As part of annual Islamic Hajj pilgrimage, millions of hajj pilgrims have visited Mecca for final prayers at the world's largest annual gathering of Muslims. 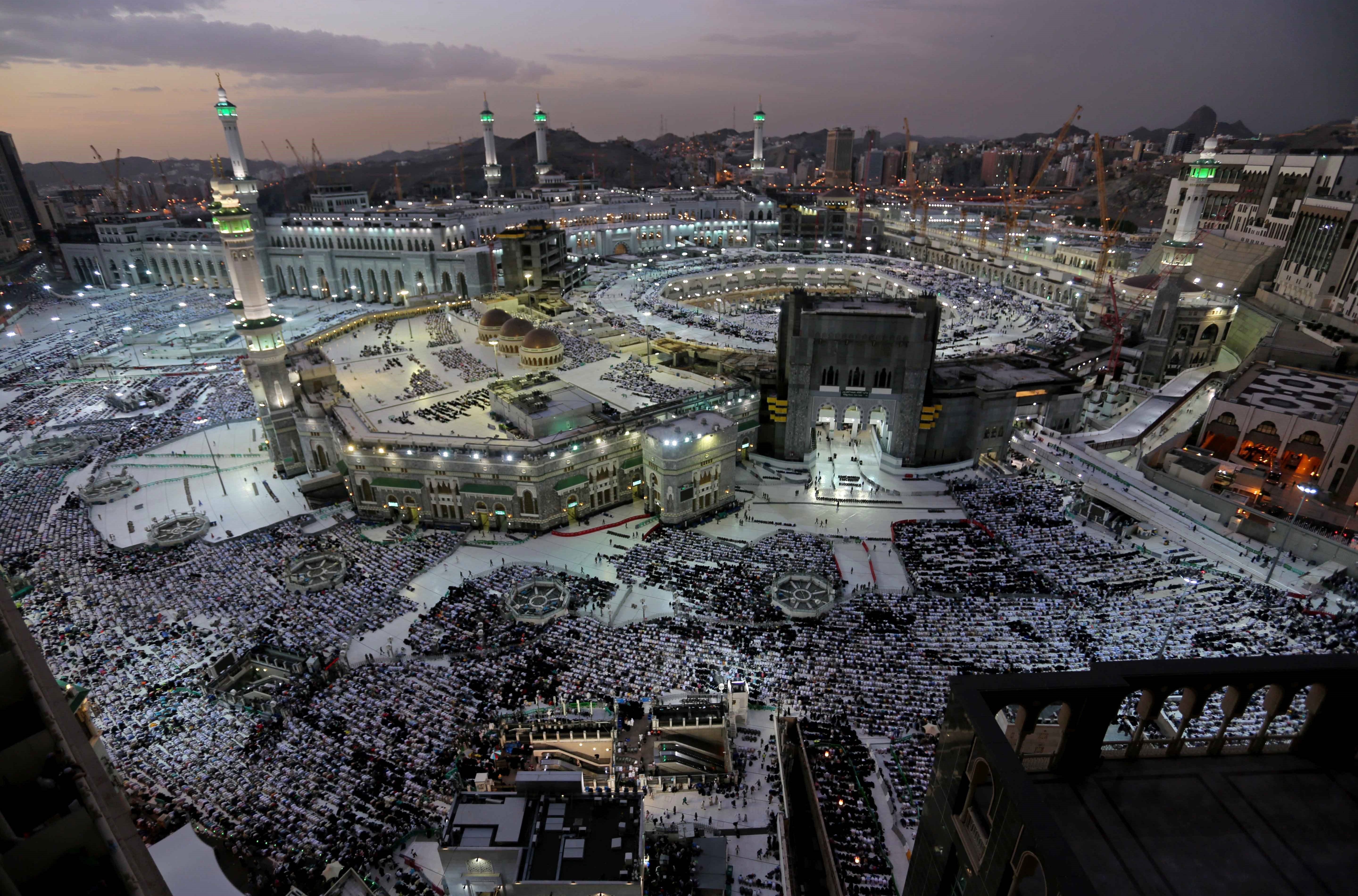 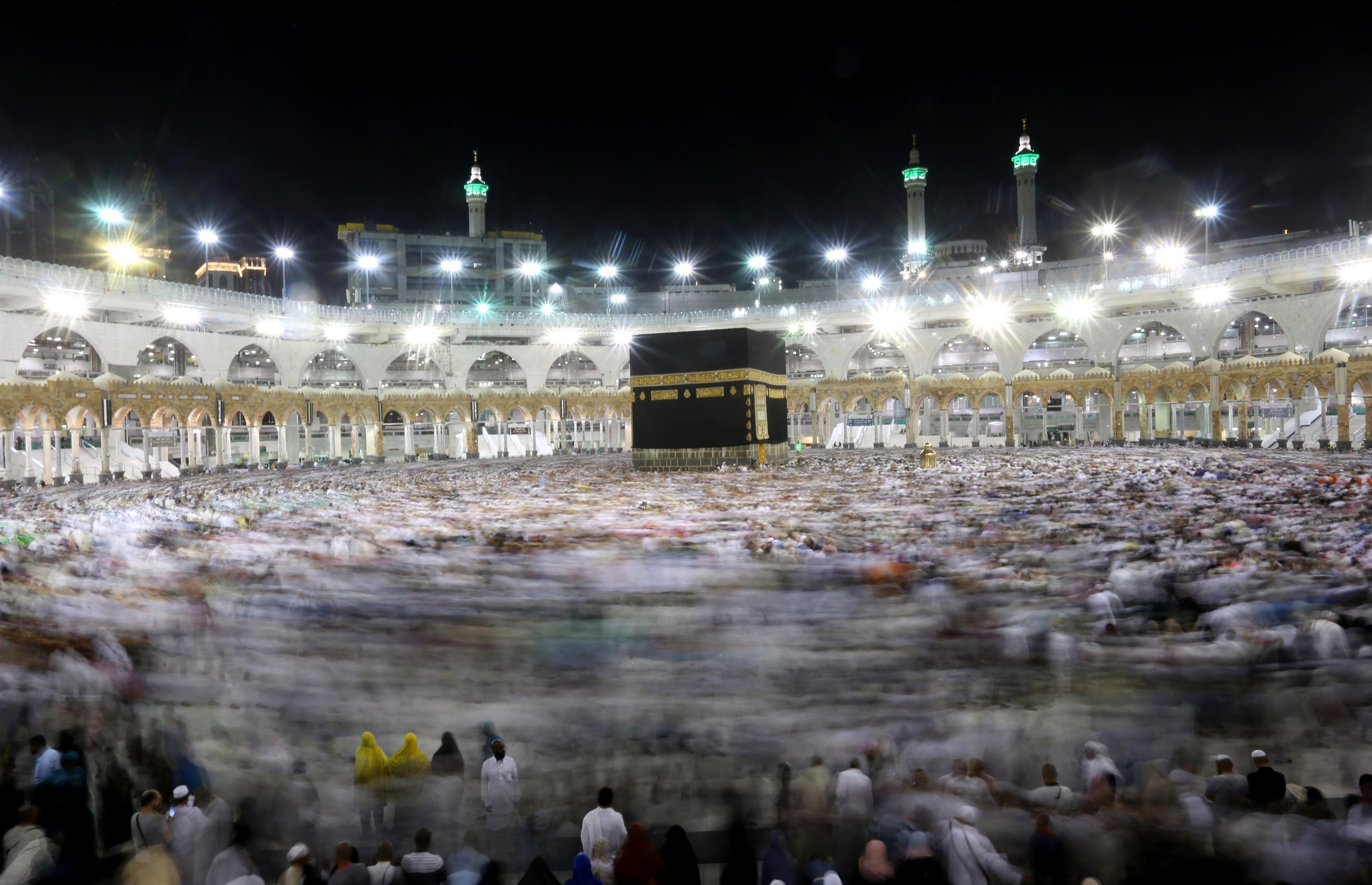 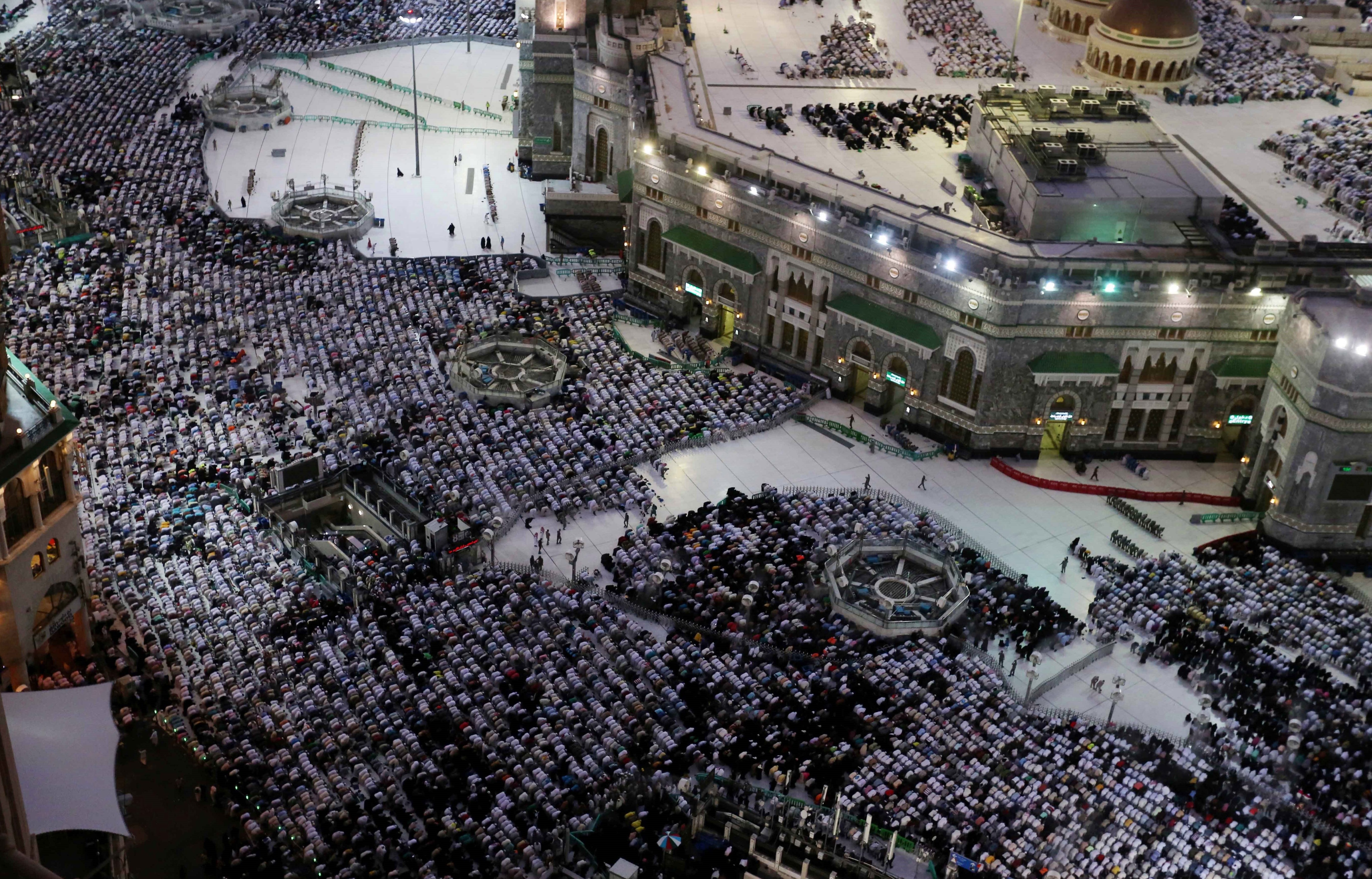 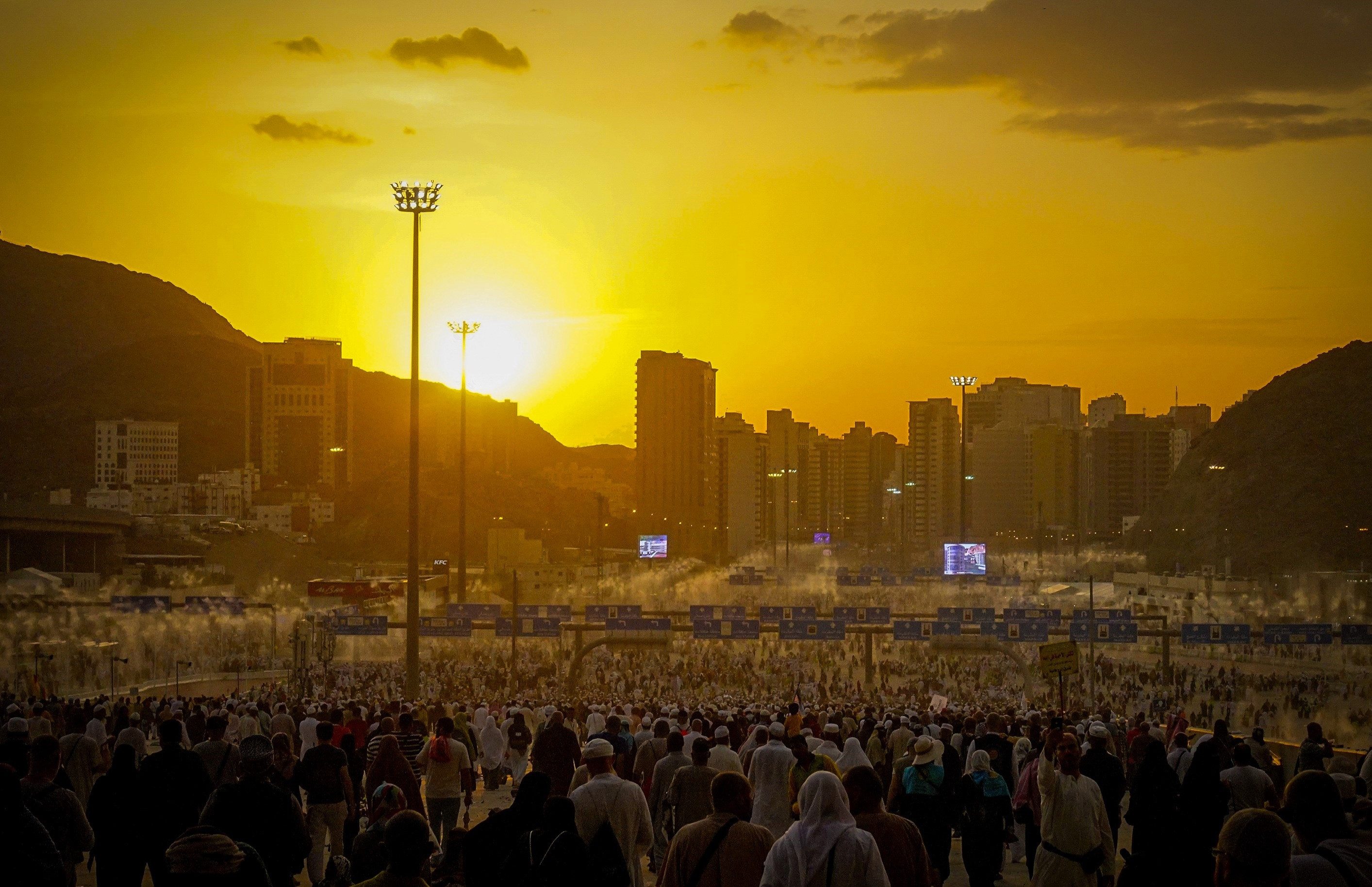 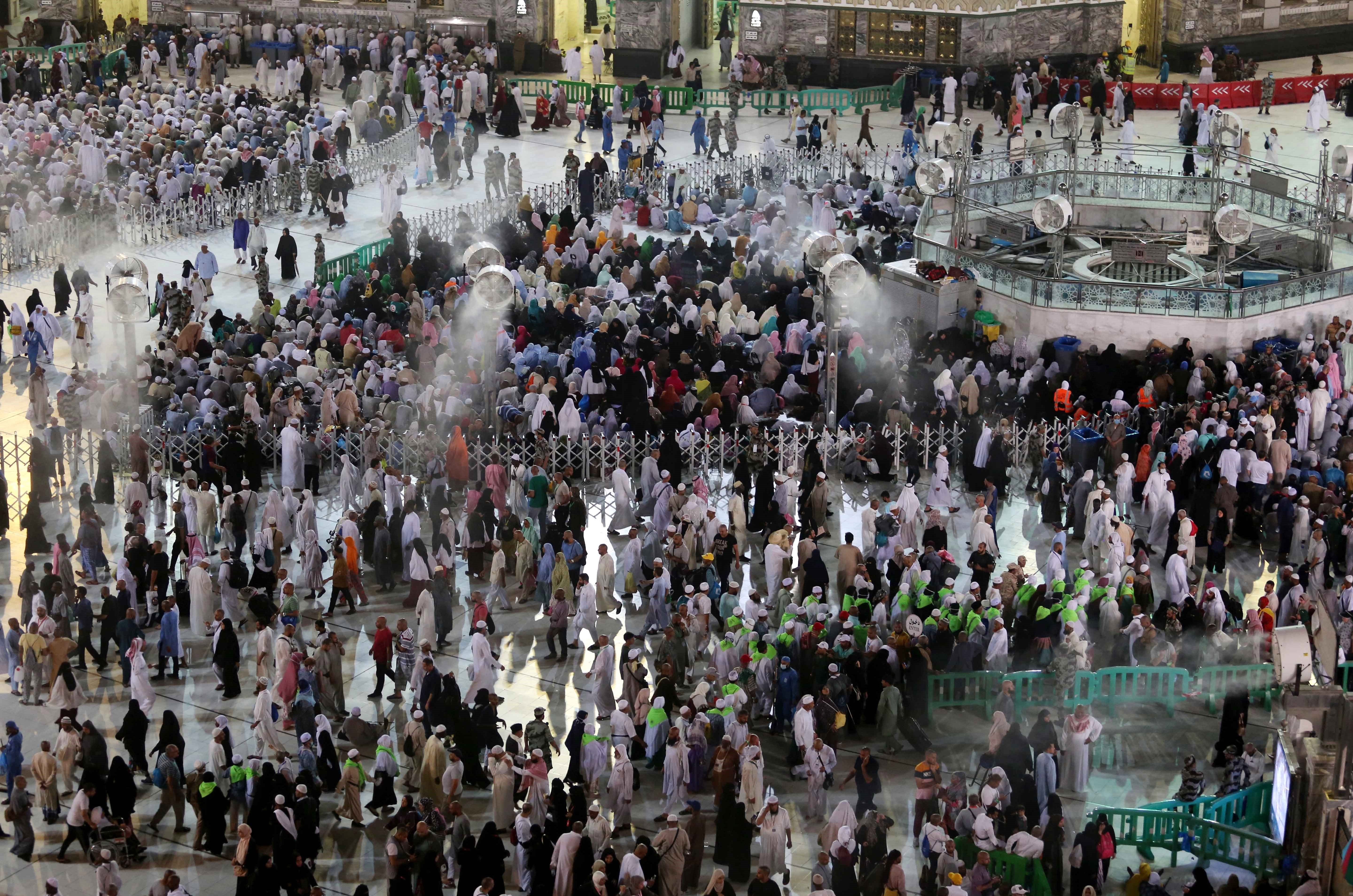 Despite heavy rainfall, officials said there had been no major incidents and the logistical, security and health plans had been successful.

Pilgrims participated in a symbolic stoning of the devil, part of the hajj rituals, in Jamarat before returning to Mecca, where the Grand Mosque filled with worshippers preparing to depart.

Saudi pilgrim Jasem Ali Haqawi said he was grateful to the authorities for a well-run week of rituals.

He said: "Nobody comes to the hajj without things inside him that he wants to ask from God.

"The sick, the indebted… such things only God can grant and so you ask God for whatever you want." 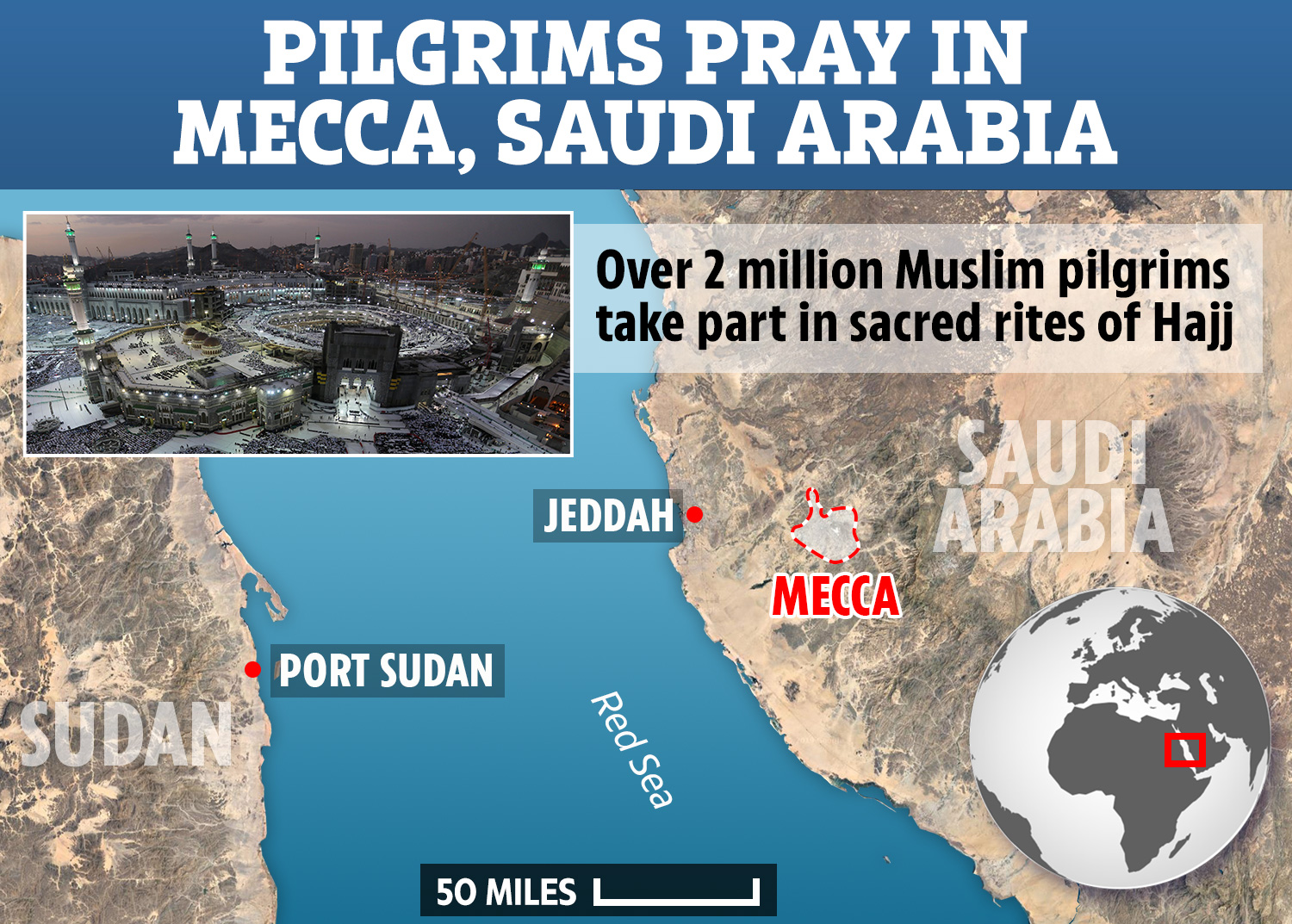 Most of the 2.5million pilgrims travelled from overseas to take part in the annual five-day ritual.

Several hundred thousand of the pilgrims were Saudi residents or citizens.

More than 120,000 members of the security forces and more than 30,000 health workers were on hand this week to maintain safety and provide first aid.

Among those attending was an awestruck Siti Haslina Yousof, a Malaysian pilgrim in Mecca, who said: "I am very happy now. It is the first time I am here in Mecca.

I am very excited."

Ali Ahmed Al-Sudani, a Yemeni pilgrim who said he was praying for unity in his war-torn country, added: "I cannot express my feelings.

"The atmosphere is spiritual, still and tranquil. We hope Yemen will be united for good." 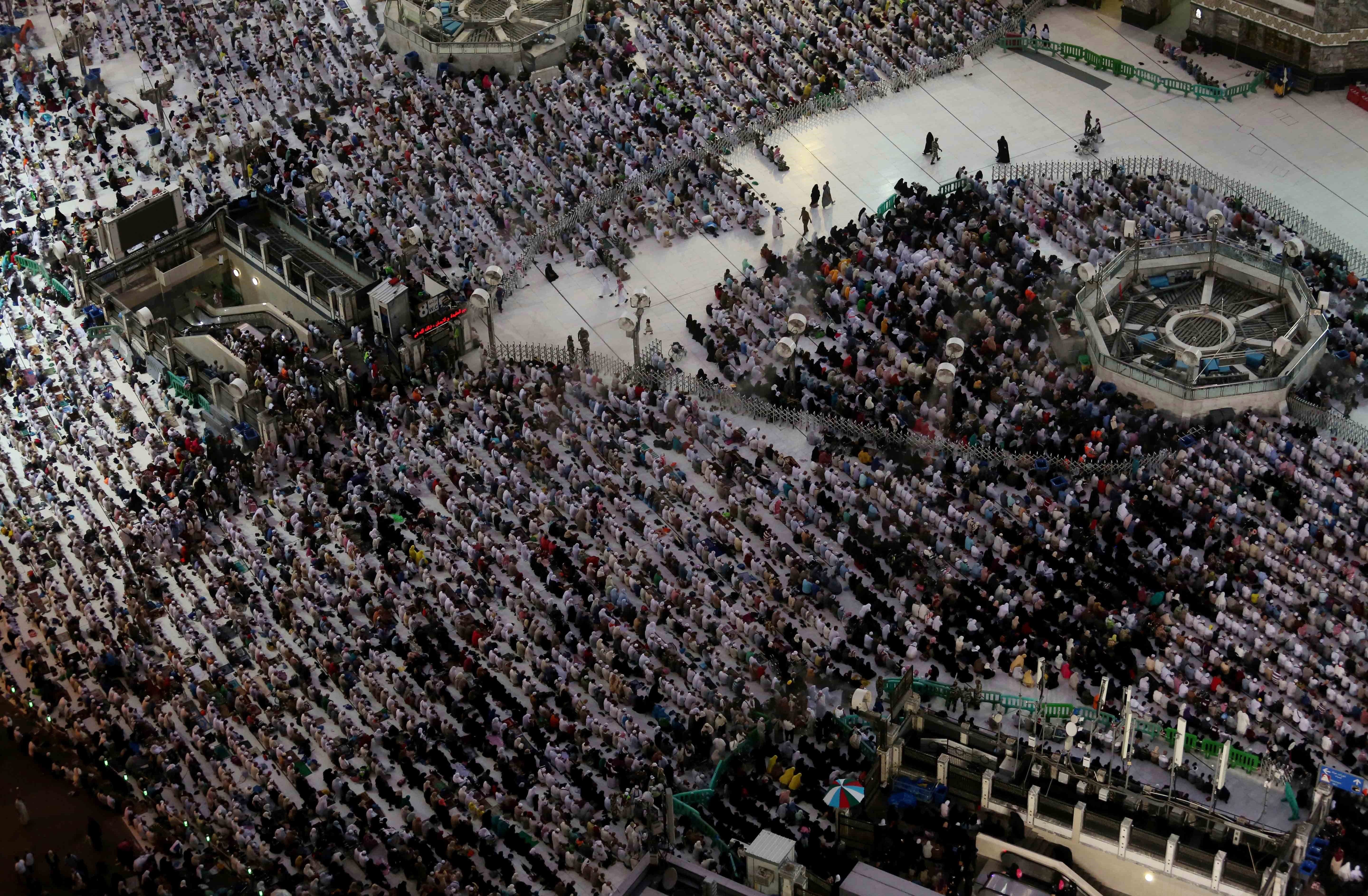 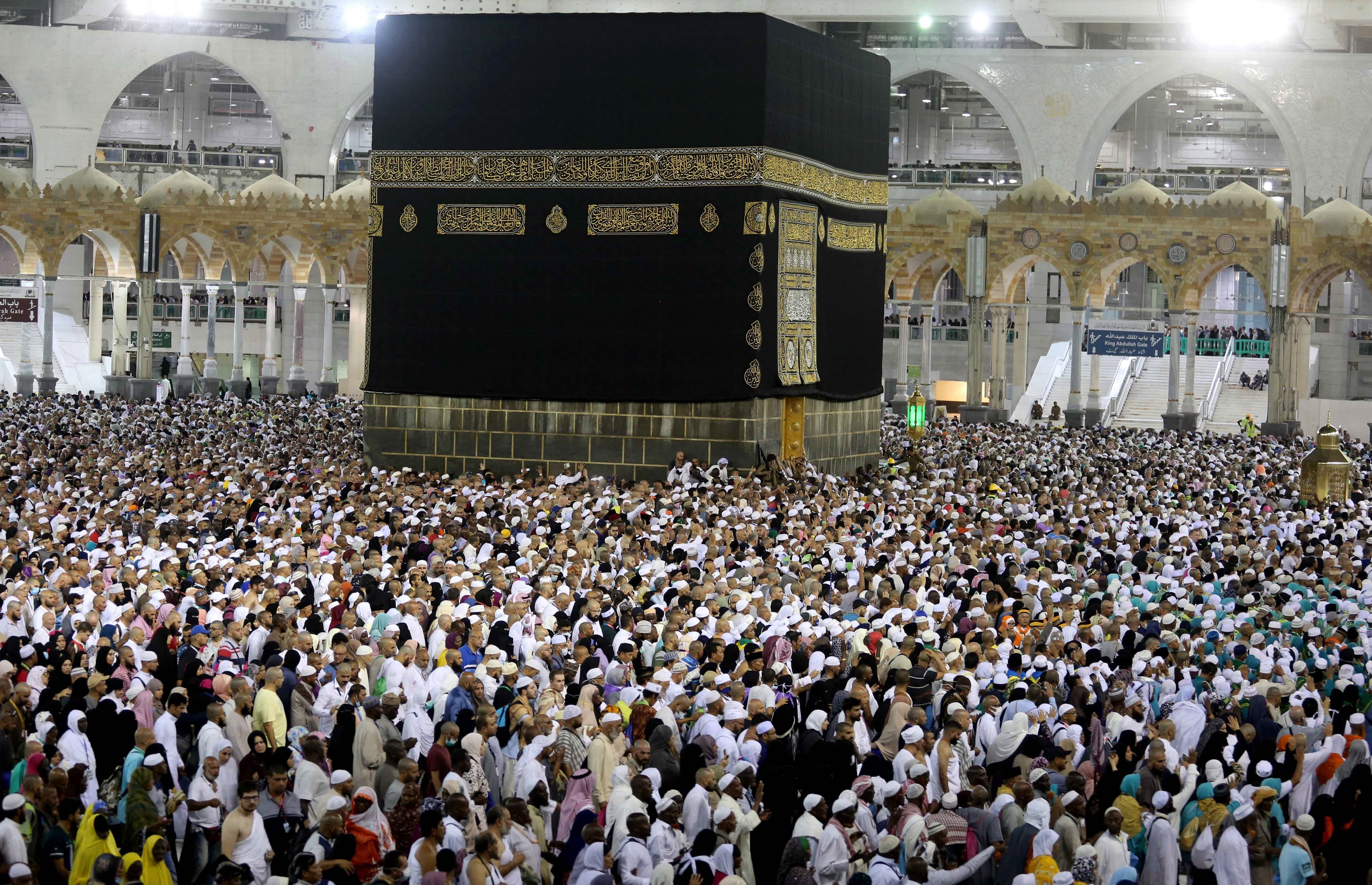 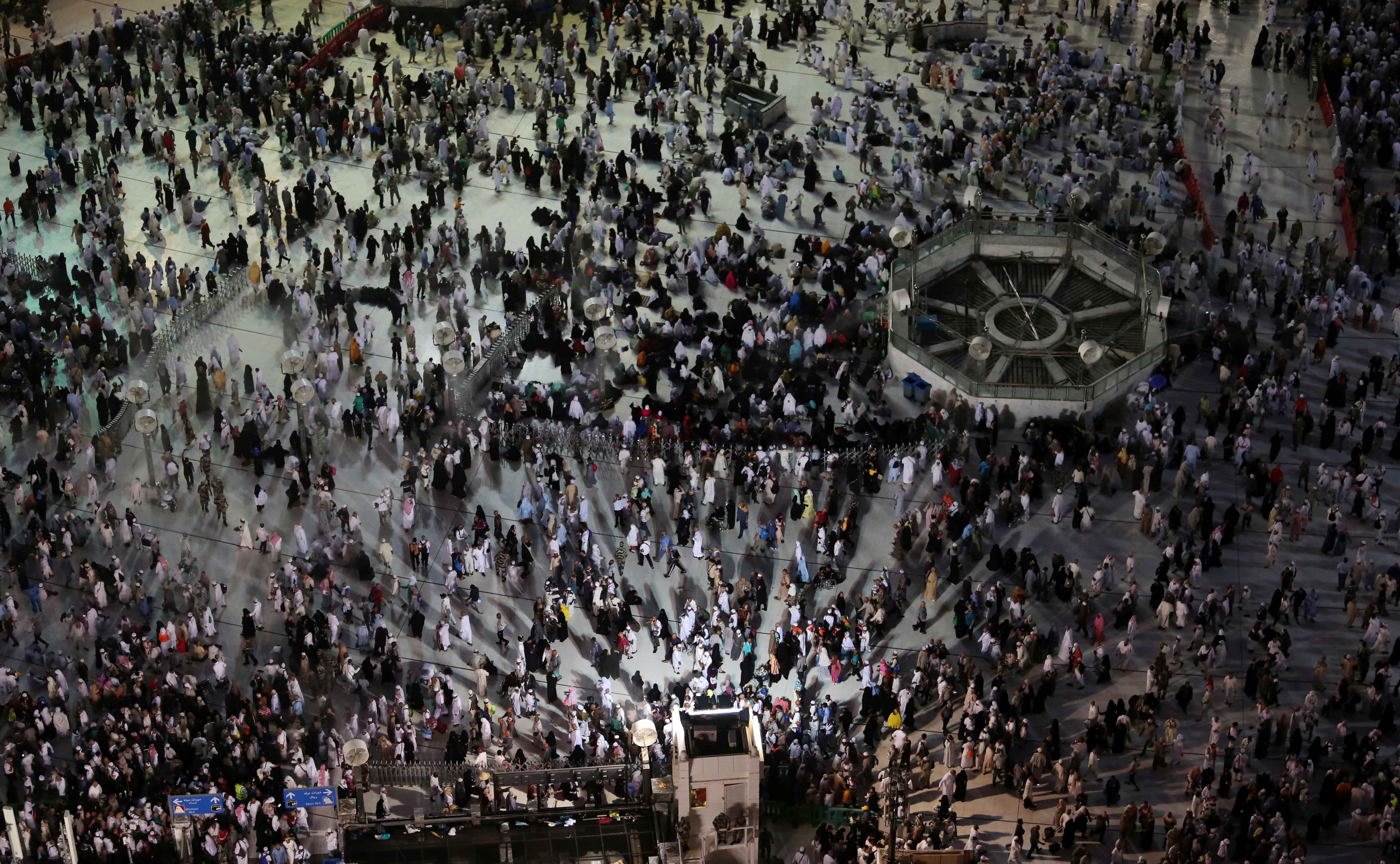 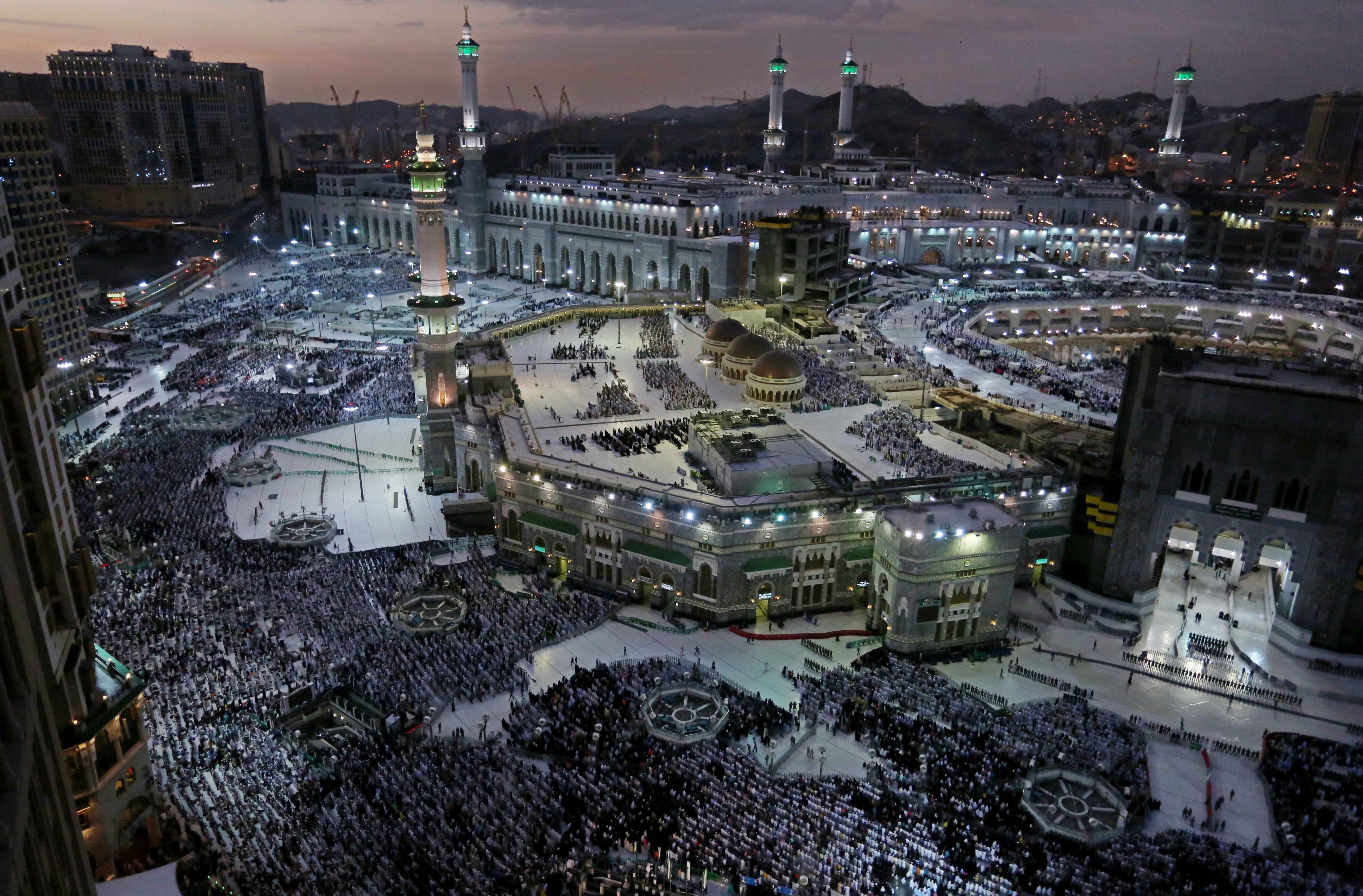 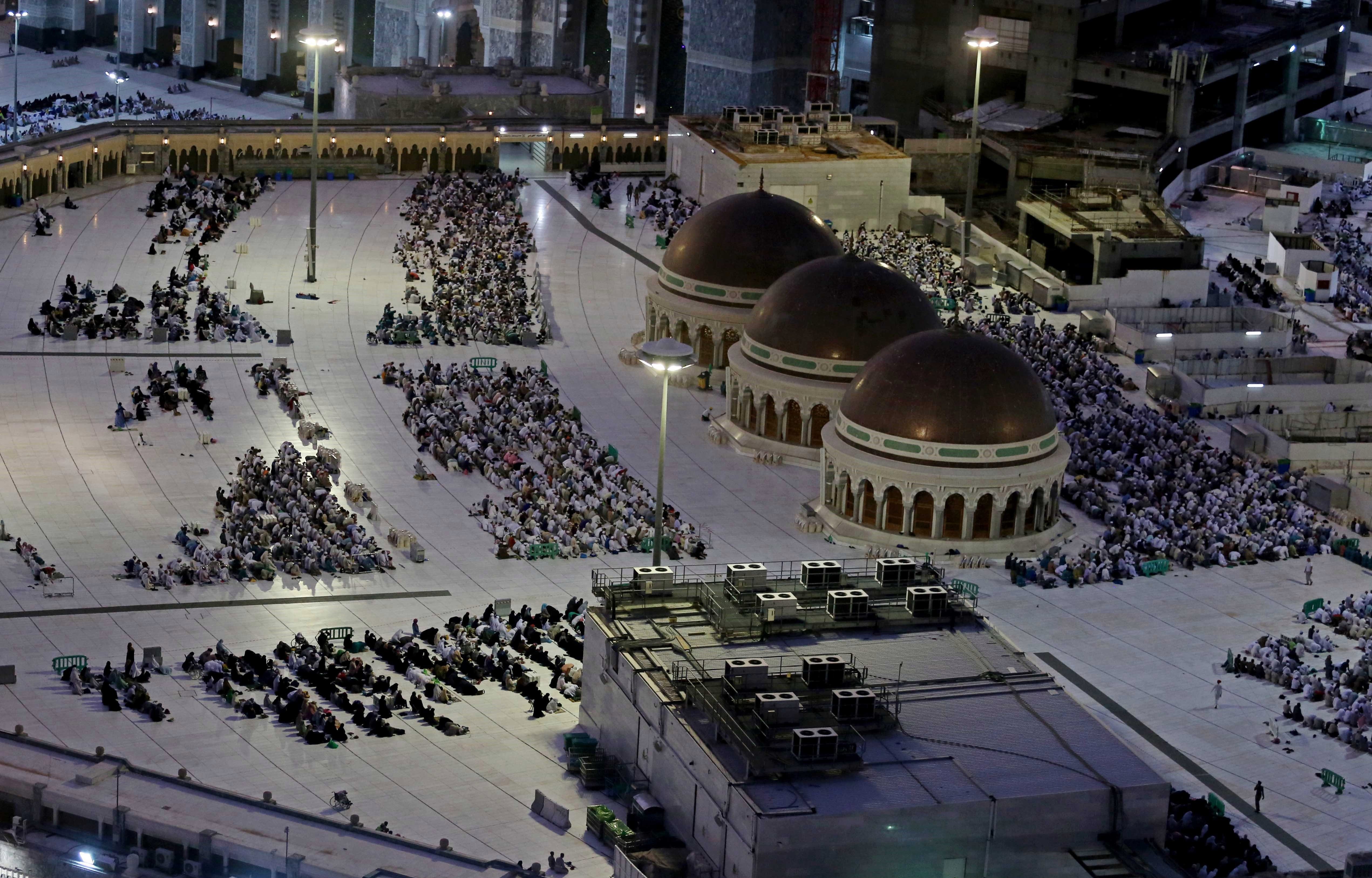 What is the Hajj pilgrimage to Mecca, Saudi Arabia?

More than 2 million pilgrims gathered in the holy city of Mecca in Saudi Arabia to perform initial rites of the hajj.

This is an Islamic pilgrimage that takes the faithful along a path traversed by the Prophet Muhammad some 1,400 years ago.

Hajj takes place from the 8th to the 12th of Dhu al-Hijja.

This is the final and the holiest month in the Islamic calendar.

Hajj is the fifth pillar of Islam which involves men and women making a pilgrimage to Mecca (Makkah) in Saudi Arabia.

Muslims are supposed to make the journey at least once in their lifetime.

The pillar is obligatory for both men and women as long as they are physically fit or financially able to do so.

Each year around two million Muslims from around the globe flock to the city for the religious event.

Women are encouraged to go, but Islam dictates they should be accompanied by a Mahram – a close relative they would never be permitted to marry.

Pilgrims participated in a symbolic stoning of the devil, part of the hajj rituals, in Jamarat before returning to Mecca, where the Grand Mosque filled with worshippers preparing to depart.

The hajj in Islam is meant to be a great equalizer and unifier among Muslims, with pilgrims shedding overt displays of wealth and materialism.

Women don conservative dress and headscarves, forgoing makeup, nail polish and perfume in an effort to draw closer to God and engage in intense worship for the five-day hajj.

Pilgrims circle the Kaaba counter-clockwise, with their hearts tilting toward the structure that's meant to symbolise the monotheistic principle of the oneness of God in Islam.

Muslims around the world pray toward the Kaaba daily, using compasses to help them pray in its direction.