REMARKABLE colourised photographs have emerged that evoke the epic and bloody battle to capture the island of Iwo Jima from the Japanese.

US marines can be seen invading the beaches against heavy defensive fire as well as evacuating the many wounded in one of the most important battles of the conflict. 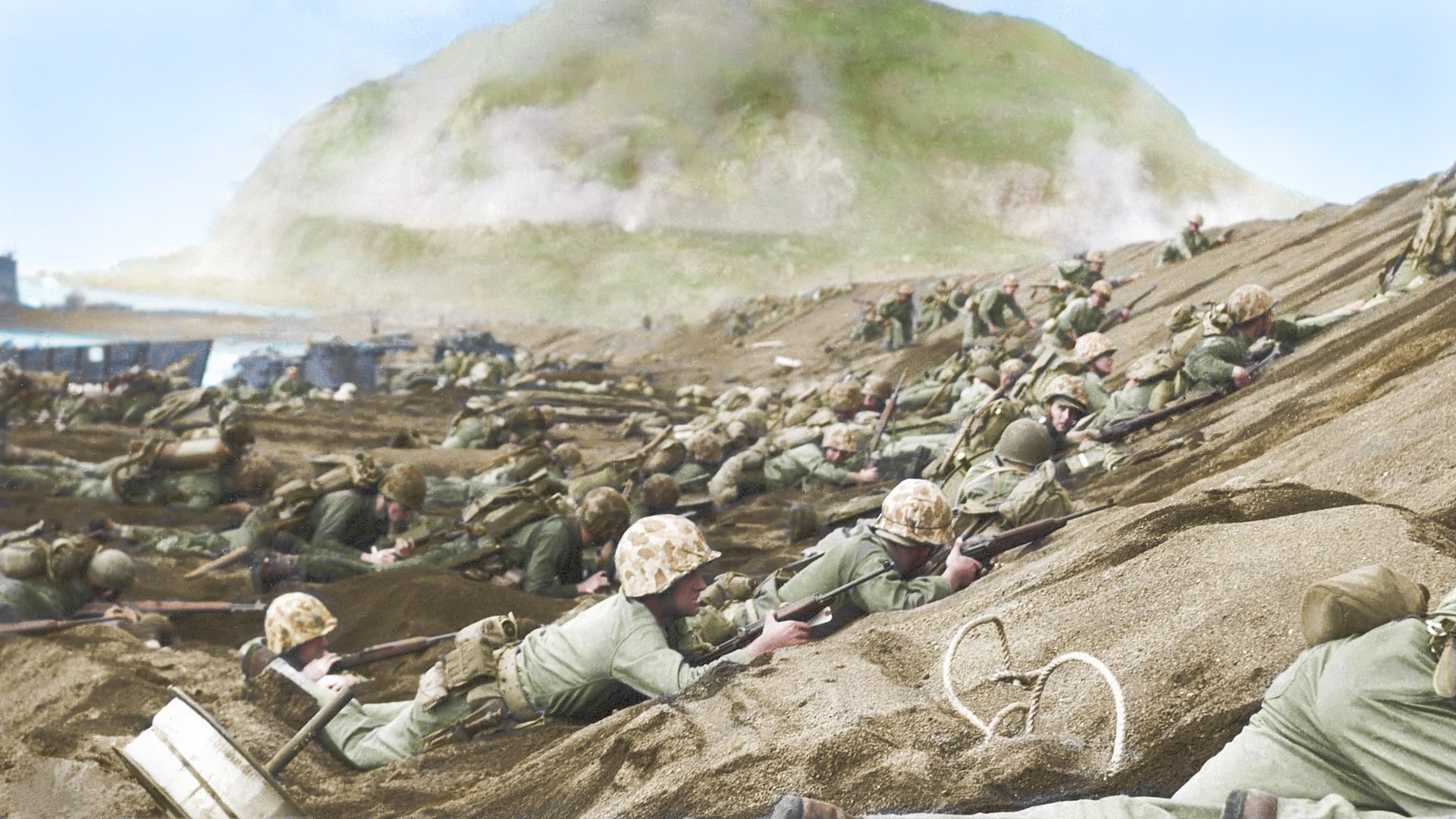 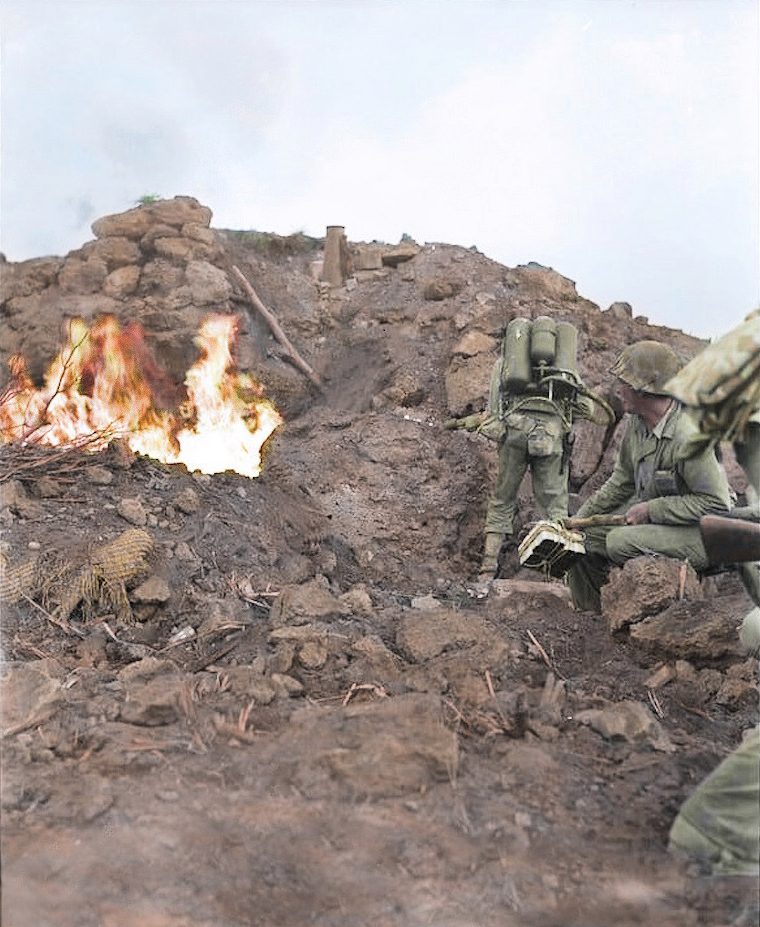 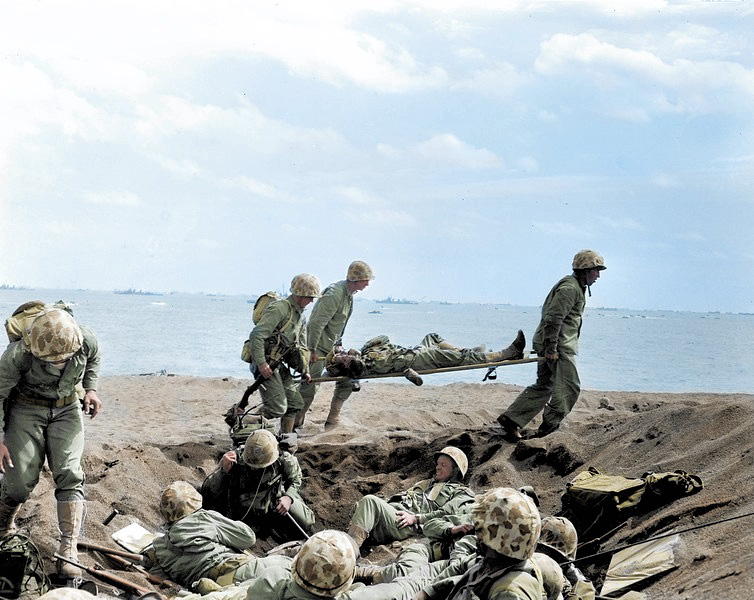 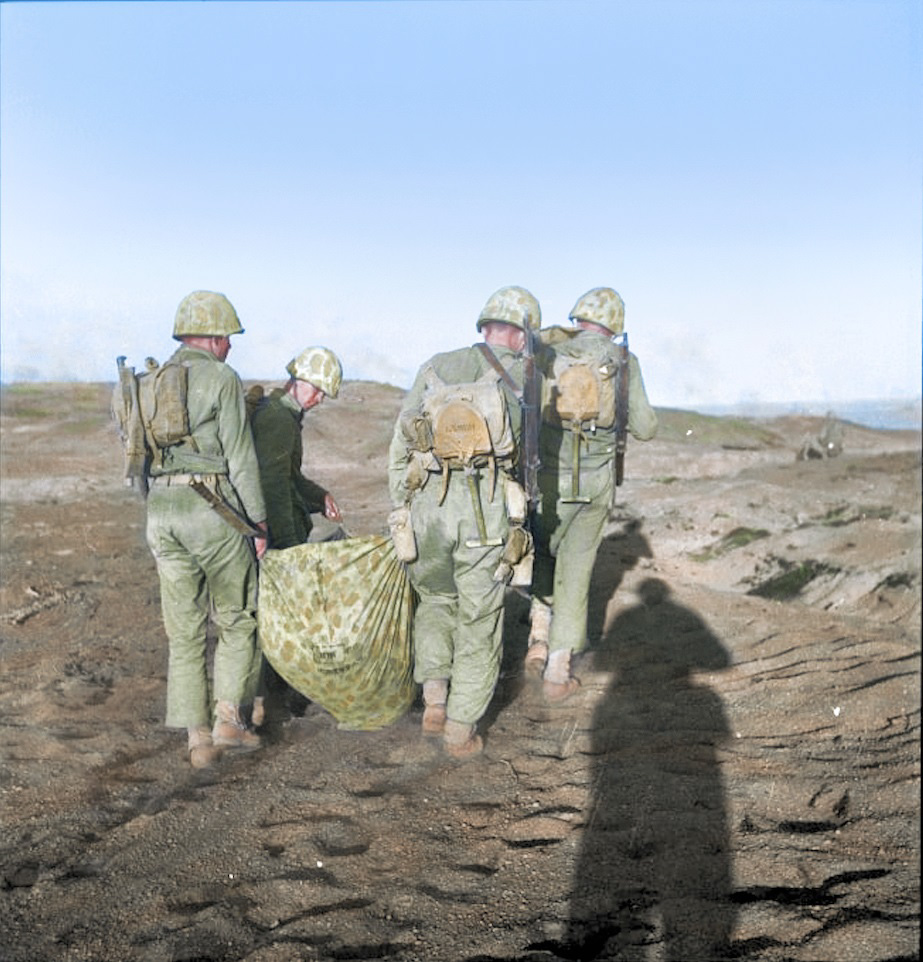 The pictures, originally taken in the spring of 1945, portray a bloodied marine being urgently stretchered away to an evacuation boat.

Another striking shot captures an American soldier taking aim at the enemy, whilst the United States’ considerable invasion fleet can be seen off the shore in the background.

Eventually US troops are photographed preparing to hoist a flag over the battle scarred Japanese Island after capturing an iconic mountaintop.

The dramatic shots have been brought to life by electrician and military enthusiast Royston Leonard, 55, from Cardiff, who spends up to five hours working on each photo.

The Battle of Iwo Jima was an epic military campaign between US Marines and the Imperial Army of Japan in early 1945.

It was therefore viewed as a crucial steppingstone en route to the Japanese mainland.

The sheer brutality of the battle was captured in the 2006 film, Letters from Iwo Jima, which was directed by Clint Eastwood and told the story from the viewpoint of both the Americans and Japanese. 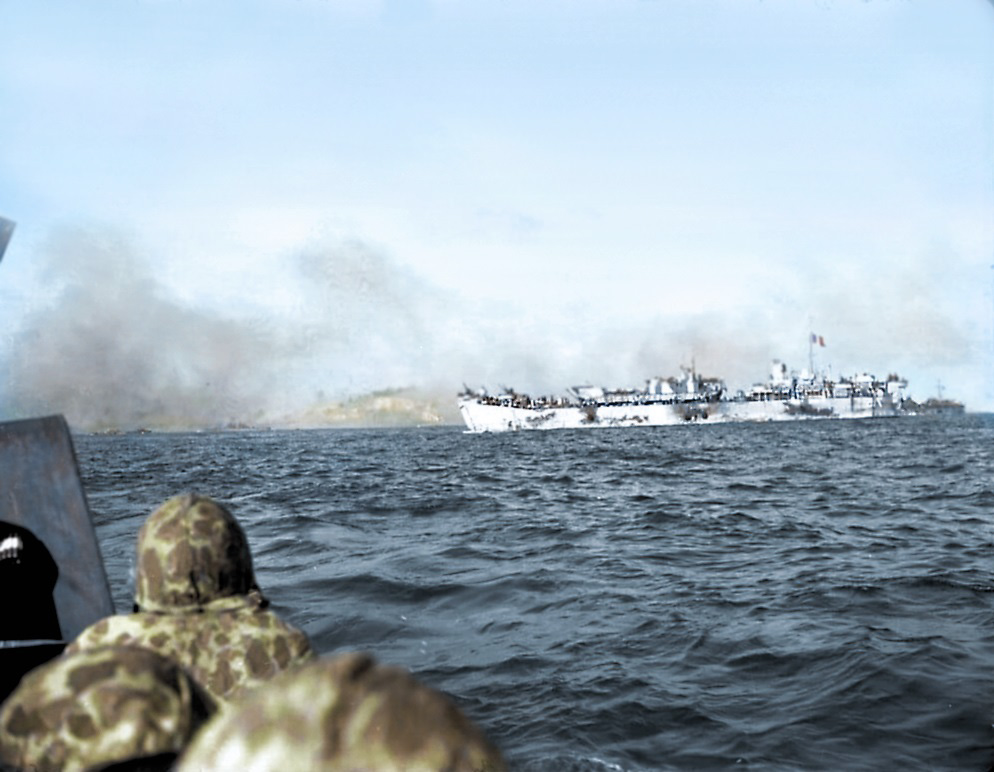 Determined to capture the airfields to use them as staging posts for bombing raids on Tokyo, US forces invaded the volcanic island on February 19, 1945.

The Allied Forces had bombarded the island for days in the lead up to the attack.

But the Japanese forces had foreseen the huge raids and prepared against them.

Iwo Jima was home to an 11-mile stretch advanced network of underground trenches, bunkers and tunnel, some reaching over 90 foot deep —all constructed to await the American offensive.

Another 20,000 US soldiers were casualties of the gruesome skirmish with a total of around 100,000 US troops involved. 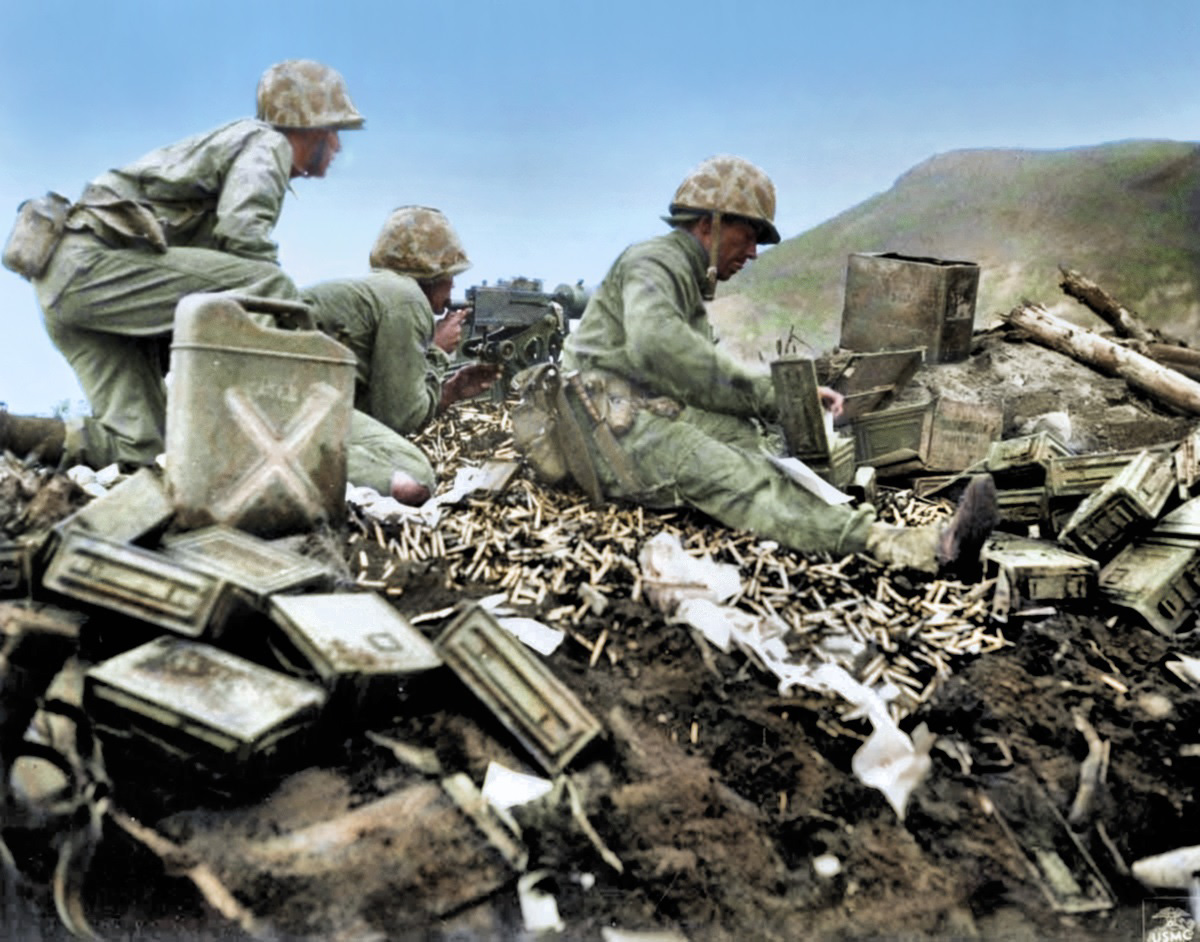 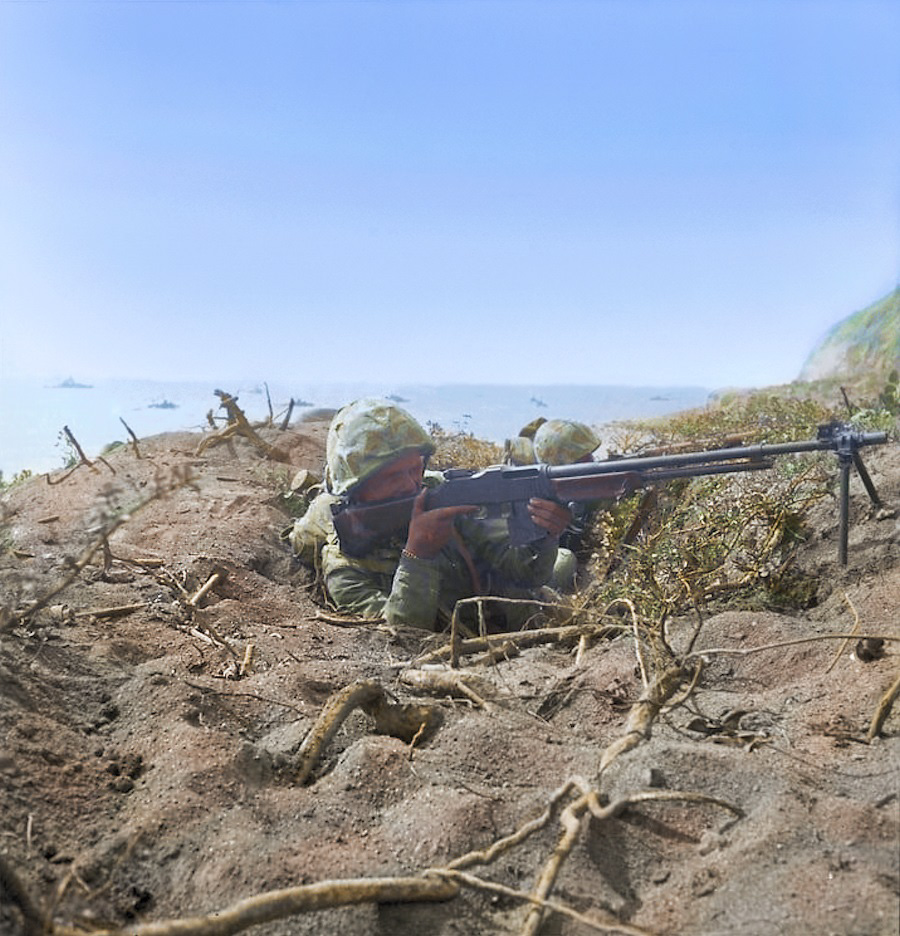 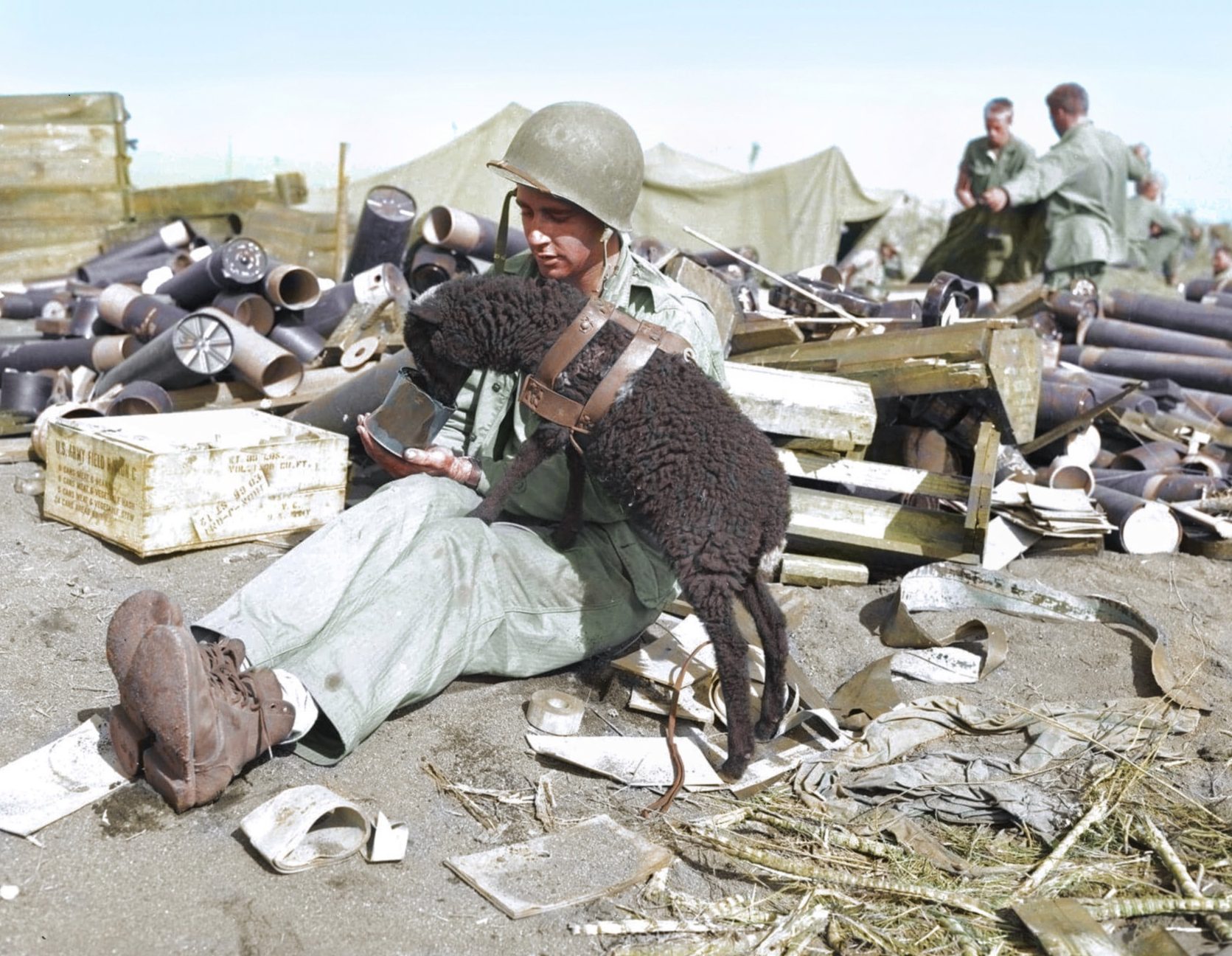 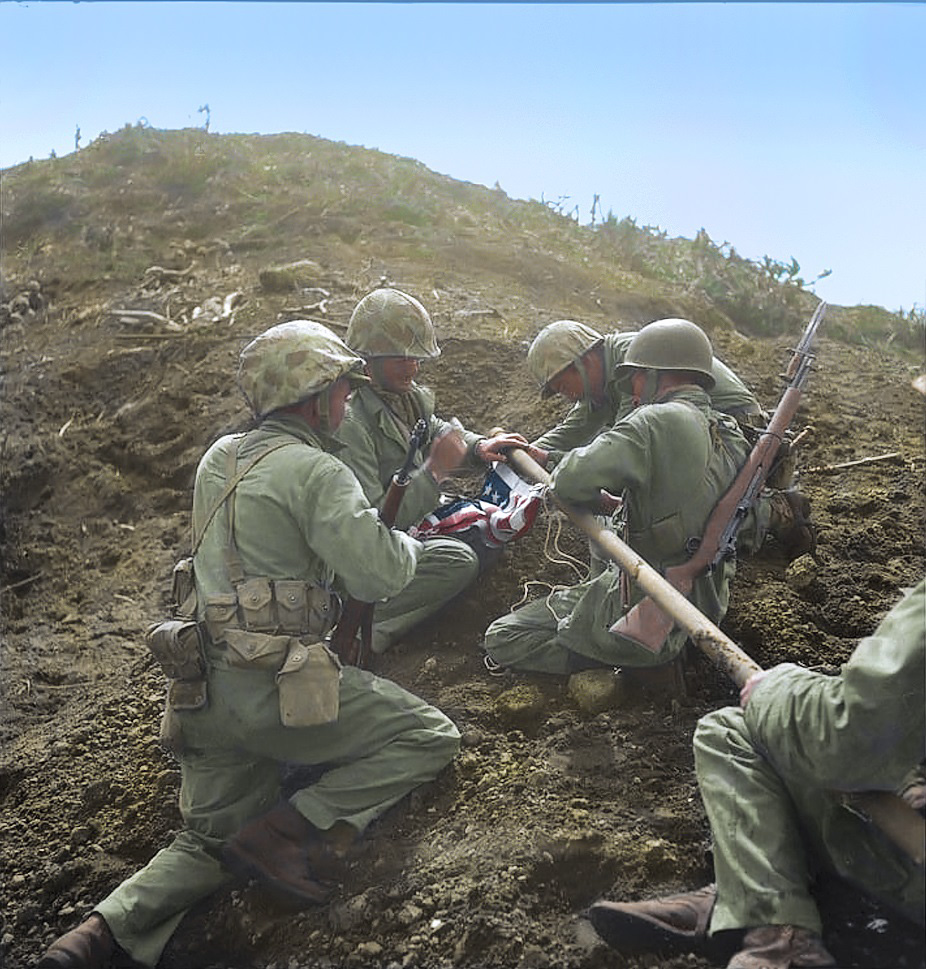 The Battle of Iwo Jima was the culmination of Pacific War that began with Japan’s surprise air attack on Pearl Harbour in Hawaii on December 8 1941.

By early 1945, leapfrogging US forces had advanced as far as Iwo Jima and Okinawa, within 340 miles of mainland Japan, at a great cost to both sides.

Eventually the war would cease after the US detonated two nuclear weapons over the Japanese cities of Hiroshima and Nagasaki on August 6 and 9, 1945, respectively.

It was the first time atomic weapons were used in warfare and resulted in the death of about 200,000 people (although estimates vary widely). 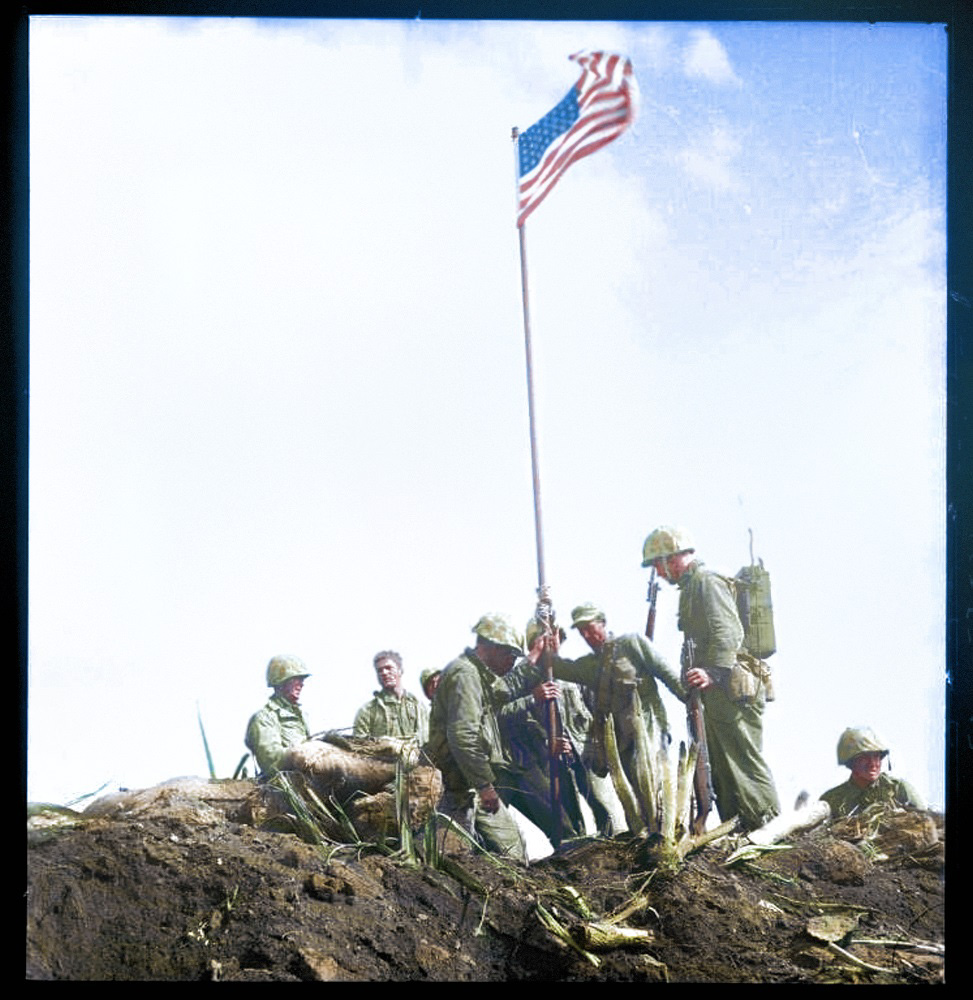