Hidden gems of the Tube: Stunning photographs reveal some of the London Underground’s most magnificent architecture across its 270 stations

It’s one of the world’s most famous transport systems and has been carrying Londoners around for 156 years.

But while many commuters will spend their time on the London Underground rushing to get to and from work, photographer Benjamin Graham took a step back and magnificently captured the network in all its glory.

Mr Graham spent much of last year getting up before dawn to photograph the Tube, which carries more than one billion passengers each year across its 11 lines that cover 250 miles and serve 270 stations.

The pictures are among hundreds in a new book released this week by Tube expert Oliver Green, which charts the history of the network – starting with its opening in 1863 as the world’s first passenger underground line.

The book, called London’s Underground: The Story of The Tube, also looks at the system’s engineering and design, its wartime involvement and how it has shaped the capital’s geography, tourism and identity.

Among the stations featured in a set from the book published by MailOnline today are Earl’s Court, known for its iron and glass roof built in 1976, and Tooting Bec, with its Arts and Crafts-style chandelier dating back to 1926.

Others include Gants Hill, the dramatic Central line station based on Moscow Metro designs, and the UFO-style Southgate station, intended to provide a sleek interchange between Tubes, buses and a shopping centre.

London’s Underground: The Story of the Tube by Oliver Green is published by White Lion Publishing for £35 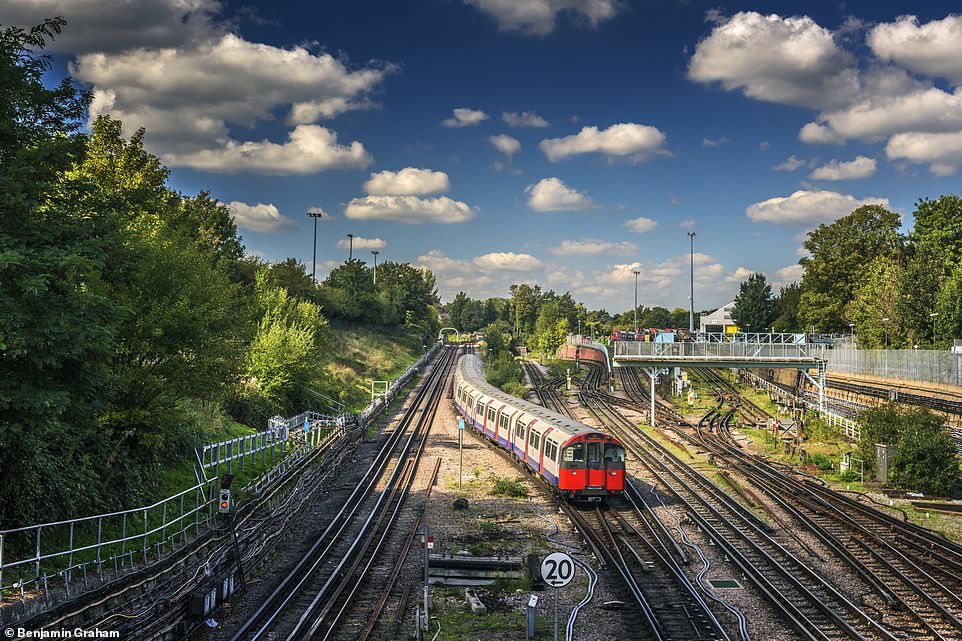 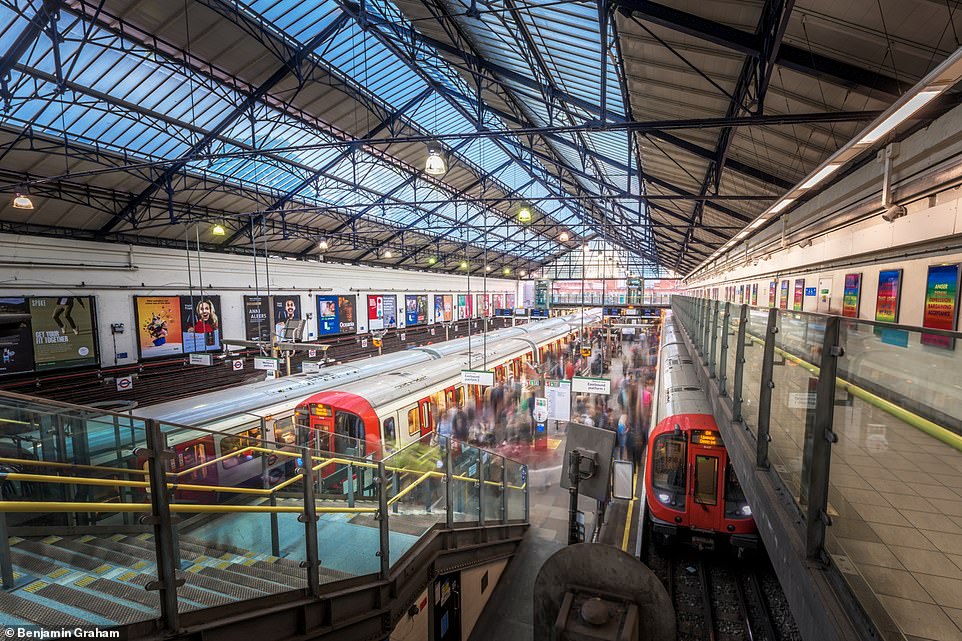 Earl’s Court is a West London hub where all branches of the District line meet under a striking iron-and-glass roof which was built in 1876. All services on the District line now feature modern walk-through S stock trains which are air-conditioned 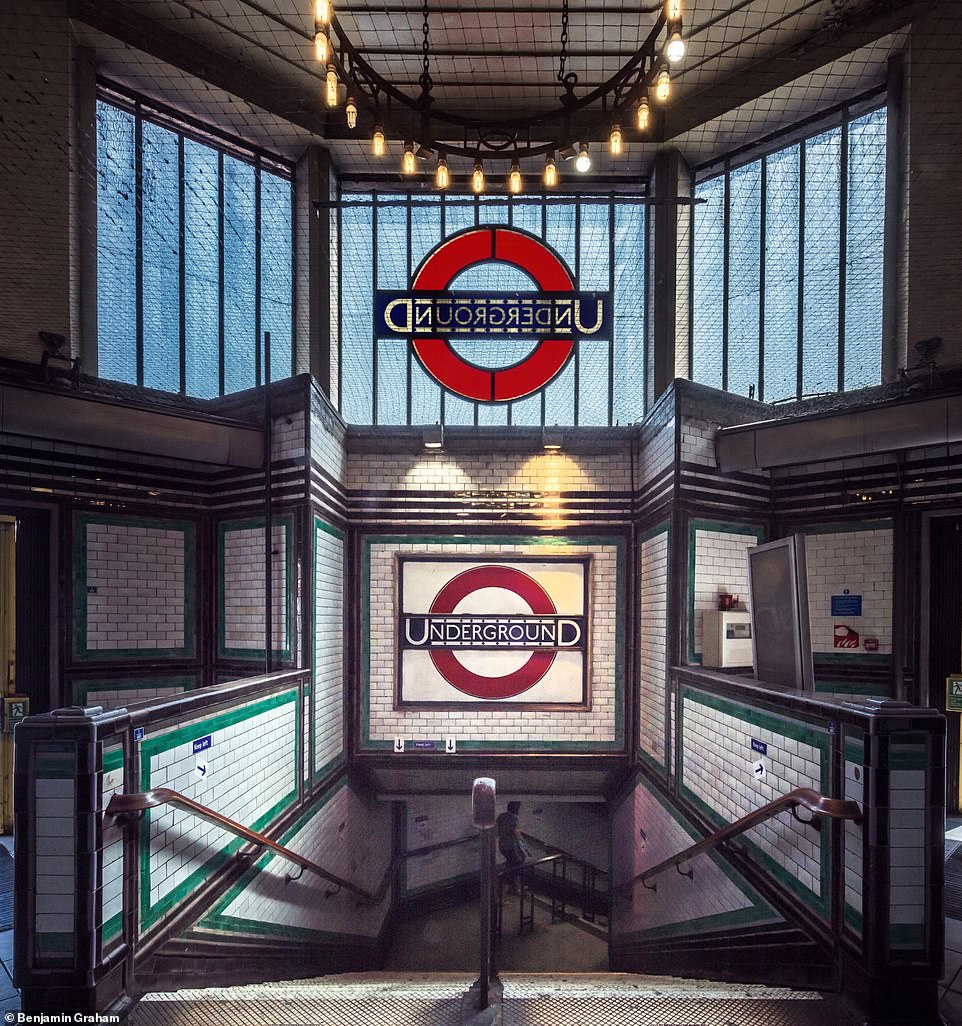 The station entrance interior at Tooting Bec station towards the bottom end of the Northern line in South London. It was opened in 1926 complete with an Arts and Crafts-style lighting chandelier by architect Charles Holden 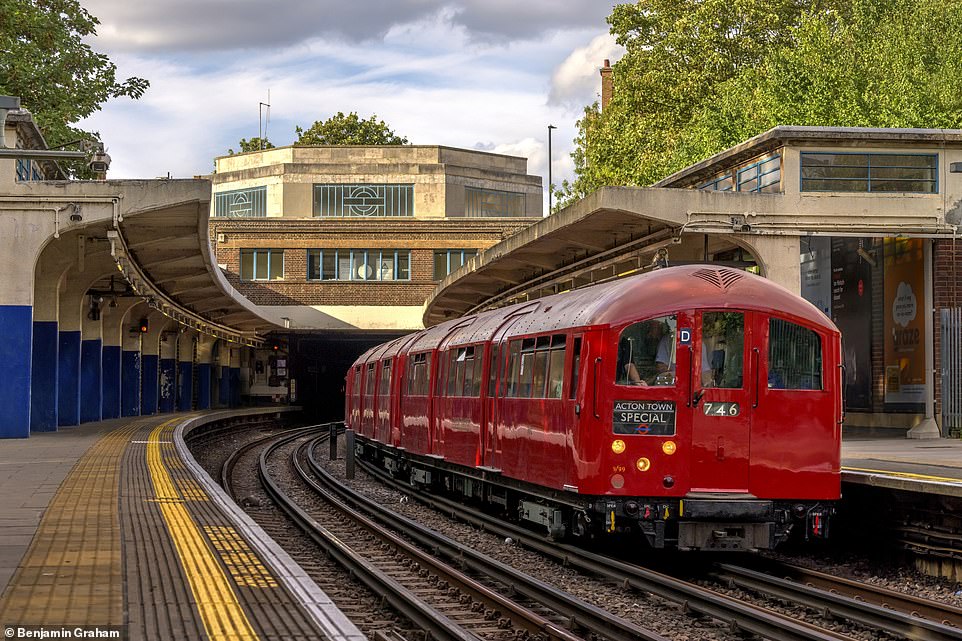 The Underground 1938 Tube stock had motors and electrical equipment housed beneath the floor and flat fronts, meaning more people could be carried. It is pictured above running on a special heritage service at Ealing Common in West London 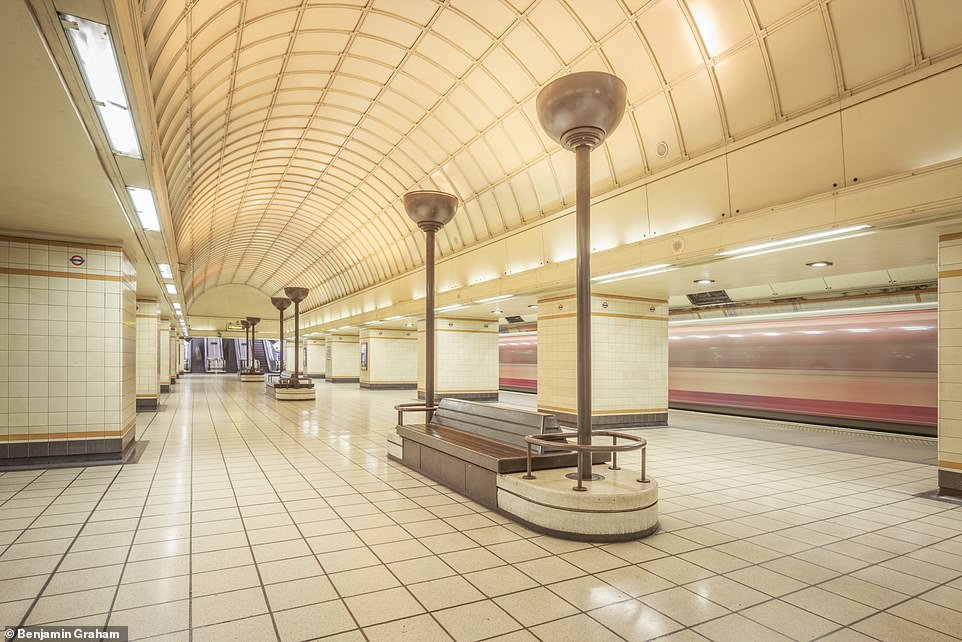 The ‘Moscow’ concourse at Gants Hill station on the Central line, which opened in 1947. The dramatic design is a tribute to the Moscow Metro stations of 1935, which are double-ended with a central concourse opening out at full-length to the platforms 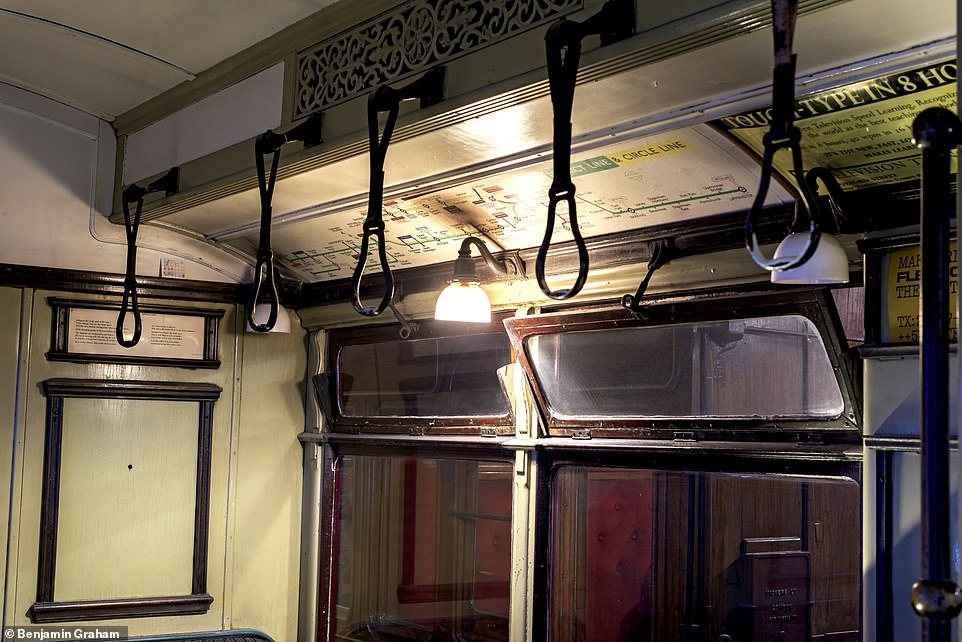 The luxurious-looking interior of District line carriage dating back to 1923. The G-stock carriage had American-style provision for ‘straphangers’ – with this particular model now in display at the London Transport Museum in Covent Garden 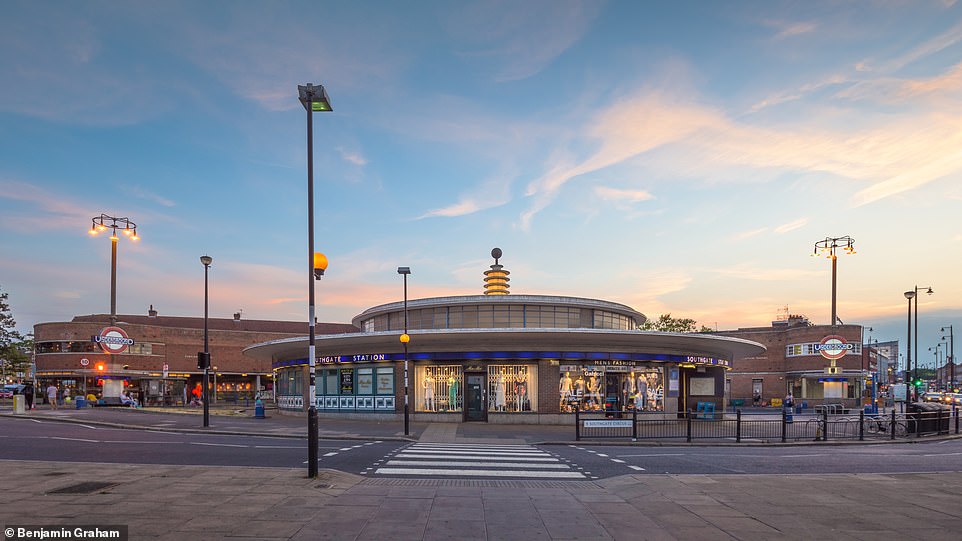 Sunrise at Southgate station on the Piccadilly line. The UFO-style station is one of the best known by architect Charles Holden, who had the intention of building a sleek interchange between Tubes and buses, and the local shopping centre 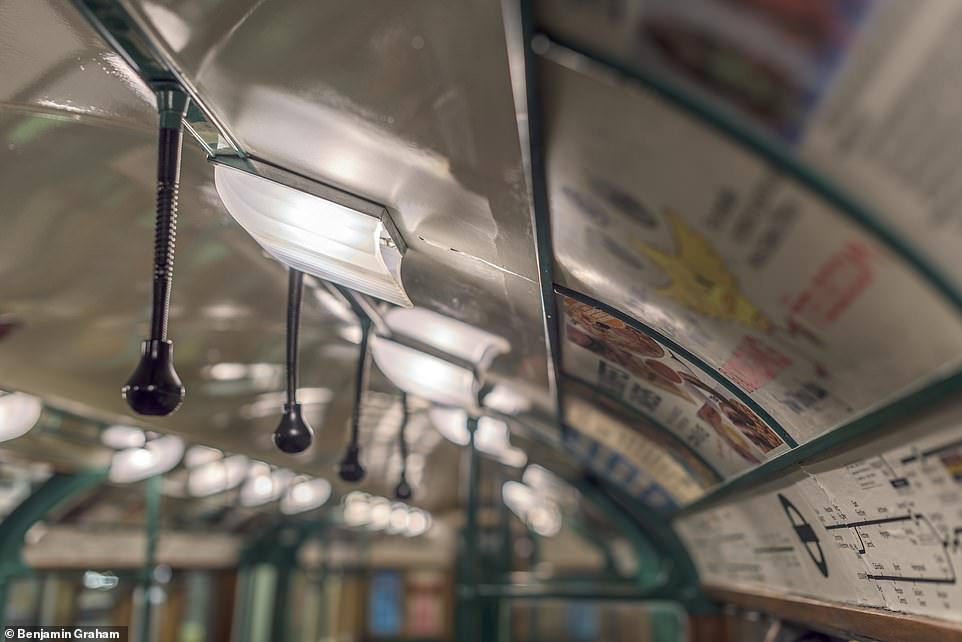 The elegant Art Deco lighting on board the 1938 tube stock with a Northern line map visible. These trains featured sprung hand grabs which found a new use during the Second World War when they were issue to commando troops as coshes 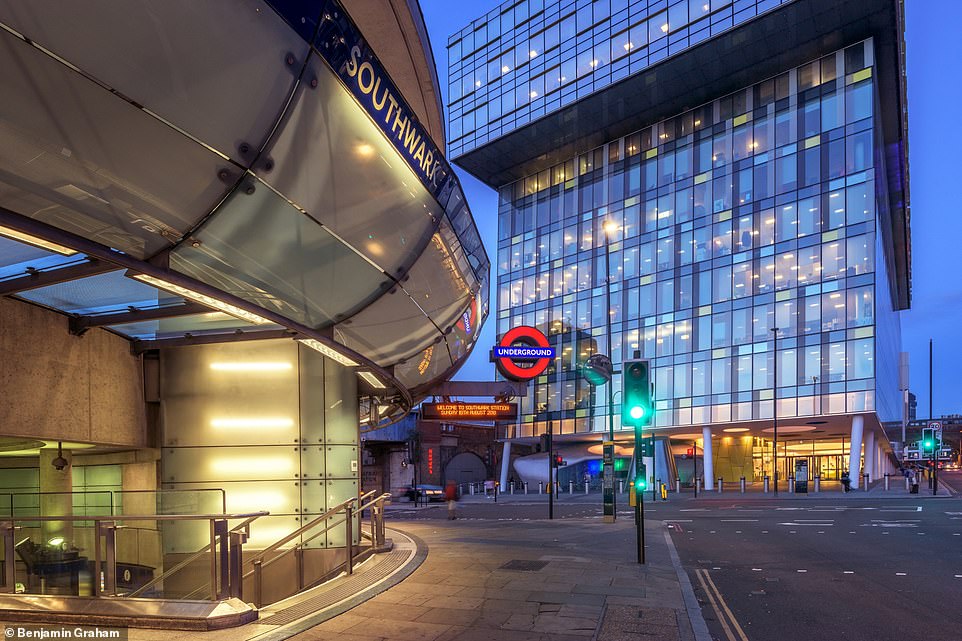 Southwark station was opened in November 1999 as part of the Jubilee line extension. It is located opposite Transport for London’s Palestra office building, near Waterloo East National Rail station and next to the disused Blackfriars Road station 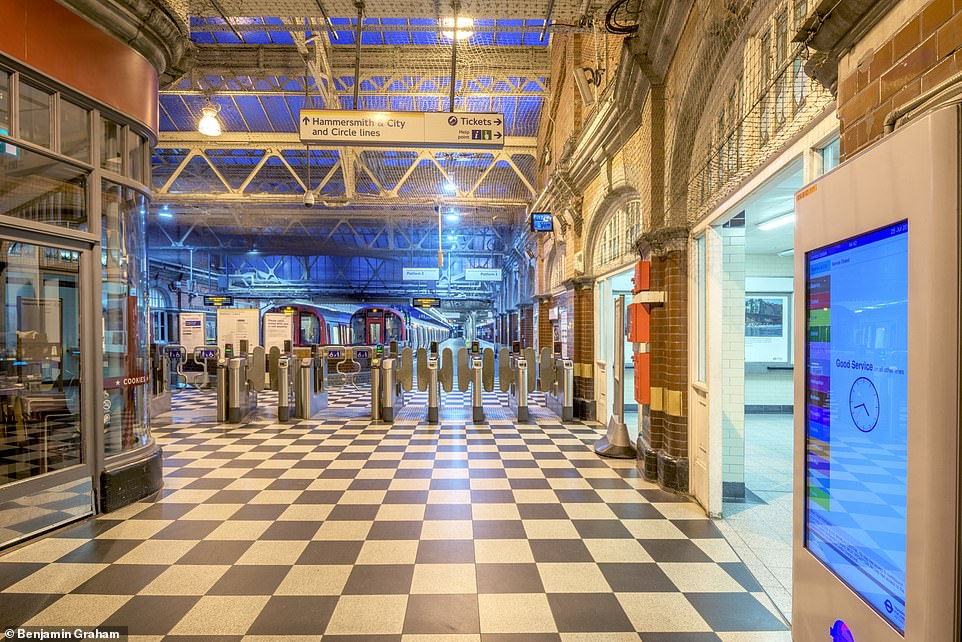 The interior of Hammersmith station at the end of the Hammersmith & City line, which opened in 1868 and was then rebuilt by the Great Western Railway’s engineering team in 1907 after electrification – with a new frontage by architect PE Culverhouse 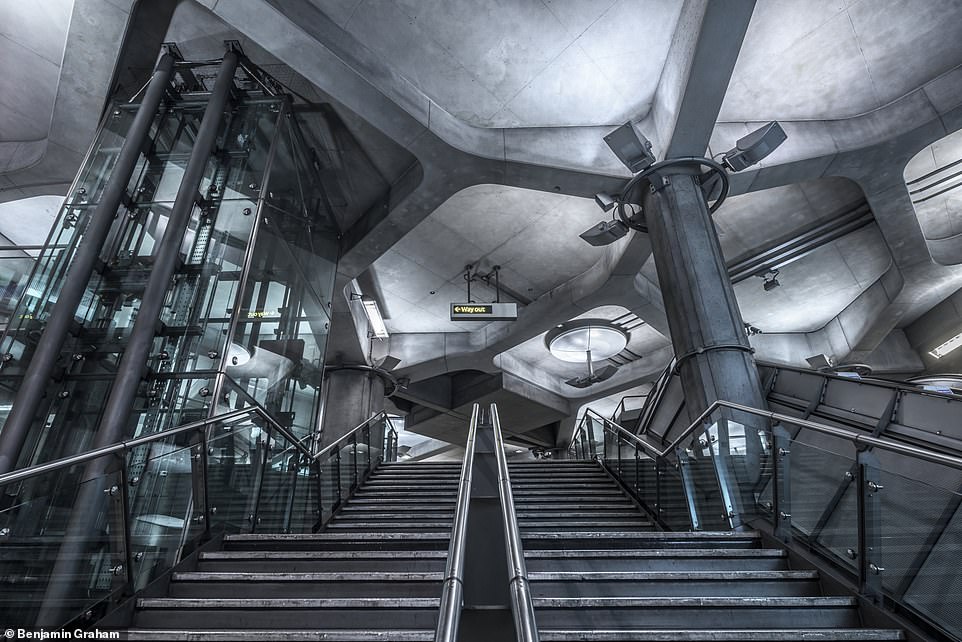 The Jubilee line extension station at Westminster, which has been compared to the works of Italian artist Giovanni Battista Piranesi, was built directly underneath the District and Circle line platforms without disrupting the service above 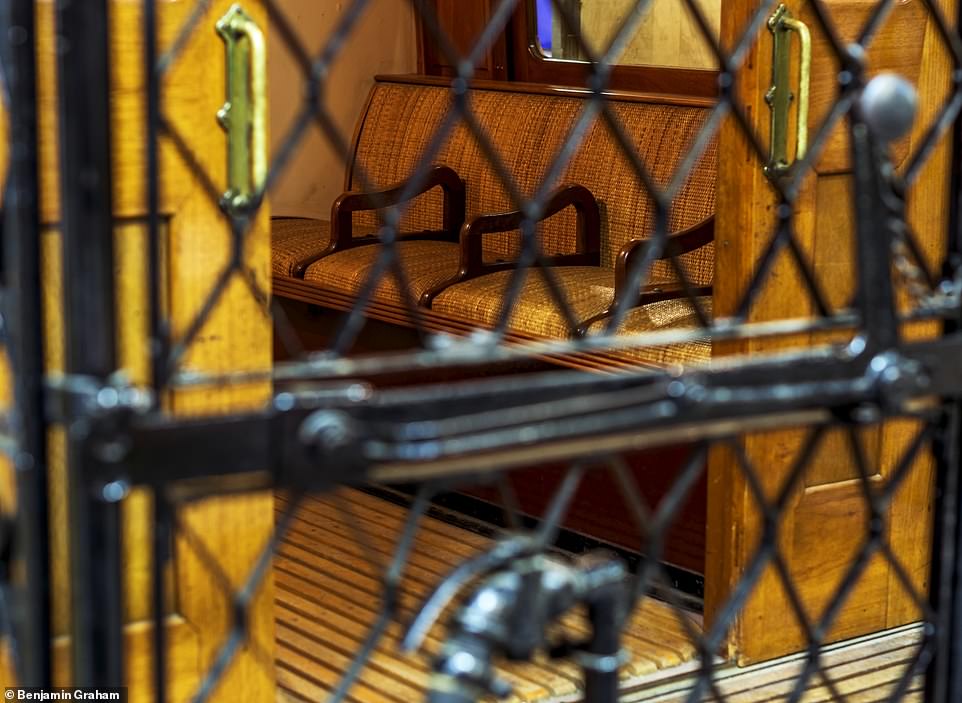 These hand-operated lattice metal gates were once opened and closed at stations by a gateman riding on the open platform between the cars. Each six-carriage train needed four gatemen, but they were replaced in the 1920s with air-operated doors 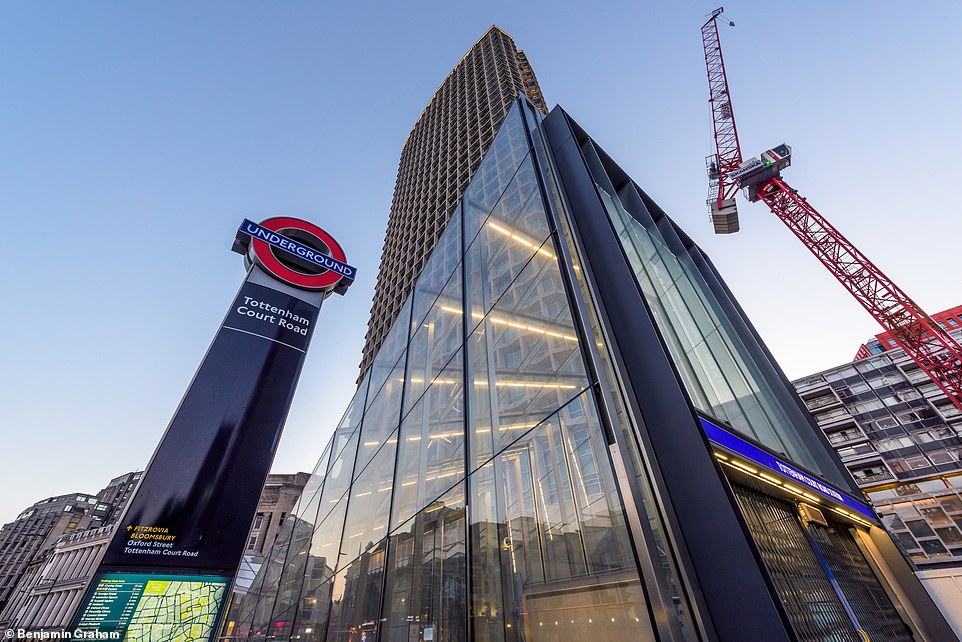 The new Tottenham Court Road station for the Central and Northern lines was opened in 2018. It will also serve the Elizabeth line when it opens – possibly late next year – and features interior tiles designed by French artist Daniel Buren 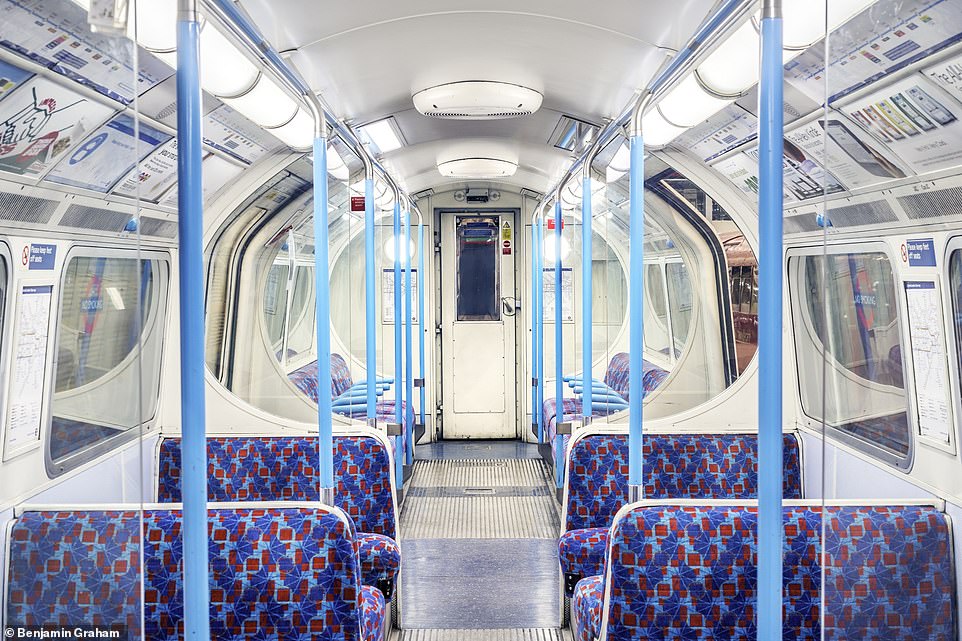 The 1967 Victoria Line carriages will be familiar to many London commuters, having only been replaced in 2007. They had a complete interior redesign in the 1990s. The carriage pictured above was used by the Queen for the line’s opening in 1969 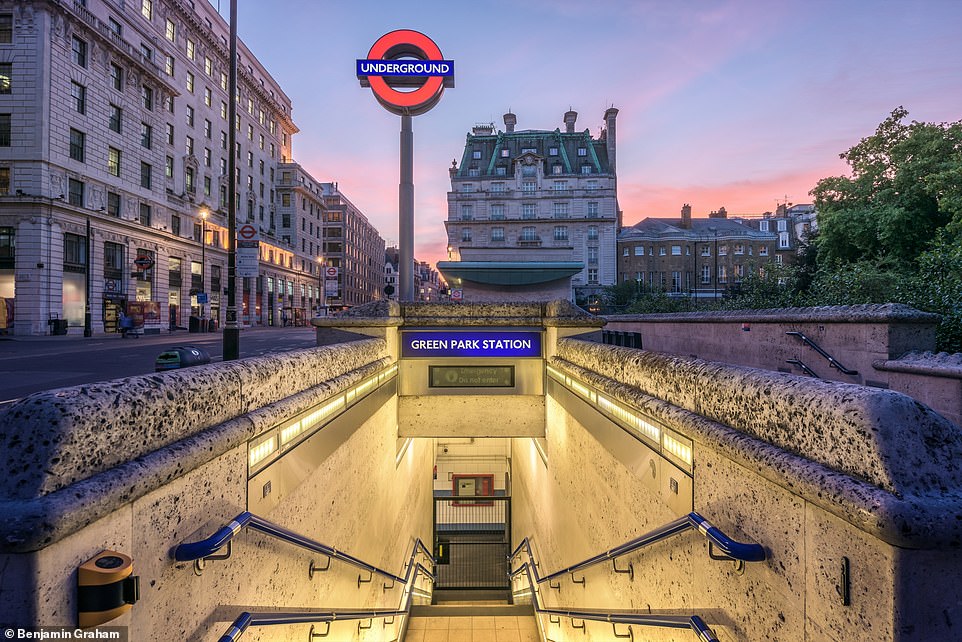 Green Park was the first Underground station in Central London to have unrestricted street-to-train access in 2011, with a ramped entrance from the park and lift access going from the street to the booking hall from a Portland stone lift canopy