A suicide attack against a Coptic Christian church north of Cairo failed today when the bomber blew himself up when security guards approached him.

The man had been walking among churchgoers, while wearing an explosives belt, and tried to enter the building in the Mostorod district in Qaliubiya province.

But heightened security around the church prevented him from reaching his intended target, state media and security sources said. 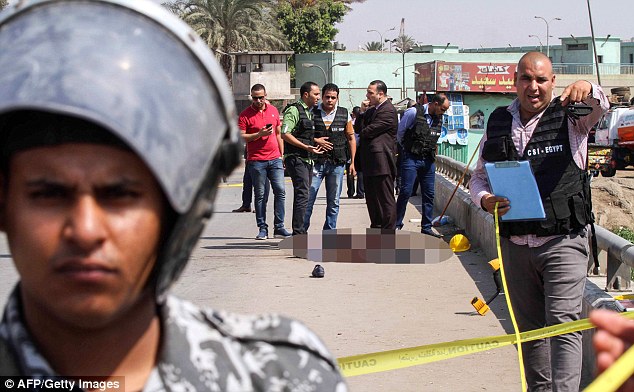 Egyptian investigators gather around the body of a suicide bomber whose explosives detonated before reaching the Church of the Virgin Mary, on the northern outskirts of the capital Cairo, on August 11

He detonated the explosives about 250 meters (275 yards) from the church, killing himself. No other fatalities were reported.

The bomber was forced to detonate his suicide belt as a result of the heavy police presence around the church, state media reported.

He was hiding the explosives under a fluorescent vest, state-run newspaper Akhbar el-Youm said.

No group has as yet claimed responsibility for the attempted attack. 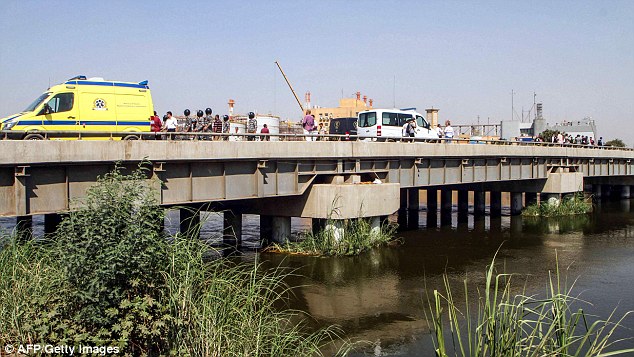 An ambulance, Egyptian police forces and investigators gathered on a bridge along the Nile, where a suicide bomber’s explosives detonated

The officials spoke on condition of anonymity because they were not authorised to brief the media.

Mostorod is located about 11.5 kilometers (7.2 miles) north of Cairo.

Egypt’s Christians account for about 10 per cent of the country’s predominantly Muslim population.

They have been targeted by Islamic militants in a series of attacks since December 2016, that have left more than 100 dead and scores wounded.

Egypt has been under a state of emergency since bombings and suicide attacks targeting minority Coptic Christians killed scores in 2017.

The government has been struggling to contain an insurgency by Islamic militants led by an affiliate of IS in the northern region of the Sinai Peninsula, but attacks on the mainland have also occurred.

The Egyptian army is currently waging a major operation focused on the Sinai Peninsula to wipe out IS. 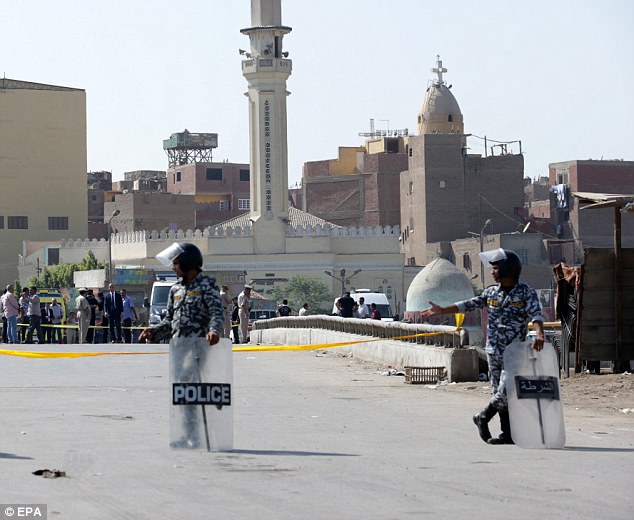 Egyptian policemen stand guard as others inspect the body of the attacker on the outskirts of Cairo, Egypt