When seagulls attack: Sunbather is forced to run for cover after angry flock surrounds her on the beach

This is the remarkable moment a sunbather gets in a flap after being set upon by a flock of enraged seagulls.

The reveller had been attempting to soak up the rays on Broadstairs Beach in Kent during the hottest day of the year so far on Tuesday.

But she was rudely interrupted by the gang of flying fiends who swarmed the spot she was lying in to search for food.

Dramatic photos show the bikini-clad sunbather fleeing the scene of the dive bombing as the birds swarm all around her.

In the pictures, she can be seen scrambling to get away as several confused beachgoers watch on in the background. 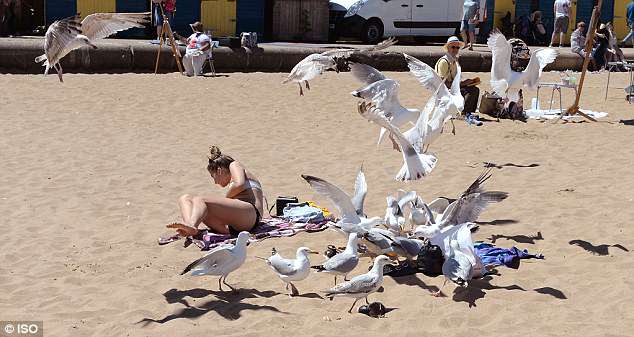 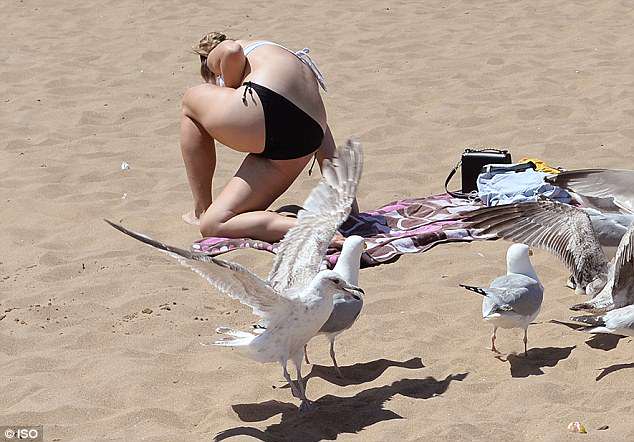 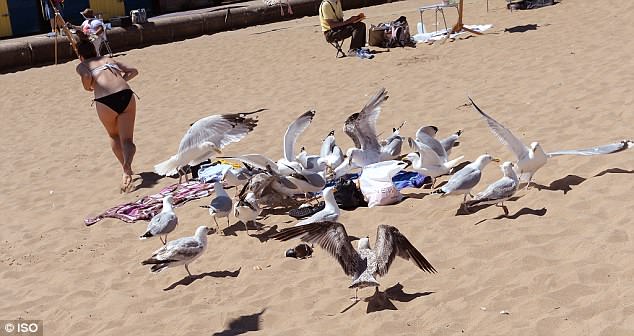 Broadstairs Beach is a well known spot for seagull attacks. So much so that local authorities have been forced to respond to the incidents by introducing a ‘seagull shelter’.

One enraged TripAdvisor user said of the beauty spot: ‘Lots of cafes on the beach and loos but the seagulls have trained their babies for years in mugging families for their chips and sandwiches.

‘They can have an ice cream out of your hands in seconds.

‘There are signs saying don’t feed them – so DON’T!!! No matter how charmingly they beg.’

Elsewhere in Kent, residents have been handed £1,000 fines because of seagulls tearing open their bin bags when they put them out each week.

Black sacks they have to leave out overnight aren’t strong enough to stop the super-sized birds pecking through, the community claims. But officials have ignored their pleas and and are handing out penalties anyway. 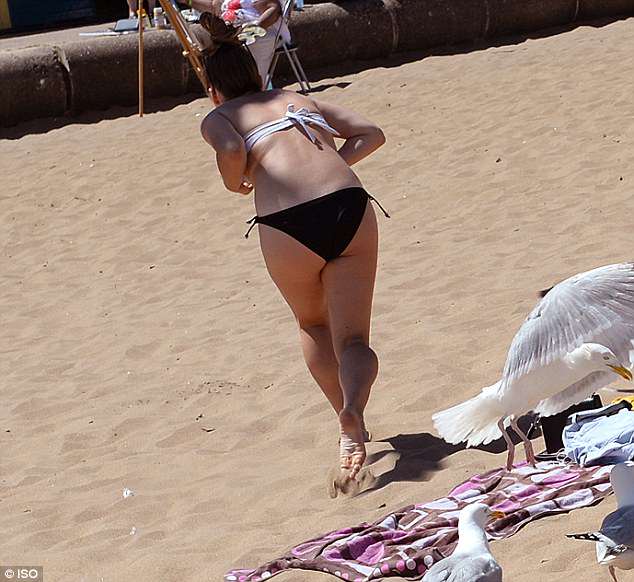 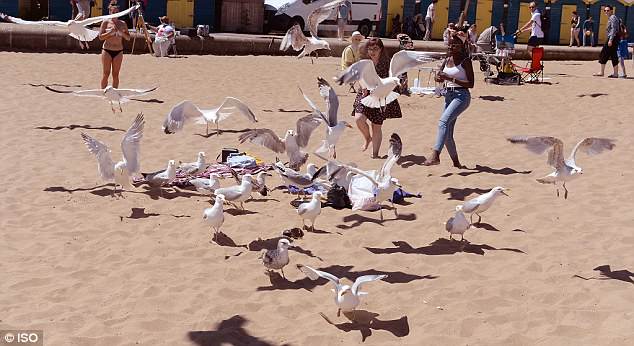