A driver who parked in a trolley bay at a supermarket was taught a tough lesson by the store’s employees.

When workers at the shop in Buenos Aires, Argentina, found the Peugeot 308 in the wrong spot they surrounded the vehicle with dozens of carts.

Pictures shared on social media show the car boxed in on all sides by at least five rows and unable to get out without first moving dozens of trolleys. 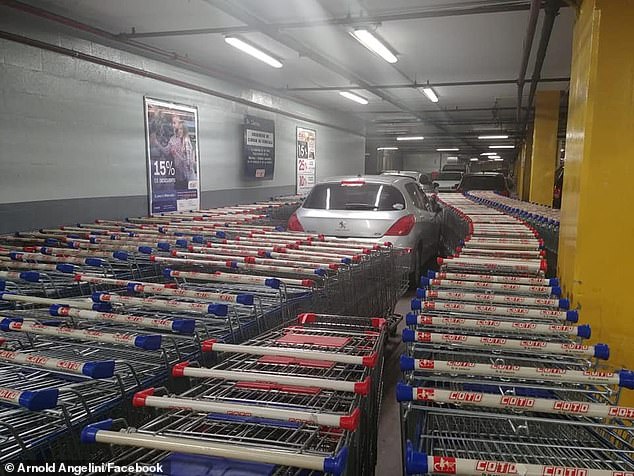 Arnold Angelini posted the hilarious prank on Facebook on Sunday night and said ‘you have to be a moron to park cars’ in the trolley section.

Mr Angelini, who saw the car at around 11pm after going to the cinema, told El Comodorense he understood ‘sometimes there is no place and you have to look elsewhere.’

However he said: ‘What if there had been an emergency? People do not respect each other, it is a matter of living with values ​​within society.’

He also applauded the employees of the store for blocking the car in an apparent attempt to teach the driver a lesson. 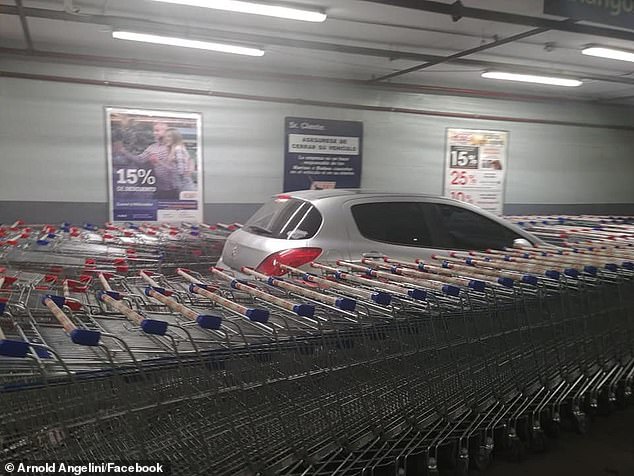 The car was blocked on all sides and wouldn’t be able to drive away without first moving all of the trolleys. Pictures of the prank have now been shared more than 6,000 times online 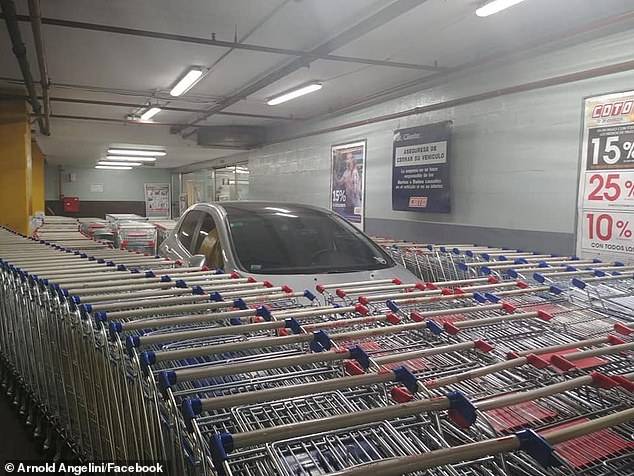 The post has now been shared more than 6,000 times, with many commenting that they agreed with the supermarket staff’s decision.

One person commented ‘there you have an a*****e’ while another wrote ‘can’t wait see the owner’s face when he goes back to his car.’

The car was parked at the Coto de Temperley supermarket, which closes at 9pm on Sundays. However visitors to a nearby cinema can use the car park during the night.