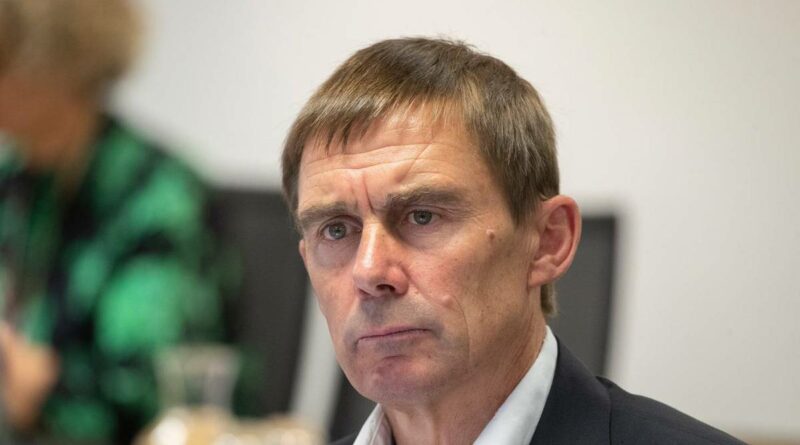 Satisfaction with Wellington City Council’s decision making has dropped to just 16 per cent, with one councillor saying local government in the capital is in crisis.

It has been a tumultuous term for a council that reached boiling point earlier this year when mayor Andy Foster announced an independent review of governance in February.

He said at the time that the public’s belief in their ability as councillors, and as an elected group to govern, had been shaken and eroded.

“I want us all as elected representatives to seize this moment, dispel the current atmosphere of rancour and partisanship and move to a position where can make better decisions and focus on what really matters.”

Today, the council released its annual Residents Monitoring Survey which reveals Wellingtonians are more unhappy than ever before in recent times.

More than 1500 residents were canvassed on how the council is performing. The online survey was conducted between February and March 2021- just as the council reached breaking point.

Notably, perceptions of the council’s decision making declined from an already poor score.

Only 17 per cent of respondents agreed Wellington City Council made decisions that were
in the best interests of the city.

A quarter said they actually understood how the council made decisions.

Residents said they were unhappy about infrastructure issues like three waters and transport, not being listed to, council in-fighting, and vanity projects.

Meanwhile only three-quarters of residents agreed Wellington was a good place to
live, work, and play.

This is a significant decline on the previous four years where the average was 93 per cent.

A press release issued today, along with the survey, was titled “Wellington performs well in resident survey … and is working to do better”.

Foster acknowledged in the statement that the results were mixed across the city during challenging times such as the pandemic.

“Where the survey shows that council has not got everything right, these concerns align with areas we are already focusing on and setting as priorities for our city in the immediate future.

“The survey raised concerns around pipes, urban development, the vibrancy of the city, getting around, and safety in the CBD. These are all areas where work has either started or is due to start, including the development of the Central Library, the Pōneke Promise social contract, the implementation of the Long-Term Plan, Let’s Get Wellington Moving, Te Atakura and the Spatial Plan.”

But councillor Fleur Fitzsimons told the Herald the survey showed the council has lost the trust of residents.

“Local government in Wellington is in crisis. We need major reform and it is a wake up call for us all, residents expect and deserve better.”

One of the recommendations of the independent review into the council was a new committee structure, which was put in place earlier this year.

The structure is meant to help the council to conduct business and decision making more effectively and efficiently.

Finance and Performance Committee chairwoman councillor Diane Calvert said while the survey results were concerning, they were not surprising.

“We know we provide our core services well from libraries, community services through to parks and gardens.

“However, there are significant issues within governance and leadership that still need to be addressed for the ongoing health of our city.”