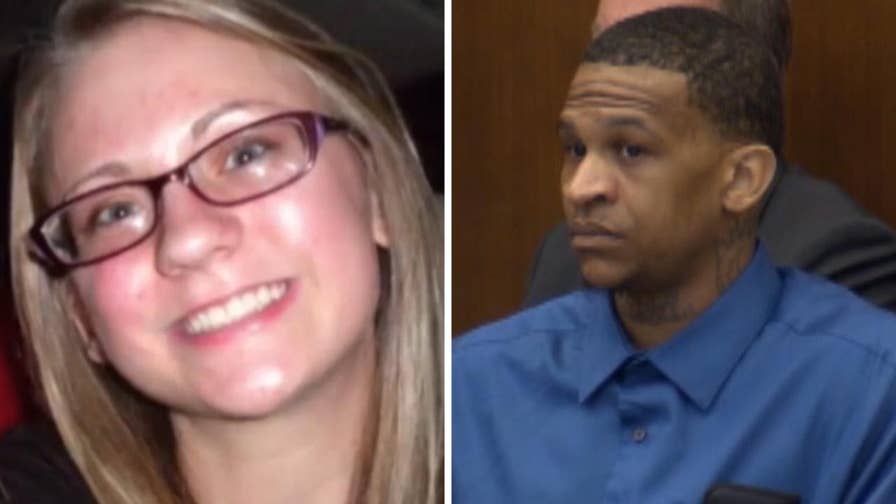 Woman called to the stand speaks of a mystery hitchhiker she picked up on the day of the burning death of Jessica Chambers; Quinton Tellis is on trial again after first attempt ended in a mistrial.

A Mississippi man facing retrial in the murder trial of Jessica Chambers deleted text messages to the 19-year-old shortly after her killing, an FBI agent testified Thursday.

Quinton Tellis, 29, is facing capital murder charges in connection with Chambers’ death. Tellis doused Chambers with gasoline then lit her on fire in Dec. 6, 2014, in the town of Courtland, prosecutors said. Courtland is a rural town in Northwestern Mississippi.

Tellis’ initial trial ended in 2017 with a hung jury. Thursday marked the third of retrial.

Dustin Blount, the FBI agent, told jurors in Panola County Circuit Court that Tellis had previously admitted to riding around with Chambers and a friend while the two women smoked marijuana.

Defendant Quinton Tellis, center, looks around during a court field trip to the crime scene in Courtland, Miss.

Blount said Tellis denied seeing Chambers again, and that his only contact was when Chambers had asked for money. Tellis allegedly told the agent he deleted his text messages with Chambers after hearing about her death.

Reports said emergency responders found Chambers emerging from the woods near her burning car. Chambers reportedly had severe burns covering 93 percent of her body and was wearing only her underwear. She died a few hours later at a Memphis hospital.

Deputy Prosecutor Jay Hale holds up a picture of Jessica Chambers on the first day of the retrial of Quinton Tellis in Batesville, Miss.

On Tuesday, Tellis’ lawyers claimed that multiple emergency responders had heard the victim mention “Derek” or “Eric” before she died. But prosecutors cast doubt on those claims, arguing that the victim’s condition rendered her unable to articulate words. One medic who treated Chambers at a hospital told jurors, “(Chambers) could have made sounds, but not sounds that we would be able to say is speech.”

Jurors on Thursday were brought to the scene of the 2014 murder and a half-dozen other locations related to the case, The Commercial Appeal reported. Circuit Court Judge Gerald Chatham suggested that prosecutors could recreate the crime scene Thursday night, in part to give jurors an idea of how noisy and dark it was, but defense attorneys objected to that idea.

On Wednesday, a woman who didn’t testify in Tellis’ initial trial said she had picked up a hitchhiker the night Chambers was killed. She told jurors that she initially thought Tellis was her cousin, but gave him a ride anyway. When asked why she didn’t come forward in the first trial she said, “I couldn’t remember and I thought it was irrelevant.”

Tellis is facing another murder indictment in the 2015 fatal stabbing of a Taiwanese graduate student in Monroe, Louisiana. He’s already pleaded guilty to unauthorized use of her debit card. The 29-year-old is currently serving a prison sentence in Mississippi on an unrelated burglary charge.