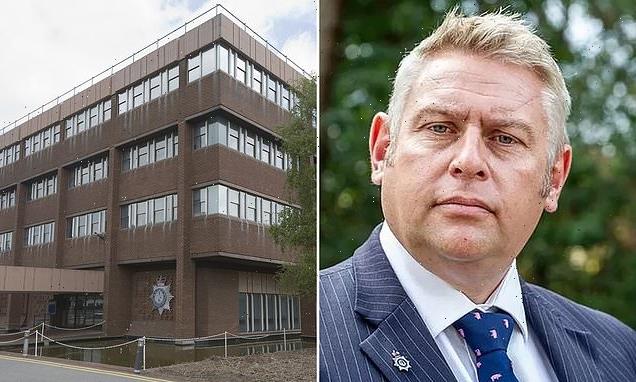 Police officers allegedly assaulted on duty had their case thrown out due to a shortage of barristers, the force’s federation has revealed.

They say the suspect in the case had 161 previous convictions – including similar offences – but was still allowed to walk free.

And they say the judge refused to adjourn the case and directed that not guilty verdicts should be recorded.

It comes after the Bar Council warned of a severe lack of barristers following the pandemic.

And some cases are taking years to come to court with an estimated 58,653 outstanding cases waiting to come to Crown Court at the end of March this year.

And the officers – who were not named – also said they were ‘disappointed’ by the outcome. 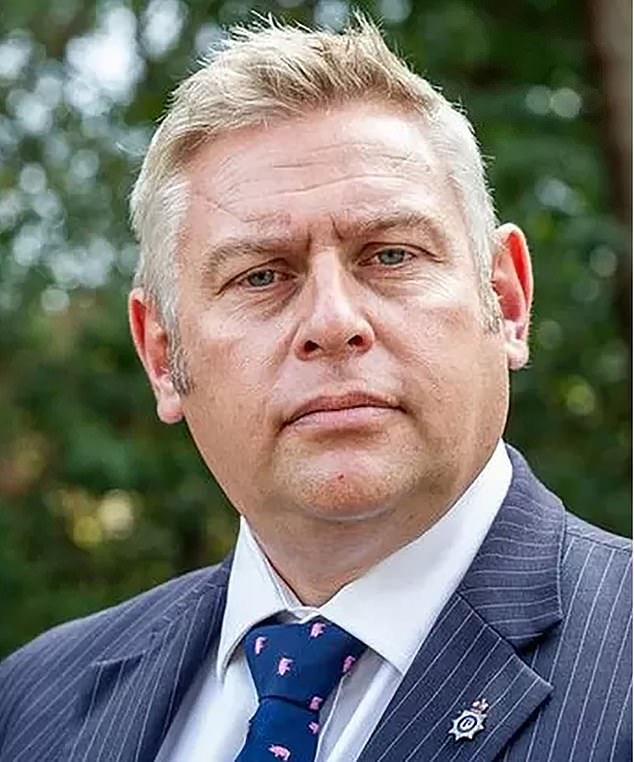 Darren Harris, chair of Suffolk Police Federation, which represents the three officers involved in the incident, has also condemned the outcome of the case

One said: ‘I am very disappointed and feel let down by the system.

‘We are here to protect victims and when we are victims ourselves doing our duty the offender is allowed to walk away with no consequences.’

Another added: ‘I am disappointed with the decision and frustrated we get assaulted in the line of duty and the court doesn’t seem to care.’

The third officer said: ‘I am angry. What is the point of recording a crime of assault if it won’t go anywhere? All the work that goes into the case feels like it’s not worth it.’

The Police Federation statement read: ‘Whilst we understand the current backlog and pressures on the system are having an effect on criminal justice, this cannot be allowed to continue.

‘Victims are being let down, losing hope and left feeling that their experience is irrelevant. 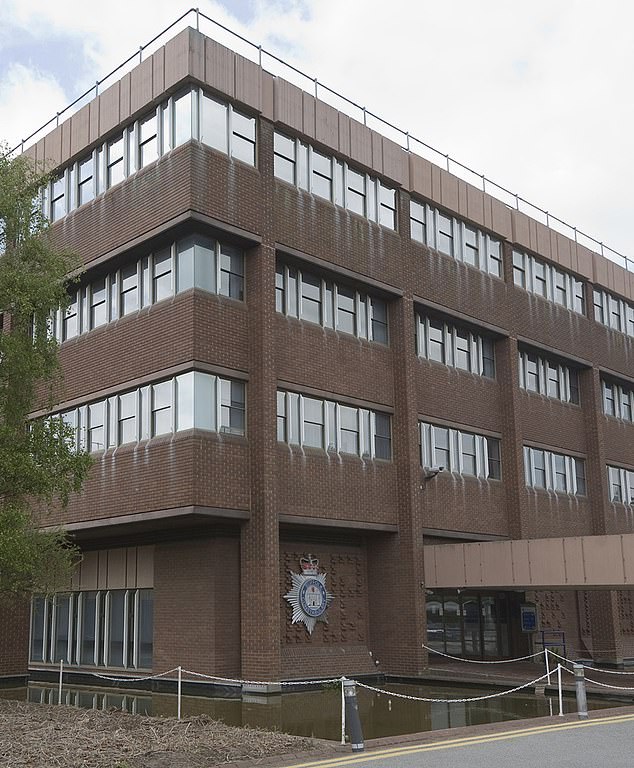 All of the officers are members of the Sussex Police force, its headquarters pictured here

‘The suspect in question has 161 previous convictions, including offences of assaults on police officers.

‘We now have a suspect who has effectively been let off with no punishment for his actions.

‘How can police officers be expected to uphold law and order when we are not supported to do so by the CPS?

‘Our officers put themselves in harm’s way every day to protect the public and all too often are assaulted in the process.

‘What message does this send to them – that they are not valued or respected?

‘What message does it send to those intent on harming officers, or indeed others – that there will be no consequences due to a backlogged system and lack of barristers?

‘The criminal justice system has failed our members. We need reassurance that this will not happen again in cases involving our colleagues, or indeed in any case.

Darren Harris, chair of Suffolk Police Federation, which represents the three officers involved in the incident, has also condemned the outcome of the case.

‘In the past, the federation has criticised courts for handing out seemingly lenient sentences when police officers have been assaulted and abused, saying that offenders had escaped with little more than a slap on the wrist,’ he said.

‘But, in this case it seems that this individual didn’t even get a slap on the wrist.

‘It is beyond belief that they have been able to walk away completely scot-free for this despicable abuse of police officers just going about their duties.

‘Not only does this mean that they have completely escaped justice, but it also sends out completely the wrong message to others.

‘Where is the deterrent when someone can be accused of this type of offence and then simply see the case dropped?

‘Police officers put their lives on the line to serve and protect the public and the very least that they should expect in return is a criminal justice system that punishes those who fail to respect their unique position in society.

‘An attack on a police officer is an attack on society itself and this is why our successful Protect the Protectors campaign resulted in the Government giving courts the ability to hand out far tougher sentences for those who assault the police or other members of the emergency services.

‘However, we now need the courts to use the stronger sentencing powers they have.

‘While we appreciate that the courts are struggling due to a shortage of barristers, this cannot be allowed to prevent justice being done – for our members, for the police service and for the wider public.’

The CPS hit back out at being blamed for what happened.

A CPS spokeswoman said: ‘We are disappointed and saddened by the Police Federation’s unfair comments.

‘Availability of barristers is a challenge for the entire criminal justice system.

‘We must all work together to tackle this in the interests of victims. That is what the CPS is determined to do – rather than wrongly apportion blame to others.

‘The CPS takes assaults against emergency workers extremely seriously and we work closely with our partners to build the strongest possible cases.

‘The scheduled barrister was unable to attend the trial.

‘Despite our best, yet unsuccessful, efforts to find a replacement, our request to move the case to a later date was denied by the court.

‘We acknowledge that this will be a disappointing outcome for those involved.’

Around 22% of junior criminal barristers have left the profession since 2016 because they simply cannot earn a decent living, with specialist criminal barristers making an average annual income after expenses of £12,200 in the first three years of practice.