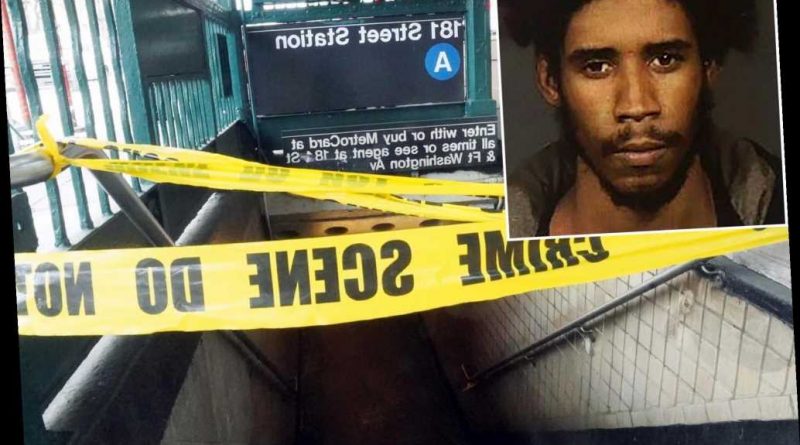 Sister of ‘A-Train Ripper’ shocked over his alleged crime spree

The accused “A-Train Ripper’’ was ordered held without bail Monday — as a Manhattan prosecutor recalled the horrific details of the suspect’s alleged deadly crime spree.

He sat silently behind a metal screen as Assistant District Attorney Alfred Peterson launched into a detailed timeline of Lopez’s alleged bloody spree.

“It all began on Friday, Feb. 12, at approximately 11:30 in the morning at the subway station at 181st street and Fort Washington Avenue in Manhattan,’’ the ADA said. “That is an A-train station, Judge.’’

The prosecutor described how Lopez — who has previously been hospitalized for mental-health issues and arrested for allegedly attacking a cop and his own dad — “used a knife and stabbed the first victim who was seated on a bench in the subway station,’’ wounding the man.

Later that day, Lopez “again used a knife to approach [a homeless man], stabbed him on the train, and [the victim] was found having bled to death on that train car,’’ Peterson said.

But the defendant wasn’t done, the ADA said.

Lopez soon went up to a homeless woman in an A-train car, “used a knife and stabbed her seven times to the chest abdomen and the arm,’’ the prosecutor said.

“He left the woman on the train, and she was discovered at 207th Street dead in a pool of blood.”

“The defendant took out the same knife he had used in the other incidents and stabbed this man four times in the back,’’ injuring him, the prosecutor said.

The ADA asked to have Lopez remanded, which Judge Barbara Jaffe agreed to — while also ordering a medical exam for the suspect.

Lopez’s lawyer, Michelle Grant, asked to reserve a bail application for her client.