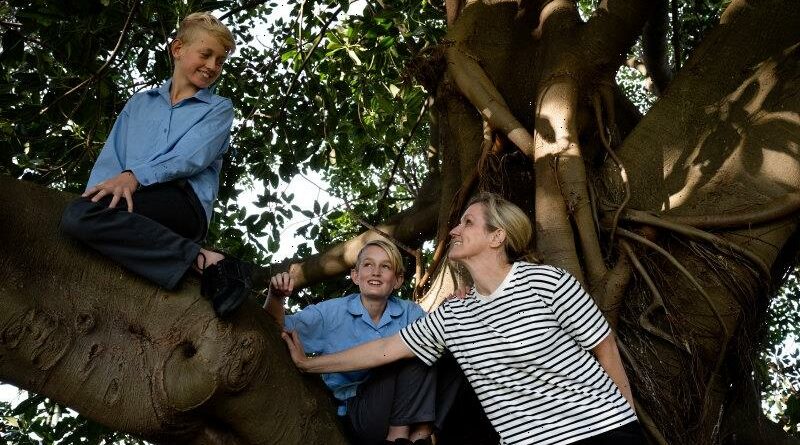 Fees at Sydney’s private schools have risen by an average of more than 50 per cent in the past decade – far exceeding inflation and wage growth – and could hit $70,000 annually at some of the city’s most expensive schools within 15 years.

A new analysis of school fee increases by the Blueprint Institute comes as some parents turn to credit card debt, extend mortgages and increasingly enter into payment plans to manage and fund private school education.

The think tank’s report, released on Thursday, examined fee rises at almost 700 schools nationally and found private school fees leapt by an average of 50 per cent nationally in the decade to 2020, far outstripping inflation at 22 per cent and wage growth at 29 per cent. 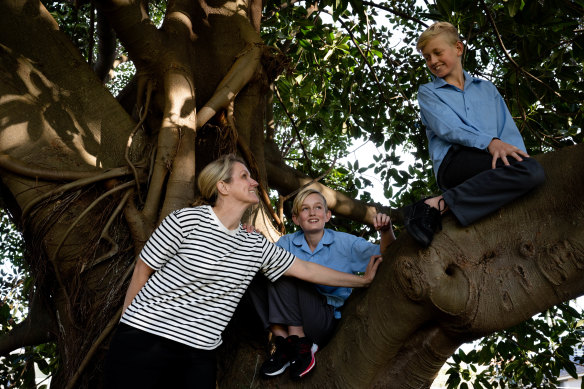 Botany resident Kristin Rusznyak, with her twin sons, Luka and Zak, is choosing to send her children to a co-educational public high school to avoid private school costs.Credit:Janie Barrett

Chief executive of the Blueprint Institute David Cross said fees at Sydney and Melbourne private schools rose by an average of 54 per cent in the past 10 years, and in some cases have risen by more than 80 per cent since 2011.

“Parents are stretching themselves financially rather than withdrawing their kids from a non-government school,” Cross said. “Switching schools and upending a child’s life comes with massive social and educational costs, so it is definitely a last resort. It is not like deciding to stop paying gym fees or other recurrent expenses.”

Fees at three Sydney schools – The King’s School, The Scots College and SCEGGS Darlinghurst – tipped over $40,000 for year 12 this year.

“If the current growth continues it is conceivable the most expensive schools could charge upwards of $70,000 within the next 15 years,” Cross said.

But chief executive of the Association of Independent Schools NSW Geoff Newcombe said the median fees at the state’s independent schools were about $5700 a year and school councils were “extremely conscious” of increases.

“Education costs are rising, especially transport and technology costs, but schools are doing everything they can to keep fees manageable. Between now and 2029 independent schools in NSW will lose $200 million in funding from the state government under the new funding model.”

Wages make up more than half of a school’s costs, and as private schools add more programs, expand subjects and spend more on teachers, costs are often passed on to parents. Private schools also have a higher teacher-student ratio and employ more non-teaching staff such as nurses and psychologists.

“At private schools in capital cities there has been a concentration of extreme wealth as middle-income families are priced out of contention for enrolment spots,” Cross said. “But any sector that receives $18 billion in public funding should be regulated to prevent misuse of funds and ensure societal benefit.

Data provided by EdStart, a company that provides tailored loans for school tuition, said customer numbers have more than doubled in the past six months.

“We’re now funding students at over 600 schools with total payment plans issued surpassing $500 million,” a spokesperson for EdStart said. “Many of our customers use it as more of a cash flow budgeting tool, chunking down school fee payments and aligning it to when they get paid.”

Australia stands out among OECD nations for its high share of children educated in non-government schools, Cross said, with about 65 per cent of students attending public schools. About 15 per cent are educated in the independent school sector, and 19 per cent in Catholic schools.

“By comparison, in OECD countries, on average around 80 per cent of students attend a government school.”

A survey by EdStart in 2018 found 15 per cent of parents had used credit cards to pay fees, while a quarter dipped into savings, sold assets, took out personal loans or asked grandparents to contribute.

Anna Hogan, a research fellow in the School of Teacher Education at Queensland University of Technology, said it was concerning that more parents were using payment plans to spread out costs instead of paying upfront at the beginning of term.

“It shows families are hurting, families want to keep children in private schools regardless of the strain being placed on them financially,” she said.

Cross said to put downward pressure on fees an independent “non-government school transparency advisory committee” could be set up by each state government. If schools wanted to raise their fees beyond a certain affordability mark, they would need to justify that increase to continue to receive public funding, he said.

Botany resident Kristin Rusznyak said high fees at some nearby private schools was one reason her 11-year-old twins Zak and Luka will attend their local public high school.

“We wanted a non-religious, co-educational school that had a good outdoor sports area. While we aren’t facing financial challenges, we decided we would prefer to keep the money instead of spending it on high school fees,” Rusznyak said.

“I grew up in Sweden which is centred around public education. We did look into some private schools, but some of the fees are ridiculously high, and we were looking at up to $60,000 for both of them in senior school. ”

Parents at NSW non-government schools paid 3.04 per cent more on average for tuition this year after most schools had smaller increases or froze fees last year to provide financial relief during the pandemic.