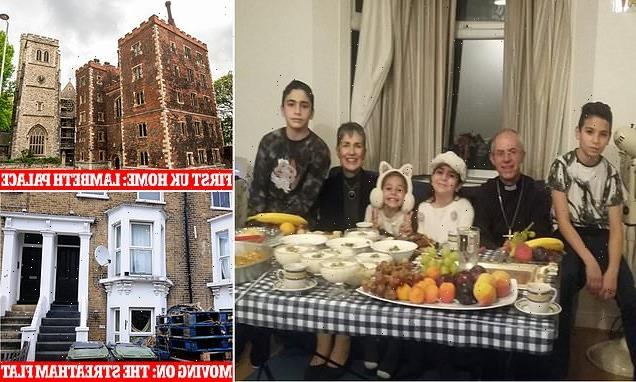 A family of Syrian refugees housed by the Archbishop of Canterbury has fallen on hard times after having to leave his London palace.

Justin Welby this week criticised government plans for asylum seekers who cross the Channel in small boats to be sent to Rwanda, describing it as ‘ungodly’.

Yet the Church of England leader did not speak about his own experience of the tough choices and tears involved in settling refugees in England. 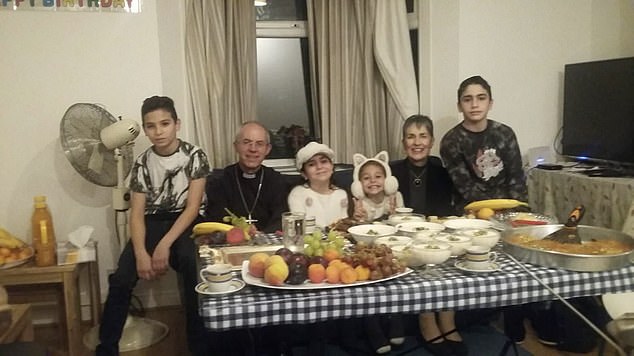 Archbishop of Canterbury Justin Welby, second right, pictured with his wife, Caroline, second right, and the four children from a family of Syrian asylum seekers who fled Bashar Al-Assad’s regime in 2016. The Archbishop offered the family a cottage on the grounds of Lambeth Palace for two years 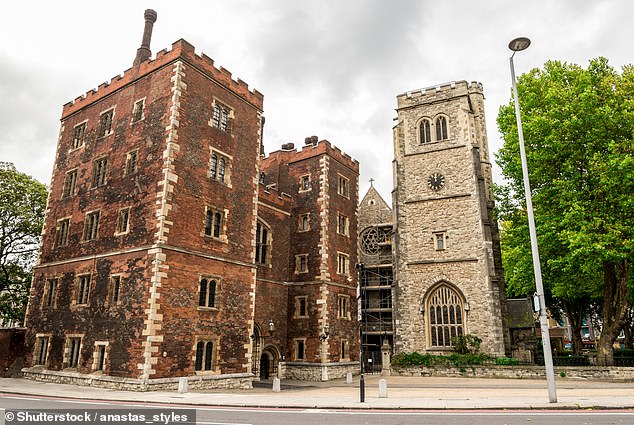 Archbishop Welby was the first ‘community sponsor’ of refugees under a new government scheme, housing the family of six in Lambeth Palace 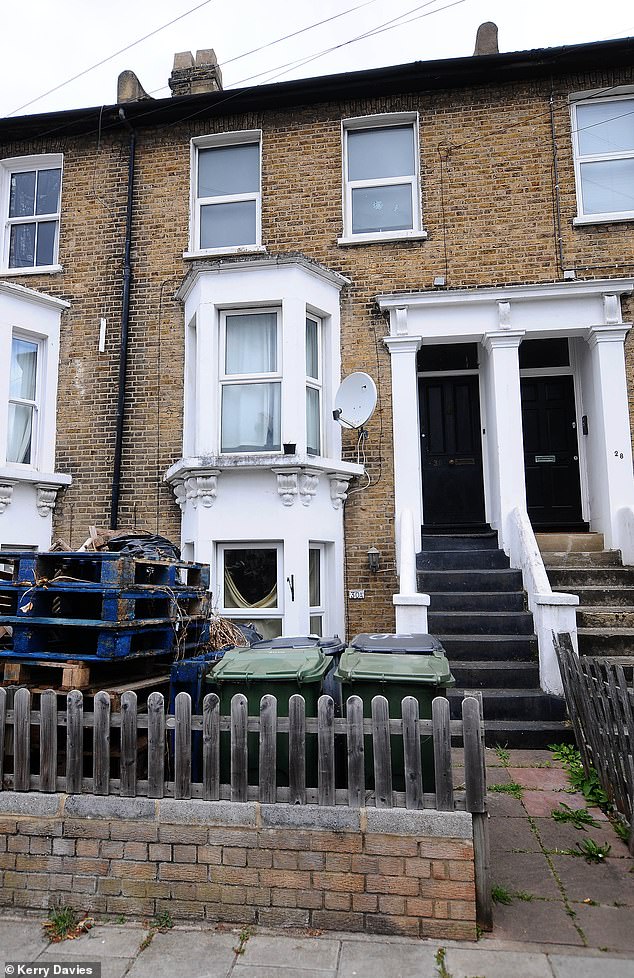 The family now live in a cramped flat in Streatham, having moved out of Lambeth Palace 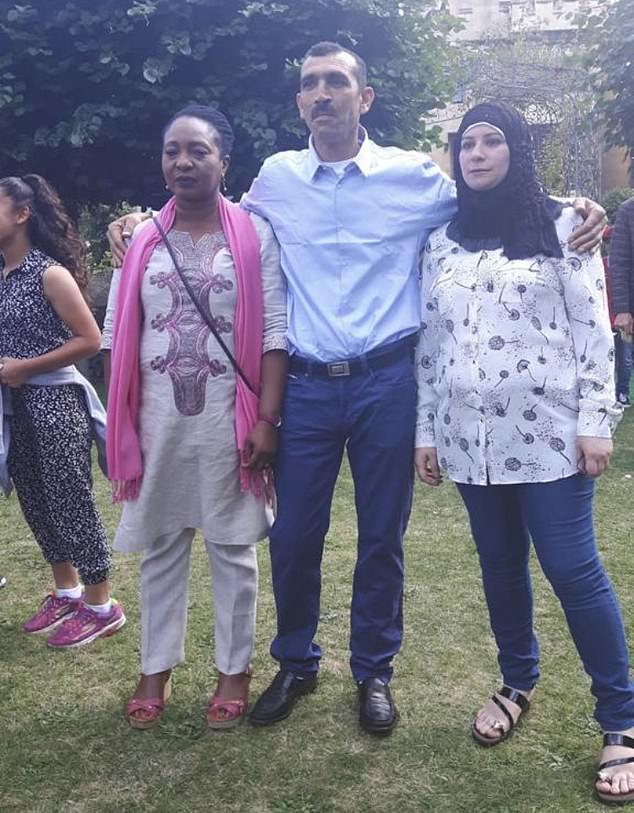 In 2016 he welcomed six Syrian Muslims to stay at his Lambeth Palace home after becoming the first ‘community sponsor’ of refugees under a new government scheme.

Now the Daily Mail has spoken to the family involved – and can reveal how their lives have got tougher since leaving the palace.

Their £1,670 monthly rent is covered by benefits. Before that the family lived in a flat in nearby Streatham.

Mrs al-Lababidi said: ‘I very much need help – I want to buy clothes for my children, and some food. There are so many bills. I have paid some, but now there is nothing left. We both work, but everything is very expensive. 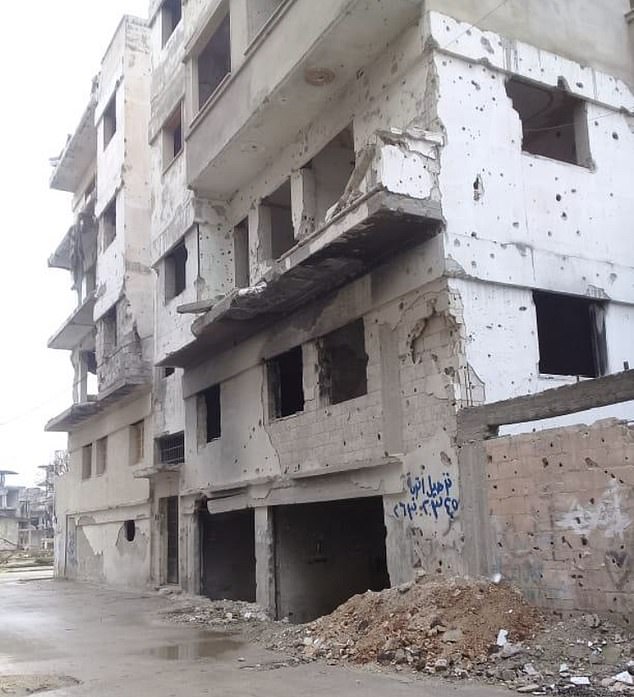 ‘There is a big difference between the very nice three-bedroom cottage we lived in at Lambeth Palace, with all bills paid, and the gardens outside, and our flat now. We have no garden, and have to pay for electricity and council tax.’

Mrs al-Lababidi, 36, works for a refugee settlement scheme. Her 53-year-old husband is a car mechanic.

The family lived happily in Homs, Syria, until 2012. Then civil war began and Homs was besieged by dictator Bashar al-Assad’s army. The family fled to Jordan before coming to Britain where they were granted asylum and housed at medieval Lambeth Palace, across the Thames from Parliament.

But in an internal email in 2018 a palace official said it had been ‘so difficult to find a house for them locally’, and that ‘life at Lambeth Palace is not suitable for a refugee family’. Mrs al-Lababidi says she understands that government rules, not the palace, meant they had to go in 2019. ‘They said it was only two years at the palace,’ she said. ‘We stayed a little longer until we found a new place.’

The Archbishop has said of his former guests: ‘It has been an absolute privilege and joy to get to know this special family as we’ve supported them to start a new life. They have been a blessing.’

The Government’s guidelines for the community sponsorship scheme for refugees said sponsors must find suitable accommodation for the resettled family for a minimum of two years. ‘You may choose to provide support beyond this, according to the needs of the resettled family,’ it adds.

Lambeth Palace said the family had moved on after more than two years to accommodation provided by Lambeth Council, with Southwark Diocese providing ‘ongoing support’.