On Sunday ash from the Taal volcano spewed up to nine miles into the skies. Some of the ash even reached the Philippines capital of Manila, some 45 miles away. Lava has since gushed out of the volcano, forcing tens of thousands of people to flee.

The ash on Sunday forced the country’s main airport to close, with more than 500 flights cancelled.

The airport partially reopened on Monday as the ashfall eased.

The Philippine Institute of Volcanology and Seismology (Philvolcs) said in a statement: “Taal volcano entered a period of intense unrest… that progressed into magmatic eruption at 02:49 to 04:28… this is characterised by weak lava fountaining accompanied by thunder and flashes of lightning.” 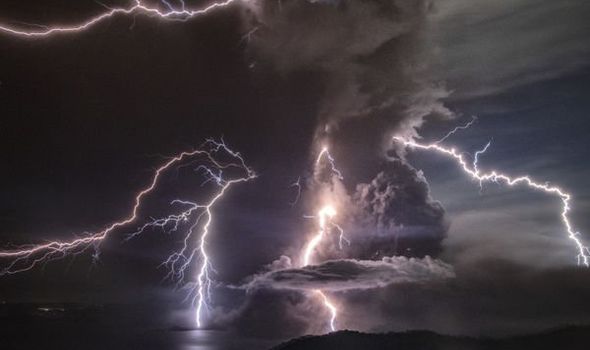 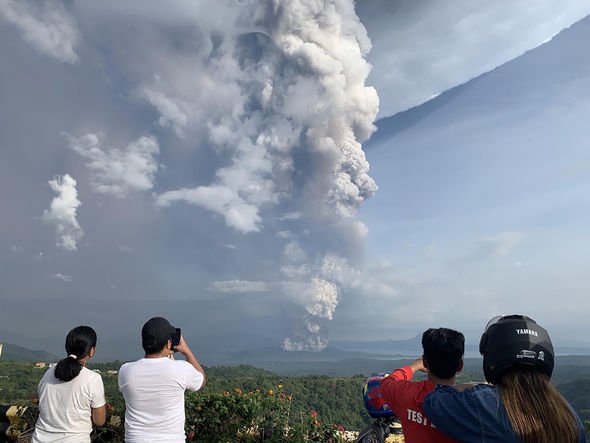 Philvolcs have raised the volcanic alert level to level 3, which indicates a high level of volcanic unrest, and that an eruption could be possible within weeks.

In an update on Monday, Philvolcs said: “PHIVOLCS strongly recommends Taal Volcano Island and high-risk barangays of Agoncillo and Laurel, Batangas be evacuated due to the possible hazards of pyroclastic density currents and volcanic tsunami.

“The public is reminded that the entire Volcano Island is a Permanent Danger Zone (PDZ), and entry into the island as well as high-risk barangays of Agoncillo and Laurel is prohibited.” 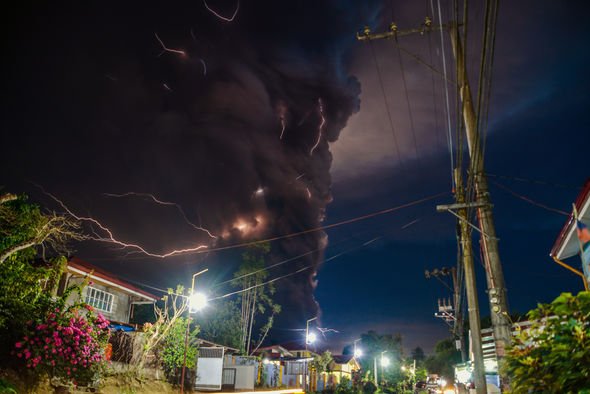 According to local media PhilStar, almost one hundred minor earthquakes have been recorded in nearby provinces since the eruption began on Sunday afternoon.

Situated on an island in the middle of a lake, the Taal volcano is also one of the smallest volcanoes on earth.

But despite its size, there have been at least 34 recorded eruptions over the last 450 years.

The small island where the volcano lies has long been declared a “permanent danger zone”, however fishing villages have existed there for years.

Emeritus Professor Ray Cas of the Monash University School of Earth, Atmosphere and Environment said: “The eruption of Taal volcano is potentially very dangerous for residents in the area.

“Thousands of people have been killed from multiple explosive eruptions in historic times.

“People have already been evacuated from the volcanic island (tourists, some farmers) and from villages on the shore around the edge to the large volcanic caldera lake within which Taal volcanic cone sits, some five to six kilometres away.” 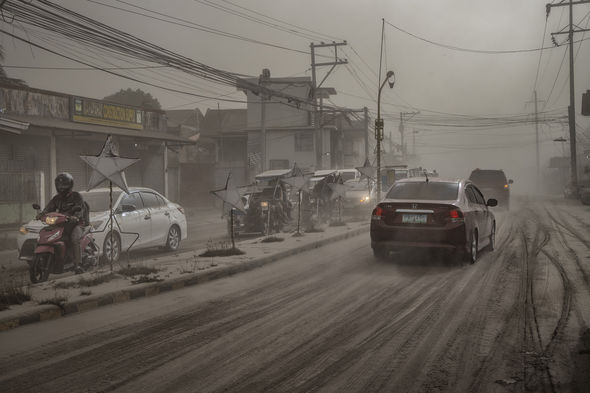 According to Professor Cas, more eruptions could potentially continue for years to come.

He added: “Dangers include flows of hot ash and steam (small ones called surges, larger ones called pyroclastic flows), across the water which can destroy villages, as well as tsunamis that these flows could cause, and heavy falls of wet ash onto houses and other buildings that can cause roofs to collapse.

“Further eruptions could occur, over periods of days, weeks, months and even years.

“They could also be explosive or less dramatic, forming lavas.”