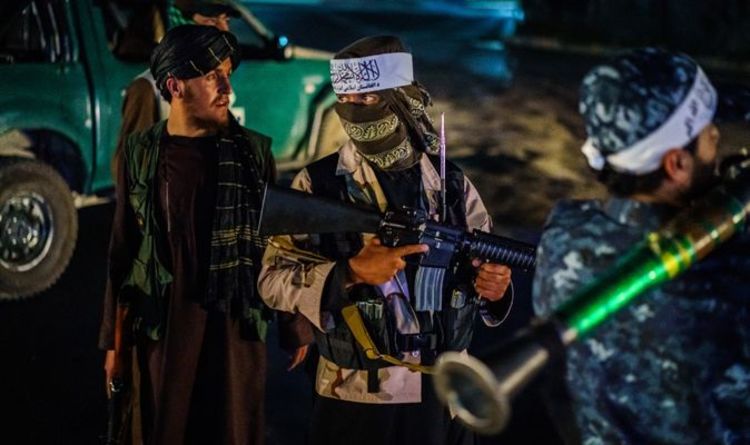 Dr Afzal Ashraf, teacher of international relations, politics and history at Loughborough University, described to Express.co.uk three crucial factors which could determine the success – or failure – of the nascent Taliban regime. Dr Ashraf explained: “The most experienced people have left the country, so there has been a brain drain which is going to damage an already fragile, and, if you like, embryonic, government.” This embryonic government will face a “major determinant” in coming weeks and months, said Dr Ashraf.

He detailed: “If the Taliban fail to govern effectively, it causes a huge amount of internal disruption and problems, and makes their position precarious.”

The Taliban gained control of Afghanistan in August, after the capital, Kabul, fell to Taliban forces on 15 August.

In the wake of the capture of the city, the government which the Taliban have formed will be judged by “the way that the Taliban are able to deliver effective governance.”

Dr Ashraf said: “The problem they have, of course, is that they don’t have any significant experience or talent to deliver it.”

Swathes of Afghans have steadily been leaving their homes in Afghanistan for years before the Taliban takeover, looking for safety in neighbouring countries like Pakistan and Turkey.

Former military man with experience in the Foreign and Commonwealth Office, Dr Ashraf told Express.co.uk that three factors, including the Taliban’s capability to rule and how they respond to extremism, could impact the country’s near-future trajectory.

He stated that, apart from their governance, they could be impacted by “the way this impending humanitarian catastrophe – or disaster, as it has been described by various people, is going to pan out.

“If it does become a disaster where people are starving, and are dying of cold – because winter in Kabul and in parts of Afghanistan is really very cold – then I think there will be a great deal of trouble.”

This is because, he continued, “the public will clamour for something to be done.”

He added: “And whatever will be done, will probably be too little, too late.

“Once these humanitarian disasters take hold, they can be very, very damaging.”

Earlier this week, the nations of the G20 agreed to supply aid to Afghanistan after an emergency summit was held on Tuesday.

Italian Prime Minister, Mario Draghi, told reporters: “There has basically been a convergence of views on the need to address the humanitarian emergency.”

German Chancellor, Angela Merkel, told the media: “To stand by and watch 40 million people plunge into chaos because electricity can’t be supplied and no financial system exists, that cannot and should not be the goal of the international community.”

The G20 stressed, however, that their collaboration with the Taliban to stave off this humanitarian crisis did not amount to recognition of their regime.

At the start of the talks, the European Union pledged €1billion to Afghanistan’s urgent humanitarian needs, including a portion of funds to go towards helping the countries bordering Afghanistan.

This comes after the United Nations Secretary-General, António Gutteres, appealed to the international community in September.

Mr Gutteres said: “The people of Afghanistan need a lifeline.

“After decades of war, suffering and insecurity, they face perhaps their most perilous hour.”

He added: “We need to ensure that our humanitarian response saves lives but also saves livelihoods.

“The people of Afghanistan are facing the collapse of an entire country – all at once.”