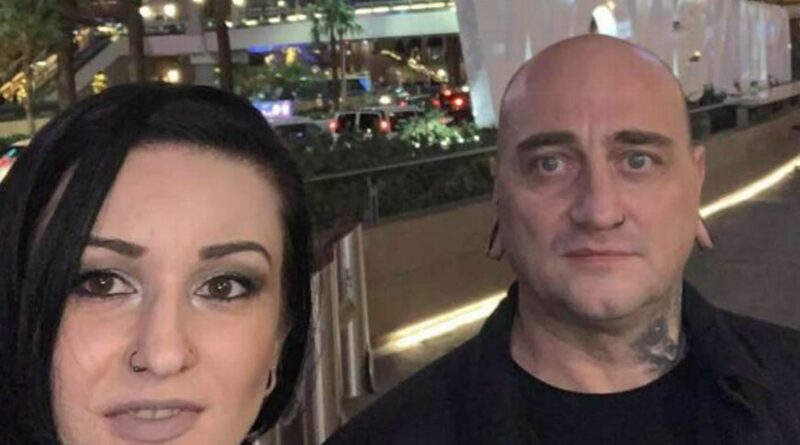 Police investigating the apparent murder-suicide of a tattoo artist and his wife have referred themselves to the Independent Office for Police Conduct (IOPC) after it emerged that the killer, Catalin Micu, was on bail at the time of the killing.

Micu, 54, had been interviewed by Kent Police in connection with a series of alleged rapes on his wife Ramona Stoia, 35.

The couple, who have a son together, were found in their tattoo parlour GothInk Studio, in Canterbury, Kent at around 5.20pm on Monday evening.

The tattoo artists had been married in Las Vegas four years ago but are understood to have recently separated. In February, Ramona secured a non-molestation order – a court injunction restricting or banning contact – against Micu.

It is thought the couple continued to live together, but Micu was banned from “harassing or pestering” her.

But on March 26, he was arrested on suspicion of having breached this order, and of seriously sexually assaulting his wife.

Ramona came forward with a series of historic allegations of rape against her husband, dating back throughout their 16-year relationship, but primarily taking place in the last few years.

There were five separate allegations, all of which reportedly took place at the family home.

Following his arrest, Micu was placed on police bail until April 20.

But under the bail conditions, he was still allowed to work alongside Ramona at GothInk Studio, of which he was the sole director.

Dozens of armed police officers were called to the tattoo parlour at about 5.20pm on Monday.

Kent Police initially reported that two people had been found injured, before confirming on Tuesday that a 54-year-old man and 35-year-old woman had died at the scene.

The incident is still being investigated, but police say they are not currently looking for anyone else in connection with the tragedy.

Only Ramona’s death is being treated as suspicious, while police say Micu’s is not.

Kent Police has now referred itself to the police watchdog, following its contact with the couple before their deaths.

A spokesman for the Independent Office for Police Conduct says: “We are currently assessing the referral to determine what further action may be required from us.”

Pictures posted on Instagram show Micu and Ramona had worked together at GothInk Studio since at least 2016.

Officers are understood to be treating the incident as a murder-suicide carried out by Micu.

The tragedy has sparked a huge outpouring of grief and left the Canterbury community reeling. Mum Ramona has been described by locals as "absolutely lovely" – a talented, popular tattoo artist with a huge following.

Ali Gun, owner of Cousins Pool and Snooker Lounge that sits above the tattoo parlour, recalled the moment police first arrived at the crime scene on Monday night.

He had been in the street outside when he noticed a police van and car pull up outside GothInk.

Mr Gun said: “The [police officers] came out of the car, ran inside, and then a girl came out shaking, very shocked.

“I’ve never seen anything like this in my life. It’s shocking, for this to happen on our street.”