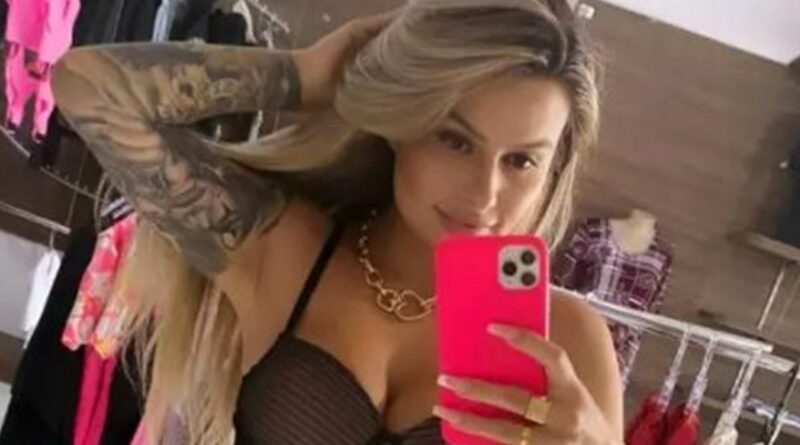 A suspected drug trafficker, money launderer, and criminal enterpriser has survived an assassination attempt unscathed when shot at while under house arrest.

Camila Marodin, dubbed the "Trafigata de Curitiba" (roughly translated as Curitiba Trafficutie) in the Brazillian press, survived an alleged attempt on her life on January 31.

The alleged money launderer had nipped to the shops near her home in Alto Boqueirao in Curitiba, Parana, South America, and was heading back home when the attack began.

She had just arrived home with a friend when a hail of gunfire barraged the two, with 20 reported bullets being fired out of a parked grey car nearby.

None of the bullets hit Marodin, but a 25-year-old friend, Paulo Sergio Veiga de Almeida, was taken to hospital after sustaining some injuries in the gunfire.

Claudio Dalledone, the lawyer of the Curitiba Trafficutie, has said this is the third residence his client has lived in since she was fitted with an ankle tag in mid-December last year.

Marodin was reportedly changing her address frequently due to an uptick in threats on her life, with the woman telling her lawyer she regularly noticed suspicious activity nearby.

She was arrested in mid-November last year, roughly an hour-and-a-half away from Curitiba in the town of Matinhos.

Prosecutors accused Marodin of trafficking, money laundering, and criminal enterprise after £182,000 was found in her account.

Her bank account was frozen and her initial preventive detention jail time was changed to a house arrest the following month.

In the same operation that jailed Marodin, police seized 13 properties valued at £701,00 total, some of which were high-end, believe to belong to the alleged gang, as well as 39 weapons, £16,800 in cash, a motorbike, and five cars.

Local media reported that Marodin was appointed head of the organisation after her husband, Ricardo, was assassinated at their child's birthday party.

Camila has reportedly denied all accusations.