A well-known figure in UK media, Ahmad was among the first Muslim Asian women to rise to the top of broadcast reporting. 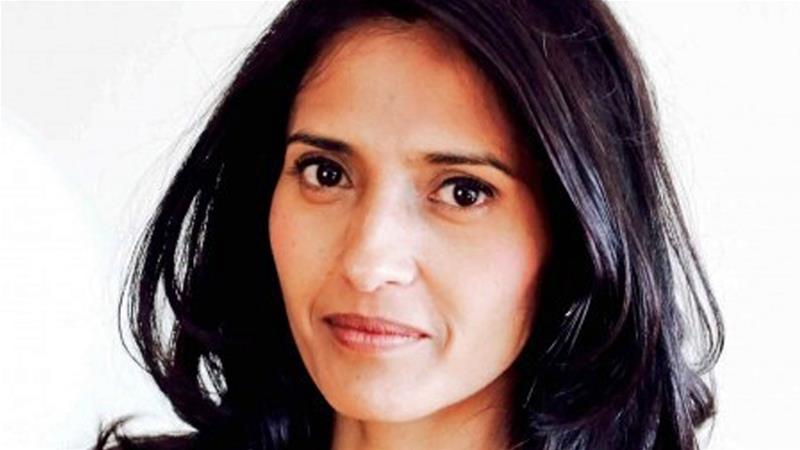 Ahmad, who passed away on Wednesday after battling cancer, was a well-known figure in British media, where she was among the first Muslim Asian women to rise to the top of broadcast journalism.

With a career spanning 20 years across several major outlets, the award-winning British journalist was a foreign correspondent for NBC News and an investigative reporter for Channel 4’s current affairs show Dispatches.

In addition to writing for newspapers, she also wrote a book – The Checkout Girl – about her “undercover” investigation on life on the supermarket conveyor belt.

Ahmad, of Pakistani descent, was a mother of two and an active advocate of women’s rights. She was also involved in charitable causes against domestic abuse.

Her documentary The Hunt for Britain’s Sex Gangs won her the Asian Media Awards for Best Investigation in 2013.

We are deeply saddened to learn of the passing of Tazeen Ahmad. Tazeen was one of the most gifted journalists of her generation and during her life made an incredible impression on all those who met her. Our sincere condolences to her family, friends and colleagues. pic.twitter.com/EwZjE7e8eR

Ahmad’s death was announced in a public statement by her brothers, in which they praised her ability to leave a “lasting impression on everyone she met both through her professional and personal life”.

“We remain immensely proud of all she achieved – as a mother, journalist, writer and for her coaching work. So many people have been in touch remarking on her powerful ability to turn around people’s lives for the better.

“She was so proud of her two young boys who are left to remember their loving, kind, smart, nurturing, beautiful mama.

“She was in an amazing room filled with sunflowers, cushions, candles and an abundance of love when she passed away, surrounded by her close friends and family,” the statement said.

Nida Hasan, Ahmad’s niece, said in a Facebook post that her aunt was “a doting mother to two of the most intelligent, kind, young boys I know, and a pair of cats”.

Other tributes were paid online, with filmmaker Deeyah Khan saying Ahmad was “widely admired and celebrated for her courage, insight and ground-breaking accomplishments”.

“Tazeen paved the way in an industry that is not always accepting or supportive of women, especially women of colour,” Khan added.

“In 2001 when I joined the launch of @bbcthree news, she was the Presenter. Graceful, kind and inspirational she became a mentor and friend. It meant so much to see a brilliant Asian woman excel. She was a dogged journalist + a role model,” Vaidyanathan said on Twitter.

Helen Purvis, a broadcast agent, said on Twitter: “Tazeen Ahmad will be terribly missed. She was an excellent journalist for @C4Dispatches @NBCNews @BBC who searched out truths in some very dark places, winning praise and prizes. A wonderful warm person with a wicked sense of humour that I, for one, will never forget.”

Tazeen Ahmad will be terribly missed. She was an excellent journalist for @C4Dispatches @NBCNews @BBC who searched out truths in some very dark places, winning praise and prizes. A wonderful warm person with a wicked sense of humour that I, for one, will never forget. pic.twitter.com/4qQ0CGWitK

Hina Zaidi posted, “She was also beautiful inside out and a caring, loving friend. I will miss her beyond what words can express. We’re lucky this planet had her for the short while it did. #RIP”.