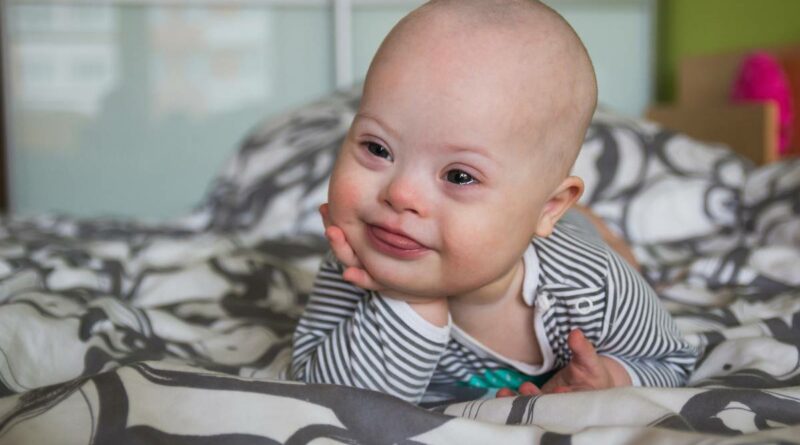 An Auckland school has distanced itself from comments made by one of its teachers after the mother of a Down syndrome baby went public with what she says was an “ableist” attack on families living with the condition.

The school said it was investigating after one of its staff wrote that they would have “killed” the child if they were in that same position.

The teacher left the comment on a TikTok video posted by the young mother, where she had talked about treating her Down syndrome son the same as any other child.

“Brave. If my test came back with that I would have killed it,” the teacher wrote.

The mother-of-one told the Herald she was disappointed by the comment, which she labelled “very hurtful”.

She said she had seen similar sentiments expressed by “little teenage boys” but was surprised to see it came from an older woman – and a teacher.

The Herald has seen messages between the two women, posted on a public page, where the teacher says her message was misconstrued.

“You have taken my message the wrong way. I said you were brave and meant it. I couldn’t do it! I had the test while pregnant and had the talk about options. I couldn’t do it and think you are brave,” she wrote.

That explanation was not accepted by the young mum, who replied: “I think you’re just mad I called out your disgusting behaviour. I never asked for your unsolicited ableist comment.”

The school’s principal yesterday posted a message to parents addressing the controversy.

“I would like to touch base with families to confirm that we are aware of the post that is
currently circulating online,” the message read.

“The Board of Trustees and I wish to affirm this is not reflective of our school’s position
where we celebrate diversity, difference and inclusion.

“As you will understand we cannot comment on an individual employee but we can say that we have robust processes to deal with concerns.”

A police spokesperson told the Herald that police were aware of a complaint that has been made, but said no criminal offence has been disclosed and therefore “no further action will be taken at this time”.

In an interview with the Herald, the young mother who initially spoke out said she was motivated by a desire to change the narrative around raising a child with Down syndrome.

The mum said she had previously responded to negative comments directly on social media, but that the teacher’s words were a tipping point that spurred her into action, saying that people needed to be made accountable or else attitudes would not change.

She told the Herald that even framing the decision to give birth to a Down syndrome as “brave” had a “hidden agenda”.

“Imagine if I went up to every mother and went ‘Oh my God, I can’t believe you kept the baby, you are so brave’.

“I had the baby nine months inside of me, why are you so shocked that I kept it?”

She said that most people are “more than capable” to raise a child with the condition, but that wider society sent the message that having a Down syndrome baby is too difficult.

“I wish the medical industry would stop trying to scare parents out of it,” she said.

She said that early scans showed that her child showed an elevated risk of being born with the genetic condition but she had to fight repeated attempts by medical professionals for her to have further, invasive tests.

She said she had to fly from Gisborne to Auckland twice for other tests but that she never wavered from her decision.

“Why does it matter? Because at the end of the day it’s not going to change the fact that I’m going to have him.”

She said she changed GPs at 35 weeks into her pregnancy and was shocked to be asked if she was still having her baby.

“I think society has become so obsessed with being perfect that people are embarrassed to have children with Down syndrome.”

She admitted that those children can have a lot of health issues but those can be managed “with the right love and support”.

The mum grew up with a Down syndrome sibling and said that schooling was key to their integration,which made her feel upset for children taught by a teacher who “doesn’t think that my child is worthy of life”.

She said that she had received some backlash for her decision to expose the teacher, but spoke out to make sure that parents of special needs children at the school were aware of what was said.

“She’s a teacher, she should have thought about what she commented.”