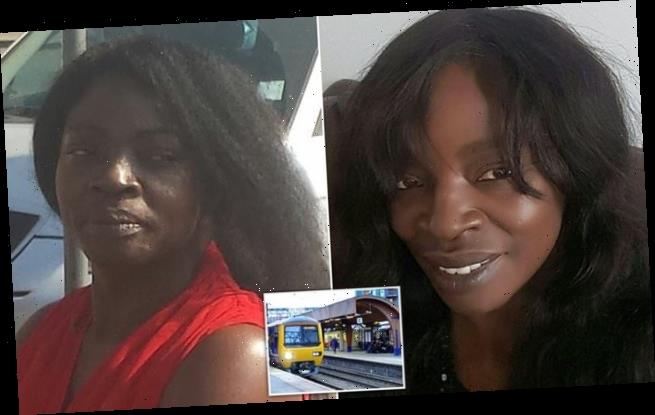 Teacher and Labour Party activist who was kicked off train for fare dodging before hurling abuse at guard said arrest was her ‘Rosa Parks moment’, court hears

An English teacher and Labour Party activist who was kicked off a train for fare dodging before hurling abuse at a station guard said the arrest was her ‘Rosa Parks moment’, a court heard.

Anyannah Ndukwe, 56, was spotted tailgating another commuter through ticket barriers at Oxford Road train station in Manchester in July 2019.

The activist, who also teaches drama at Trinity High School in Hulme, was stopped by Northern Rail official Steven MacDonald, who asked the woman if she had a valid ticket.

Ndukwe responded: ‘Are you taking the f***ing p***,’ before telling him ‘You are a f***ing d***head’ and walking away, Bolton Magistrates’ Court heard.

She then boarded the train, which was consequently delayed by an hour while British Transport Police were called to escort Ndukwe away from the scene.

Ndukwe was arrested after she refused to give her name, the court heard. 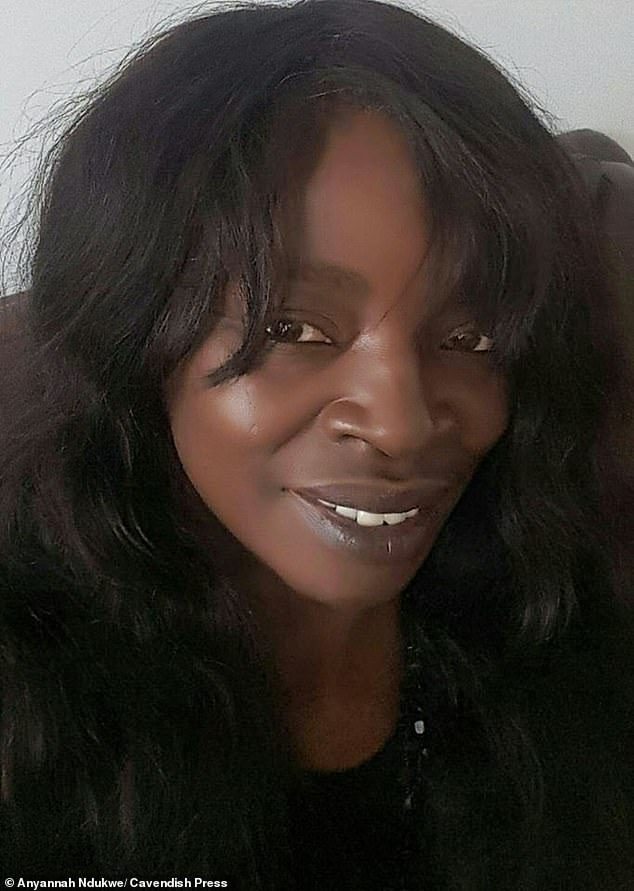 Anyannah Ndukwe (pictured), 56, was spotted tailgating another commuter through ticket barriers at Oxford Road train station in Manchester in July 2019

The teacher later claimed she bought a ticket in advance through the Northern Rail app and accused staff of racism, even comparing herself to civil rights activist Rosa Parks.

Parks, known as the ‘the mother of the freedom movement’, famously refused to leave a bus seat reserved for white people in Montgomery, Alabama in 1955.

Ndukwe, from Liverpool, denied wrongdoing at Bolton Magistrates’ Court but was found guilty of obstructing a train and using threatening behaviour.

She was fined £180 and ordered to pay £50 compensation to Mr McDonald, alongside £400 in court costs.

Ndukwe was boarding a train home to Liverpool Lime Street following a day at work when she was caught slipping through a ticket barrier behind another traveller.

Mr MacDonald told the hearing: ‘I noticed the customer had tailgated and that caught my eye. I noticed her “truffle shuffle: through the barriers and I did not see a valid ticket so I asked her for her ticket. 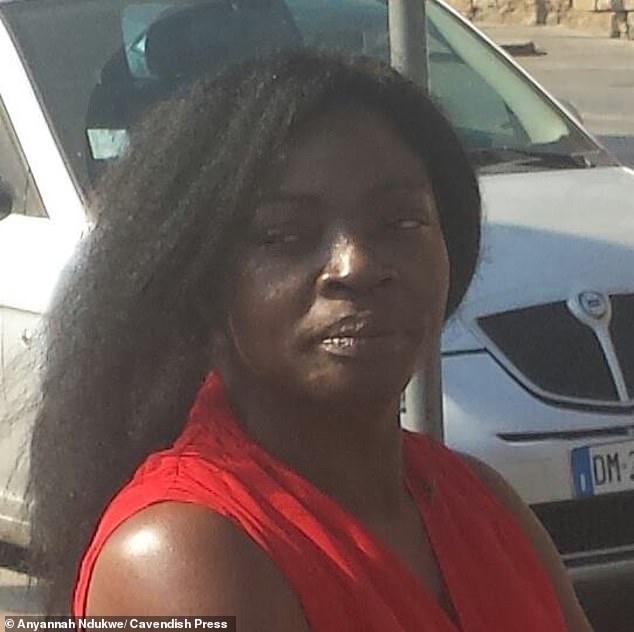 The activist, who also teaches drama at Trinity High School in Hulme, was stopped by Northern Rail official Steven MacDonald, who asked the woman if she had a valid ticket 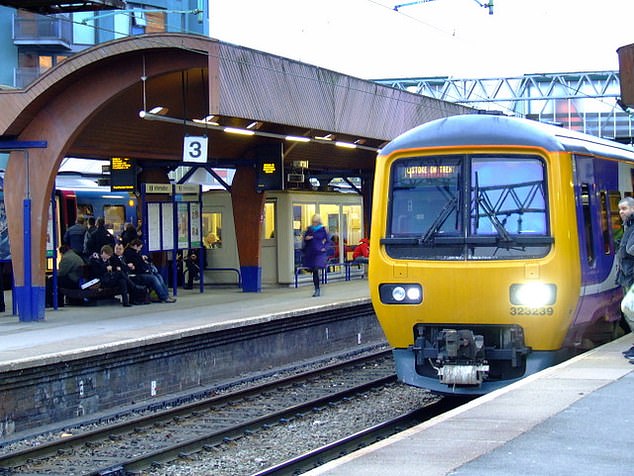 She boarded a train at Oxford Road station (pictured), which was consequently delayed by an hour while British Transport Police were called to escort Ndukwe away from the scene

‘She said she had it on her phone, which she showed me but she did not have a valid ticket on the phone. I handed her the phone back to her and I said you need to buy a ticket.

‘But she then said, “Are you taking the f***ing p***?’ I said can you please stop swearing but she started walking away and I was following her.’

Mr MacDonald then contacted his supervisor to report the interaction, but lost sight of Ndukwe who had boarded a train.

His colleague Devan Walters said: ‘I heard the indecent language of her calling him “a f***ing d***head’.

‘Steven kept saying “you do not have a ticket you need to come back” but she continued to walk towards the train.

‘I spoke to her when she was on the train and told her she needed to get off but I got no response. Then she said she had a ticket, and she was not coming off but never showed me a ticket.’ 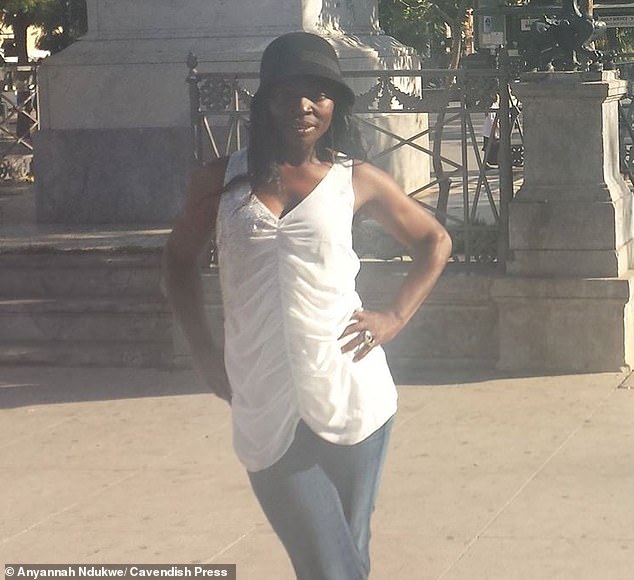 Ndukwe (pictured) claimed she ‘did have a ticket as I always do’, adding: ‘It is absolutely not true that I tailgated

PC Damian Stansfield of British Transport Police added: ‘We politely asked the lady to step off the train but she refused. We then tried to persuade her for five minutes and we were successful after that time.

‘But she never showed me a train ticket and we found her to be quite hostile, loud and non-compliant towards us.

‘We did our best verbally to get what we needed. We ordered for a female police officer to help in the situation. We were forced to make the arrest at the time because she refused to give her name and address.

‘She was then taken to a police van. She was upset and frustrated and was crying when we made the arrest. People videoed her protesting her innocence but I would disagree we were heavy-handed.’

Ndukwe claimed she ‘did have a ticket as I always do’, adding: ‘It is absolutely not true that I tailgated.

‘Train staff all know the app is temperamental and there is always a risk of losing a mobile service connection.’

She also told the hearing she ‘never said he was taking the p***’, adding she ‘said under my breath “Oh my God, this man is think” but I never called him a “f***ing d***head.’

‘I am sure I am not the first person to have a problem with Northern Rail and their app,’ Ndukwe said.

‘The train I was catching was leaving at 3.25pm and I was in a hurry to catch that train. I felt violated like Rosa Parks and I felt I was re-enacting that moment.

‘Nobody in this process was interested in seeing my ticket. I felt humiliated, violated and extremely upset when I was arrested. It brought tears to my eyes.

‘I guess I was staring racism in the face. People asked what had happened on the train. Two passengers felt uncomfortable with what they were watching.

‘People were telling the staff to leave me alone. They were upset.’