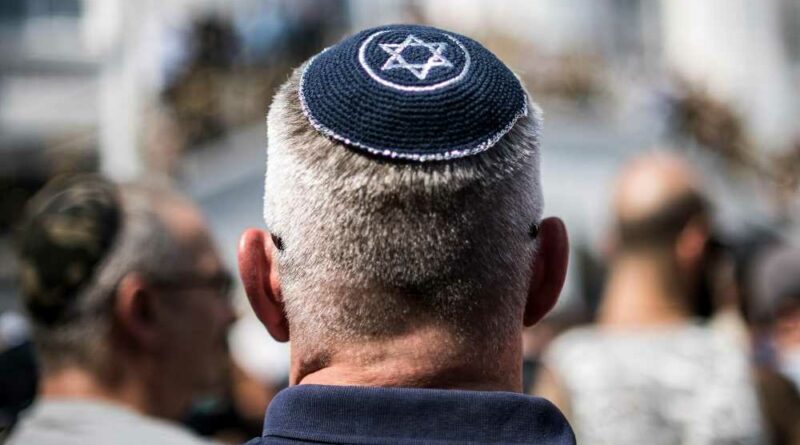 “It pains me to say this,” tweeted Team Biden staffer Aaron Keyak recently, “but if you fear for your life or physical safety, take off your kippah and hide your” Star of David. Keyak’s official White House title is “Jewish engagement director,” and his tweet revealed much about Team Biden’s views on anti-Semitism and cultural politics in 2021 — none of it good.

Keyak, an Orthodox Jew, is a longtime Beltway swamp creature and Democratic Party hack. During the 2020 campaign, it was his job to tell Jewish voters that then-President Donald Trump was their No. 1 enemy, that his supposed philo-Semitism was a ruse.

Trump was arguably the most pro-Israel and pro-Jewish president in US history. Fulfilling a promise made by several of his predecessors, and dismissing the objections of the foreign-policy establishment, Trump moved the US embassy to Jerusalem from Tel Aviv. To the amazement of the world, he also brokered historic peace deals between the Israelis and several Muslim states.

How to paint Trump as bad for Jews and Israel? Easy — by lying.

Repeatedly, Keyak echoed the “both sides” calumny, the false notion that Trump praised the neo-Nazis who marched in Charlottesville in 2017. Trump, Keyak said, had “inspired . . . anti-Semites to feel encouraged” and thus “made me feel unsafe in my own country.” Trump’s presidency, he wrote in the lefty Israeli newspaper Haaretz, “has helped embolden white supremacy throughout America. He has routinely refused to condemn their hatred.”

All lies. But all, apparently, in a day’s work for a Biden apparatchik.

Of course, it was precisely the wobbliness of President Joe Biden’s support for Israel that emboldened Hamas to attack the Jewish state. And it was the ensuing conflict that led to a wave of physical assaults against Jews across America — none of them, it is safe to say, perpetrated by people in MAGA hats.

And what, in this dire situation made possible by his boss’s fecklessness, is Keyak’s suggestion to his fellow Jews? To put away the outward signs of their faith and peoplehood.

It was heartening to read the replies to Keyak’s tweet: “Nobody should have to hide who they are to be safe in America.” “That type of submission never led to anything good.” “Interesting — I didn’t fear for my life or physical safety under Trump.”

Having lived in Europe for two decades, I’m not unfamiliar with the idea of Jews concealing their identity. As the Continent’s Muslim population has grown, so, too, has the amount of brutal public violence against Jews. The “genteel” anti-Semitism of European cultural elites, usually disguised as opposition to Israel, often abets the street-level Islamist thuggery.

The result: Even as European Muslims audaciously block traffic by praying in the streets, European Jews don’t dare hang a tiny Star of David from their necks.

In 2013, 49 percent of Jews in Sweden said they didn’t dare to wear such objects in public; the corresponding figures for France and Belgium were 40 and 36 percent, respectively. In the years since, those numbers have only risen.

Hiding one’s Jewish identity, alas, is always only one step in a grievous process of retreat. The first step is explicitly distancing oneself from Israel. The second step is removing the kippa and Star of David. And the third step is flight.

“Facing record levels of anti-Semitism,” reported National Geographic in 2019, “many French Jews are joining an exodus to Israel. A third of all the French Jews who’ve emigrated to Israel since its establishment in 1948 have done so in the last 10 years.” The trend is present across Western and Northern Europe.

Where are these Jews fleeing to? Many choose Israel, needless to say. But others settle in America.

Yet with our new president lavishing praise on anti-Semites like Reps. Ilhan Omar and Rashida Tlaib (and sending mixed messages on the vile Linda Sarsour), and with his errand boy Aaron Keyak urging his fellow Jews to ditch their yarmulkes, what kind of refuge can America be?

You don’t have to be Jewish to be distressed by the thought that America, under Biden, may be the next Western country Jews flee.

Bruce Bawer is the author of several books, including “The Victims’ Revolution.”