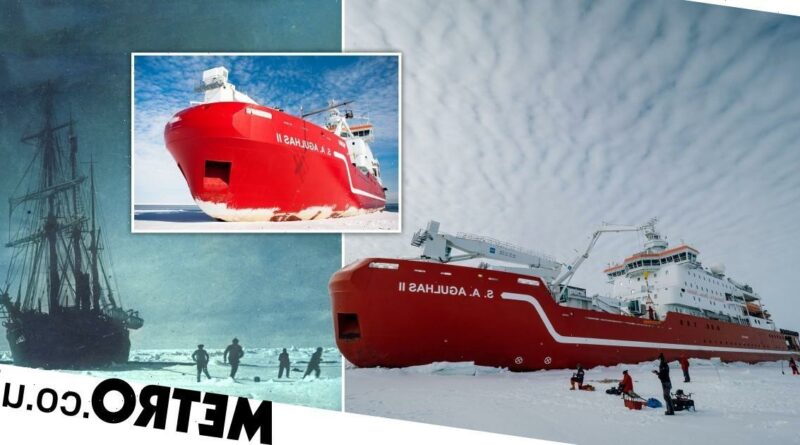 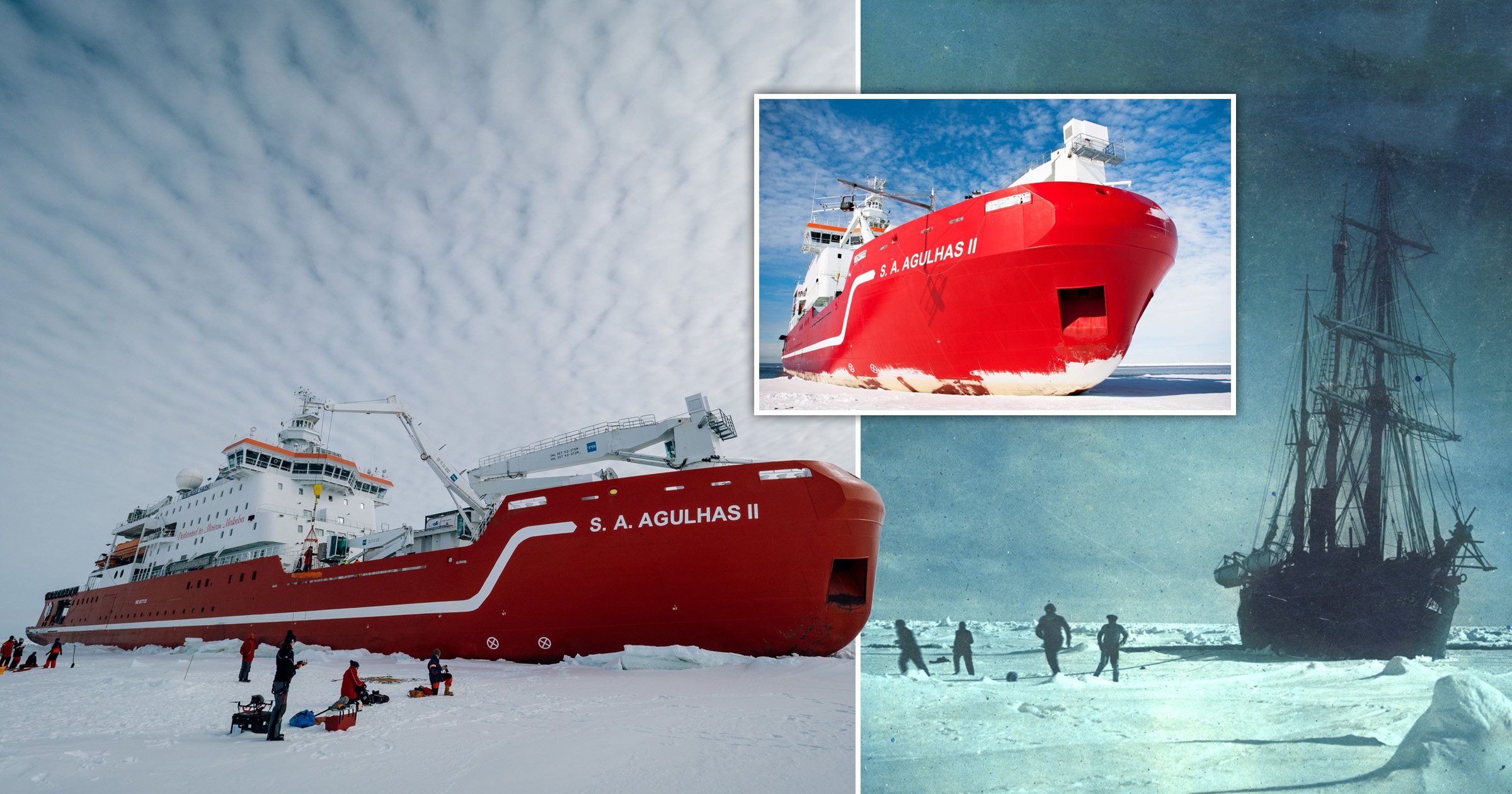 History very nearly repeated itself when the mission hunting Sir Ernest Shackleton’s lost ship got stuck in the same spot where it disappeared.

The Agulhas II – part of the Endurance 22 expedition – became wedged in the ice as temperatures in Antarctica plummeted to -10C on Monday.

The South African icebreaker has reached the Weddell Sea where Shackleton’s ship was last spotted in 1915.

It almost couldn’t go any further but, thanks to modern methods, the crew managed to break free and continue with the mission.

TV Historian Dan Snow, who is on board, shared a video on his History Hit TikTok page telling followers ‘the ship is stuck.’

He said the engines were on ‘full blast’ and a crane was trying to move weight around as part of efforts to get free.

It is understood the ship was able to wiggle its way out of the ice by balancing a large container of aviation fuel for a helicopter over the side and moving it back and forth.

In a later update on Tuesday, Mr Snow said: ‘We managed to free ourselves from the ice. The expertise of captain Knowledge Bengu and his brilliant crew made sure that we weren’t stuck there for very long in the end.

‘We blasted our way out of the ice, we have moved positions in the search box and we are now surveying the seabed again for Shackleton’s Endurance.’

Shackleton and his crew abandoned the ship after 10 months stuck on the ice before making the treacherous journey to safety with limited resources.

The expedition gained notoriety for the incredible escape, and the fact almost all of the crew survived the expedition.

Ever since, explorers have attempted to search for the wreckage but it has never been found.

Endurance 22 is equipped with autonomus underwater search vehicles which can be used to locate, survey and film the wreck, if they find it.

They can travel for up to 100 miles from base so could be deployed even if the ship becomes stuck again.

As well as historians, a crew of marine archaeologists, polar scientists and technicians are on board and the expedition is also looking at how the Antarctic environment is being affected by global warming.

It is expected to be on the sea for 35 days and will need to leave before the Antarctic winter begins.