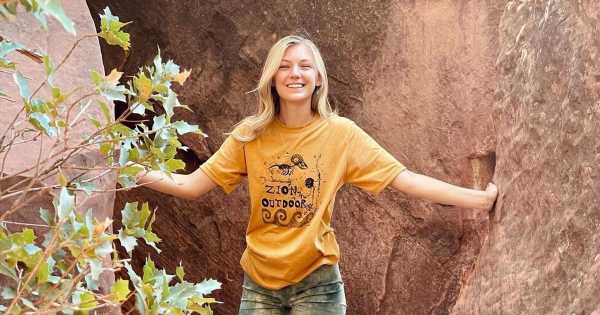 The mum of a 22-year-old New York influencer who mysteriously went missing during a cross-country trip has said she’s convinced that her daughter will return home.

After setting out on their journey on July 2, the last known location of YouTuber Gabby Petito and her boyfriend – who has been identified on social media as Brian Laundrie – was Grand Teton National Park in Wyoming late last month.

But although she said she hadn’t heard from her daughter since then, an emotional Nicole Schmidt told a press conference on Monday: “I believe a mother’s instinct is the most powerful.

Nicole said Gabby and Laundrie had been at high school together and had later “rekindled” their relationship, living together in Florida for more than two years, reported the New York Post.

“As a mum, I had concerns about a daughter going on a road trip in general, but I felt safe, they were together,” she said.

“They had a plan, an itinerary, and we were excited for them. Everyone wanted to be doing what they were doing.”

But Laundrie – who has now returned home to Florida – has retained an attorney and has refused to talk to police.

The couple’s white 2012 Ford Transit van with Florida number plates has been recovered.

Gabby is 5ft 5in and has blonde hair and blue eyes. She has several tattoos, including one on her arm that reads “let it be”.

At the press conference, Nicole said: “I think she was the kind of person who was free.

“She went where the day took her. She didn’t have a plan. This was a plan, but what was next, we don’t know.”

Gabby and Laundrie had started their trip in New York and were due to bring their adventure to a close by visiting friends in Portland at the end of next month.

Despite the appeal, Nicole declined to answer most follow-up questions at the news conference.

It’s believed that’s because she has separately given an exclusive interview to a TV network.

Laundrie could not be reached for comment by local media.