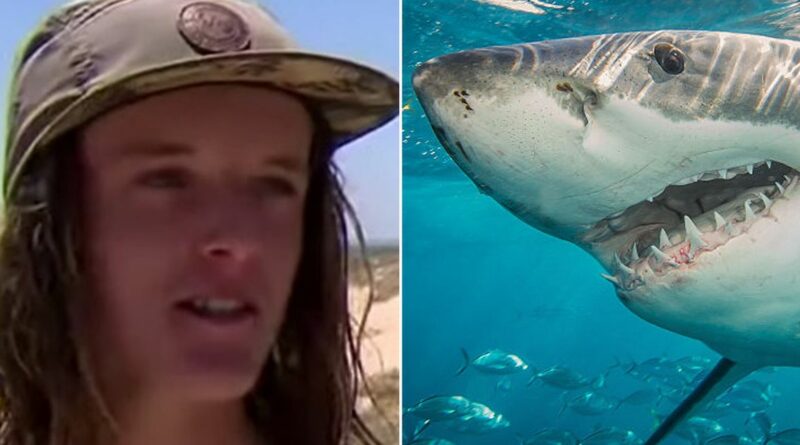 A brazen youngster who was almost knocked off his surfboard by a terrifying shark was warned by his mum to never go surfing again – but returned to the infested waters hours later anyway.

Brave Bryce Hickman was riding waves with his brother at Cosies Surf Break, an hour south of Perth, Australia, when the two-metre long predator bumped into him and checked him out before swimming away.

The 15-year-old raced back the shore and screamed to alert others to the roaming beast.

After he altered officials, the beach was shut amid other reports of sharks spotted swimming in the waters nearby.

But when the waters were opened up to fearless surfers once more, Bryce was straight back into the sea – despite his worried mum telling him not to.

After returning from the day’s second surf, he told 9News: “I was waiting for another wave, and something just kind of nudged my surfboard.

“It was pretty scary, I didn’t want to hang around that long. I looked again and saw this big shark and I darted off.

“I only got one wave, so just waited a few hours and came back, and got the last couple of sets for the day.

“Mum was pretty terrified, telling me, ‘You’re not going to go surfing anymore.”

Hours after courageous Bryce reported the killer fish, a bronze whaler was spotted swimming nearby.

Although the shark is not as aggressive with humans as the infamous Great White, the species is still listed as dangerous and has previously carried out fatal attacks in the area.

Just two hours away from Bryce’s encounter at Cosies Surf Break, a 21-year-old bloke from Sydney was killed whilst on a bodyboard in 2011.