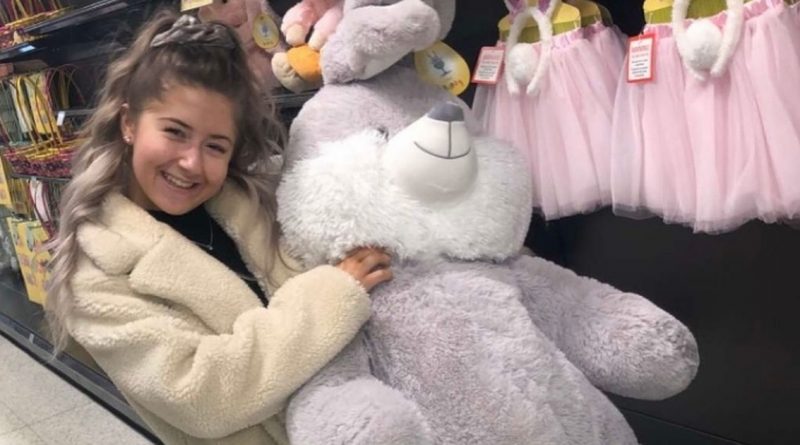 A teenage girl has been banned from driving after admitting to causing the death of her friend.

Georgia Ogden, 17, from Congleton, Cheshire, was a passenger of the Suzuki Swift which Millie Beard was driving during a collision with a lorry last summer.

Beard has now pleaded guilty to causing Georgia’s death during the collision – which happened in Astbury, Cheshire, in June 2020.

The 18-year-old and another teenage girl were both seriously injured during the crash. They were taken to Royal Stoke University Hospital for further treatment.

Beard appeared at Crewe Magistrates' Court, where she pleaded guilty to causing death by careless driving.

She was handed a community order and will be electronically monitored with a curfew imposed each Friday, Saturday and Sunday between 7pm and 7am for six months.

Beard, of Somerford, has been banned from driving for two years and ordered to pay costs and a surcharge totalling £180.

She must pass an extended test of competence before she can drive again.

The tragic crash happened on the 50th birthday of Georgia's dad, Mark, who says he misses his "talented daughter every day".

"She was constantly singing and dancing in her bedroom and around the house, to the point where you would just turn behind you and she would be dancing and singing down your ear.

"I still think she'll be in her room now. I would go open her bedroom door and she would be like 'shut the door, I'm on a video call or I'm Face Timing somebody.'"

Following the sentence, Georgia's heartbroken family said "no sentence will ever be enough" because nothing will bring back their "beautiful, loving, caring, sassy" girl.

"We are absolutely heartbroken that neither us or any representatives for us got the opportunity to hear the sentencing which would have helped us possibly move forward," her family told CheshireLive.

"However, no sentence will ever be enough because nothing will ever bring our gorgeous Georgia back.

"The devastating reality is that we are the ones living with a sentence, a life sentence, without our beautiful, loving, caring, sassy daughter Georgia in our lives.

"We are so truly devastated by the whole thing and events that have followed since."

The family has set up The Georgia Leigh Ogden Foundation, a charity in her memory dedicated to helping young children and adults.

For the past few months the family, Mark, wife Mandy, and brother Josh, 21, have been working hard to make the charity a reality and preserve their daughter's memory.

The primary goal of the foundation will be to help better the lives of those who are in need, something Georgia always desired to do.

Mark said: "Friends and family have been absolutely unbelievable, how they have helped us by donating, spreading the word, it brings me to tears sometimes when I think of how much they are helping.

"Everyone is wanting to keep Georgia's name alive."