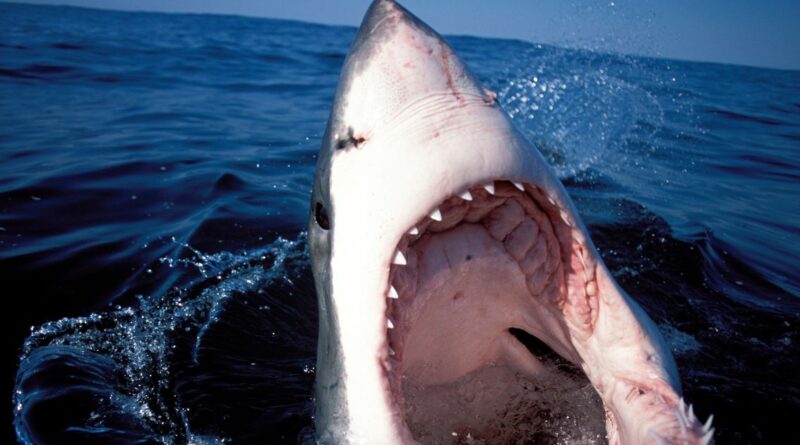 A boy narrowly escaped death when a 3.5m "monster" great white shark launched itself at him in an attempted attack.

A man from Mount Maunganui, New Zealand has detailed how a teenage boy was almost fatally caught by a giant shark that was "out for a kill".

Vaughan "Willow" Wilson was surfing with his friend and his friend's 14-year-old son, all three experienced surfers, off the coast of Matakana Island when he witnessed his friend's son narrowly avoid death.

“It was a 3.5m monster, out for a kill. It launched itself out of the water until its whole body was fully airborne, about half a metre above the ocean, like it was flying.

“I screamed ‘shark, shark’, at the top of my lungs but the waves were so high and there was so much white water around, no one could hear me even though I’m known for being pretty bloody loud.

“It was both frightening and stunning – flying through the air bathed in sunlight. I knew it was a great white straight away from its white belly and the huge size and shape of its pectoral fins and tail. I know sharks well.”

Willow explained that he was the only one out of the three of them to see the ferocious monster.

He was forced to watch as the shark followed the teenager as he surfed a wave. he said: “It was like it was stalking its prey, following him. It sped ahead of him and did a u-turn in the hole – the deeper part of the channel which makes for good waves – and it was then it exploded out of the hole to try to nail the boy.

"But it had miscalculated because just before the boy came off his board he had done a sharp turn. That decision to turn saved his life because it meant the shark’s jaws missed him.”

After the shark targeted its prey, it landed back in the water, only just missing the boy who had come off his board.

He added: "It splashed back in the water near his right shoulder, missing him. He was off his board, waist-deep in water and completely unaware. The shark disappeared back under the water and I couldn’t see where it was – I was scared.”

It was only after the attempted attack that the boy finally heard the calls for "shark" and he calmly paddled back to shore, evacuating the waters.

Great white sharks are known to be present in the waters around New Zealand all year round, although most encounters tend to happen between December and May as more people are in the water.