Teenager, 18, who went missing from ‘hippy commune’ is found dead in suspected suicide 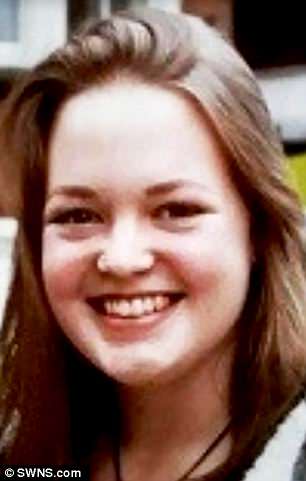 Rose Chambers, 18, pictured, was found dead today in Kingsland, Shropshire, by police looking for her after she went missing on Monday

An 18-year-old woman who went missing from a ‘hippy commune’ has been found dead by police in a suspected suicide.

Rose Chambers was reported missing after she was last seen at 8pm on Monday at Berrington Hall, near Shrewsbury, Shropshire.

The Georgian rectory, built in 1805, and its 20 acres of countryside and is home to around 16 members of the ‘Crabapple Community’.

The group describe themselves as a ‘housing co-operative’ living ‘as sustainably as we can to be self sufficient in produce’.

Rose, from Shrewsbury, had been staying at the commune and was last seen in the grounds at 8pm on Monday.

Police and volunteers from West Mercia Search and Rescue team searched for the teenager.

They discovered her body around five miles from the commune in woodland near Kingsland, Shropshire, on Wednesday and said there were no suspicious circumstances.

A spokesperson from West Mercia Search and Rescue said: ‘The team was tasked by West Mercia Police to search for Rose Chambers, a young lady from Shrewsbury.

‘Unfortunately we discovered her body during these searches.

‘We were able to help police with a dignified and respectful recovery, and waited with her until she could be passed on to the undertakers.

‘We would like to send our deepest condolences to Rose’s family and friends upon this tragic news.

‘Our thoughts are with those affected, and our thanks are with the team and Police officers involved for their professional and considerate work.’

West Mercia Police are not treating her death as suspicious.

A woman who said she was a member of the Crabapple Community said: ‘Rose was staying here. I don’t want to say too much more at this time.

‘It would appear that she took her own life.’

The community has been active in the area for more than 40 years.

Residents living in the nearby village of Berrington expressed their shock at the teenager’s death.

One villager said: ‘The people who live in the hall are all very pleasant. It’s a bit of a hippy commune. They grow their own food and never cause any hassle.

‘It’s really very sad to hear about the young girl who died. I didn’t know her but I can imagine the group are hard hit. They are very close knit.

‘They are a bit like a large family just doing their own thing.’

For confidential support in the UK, call the Samaritans on 116123 or visit a local Samaritans branch. See samaritans.org for details.