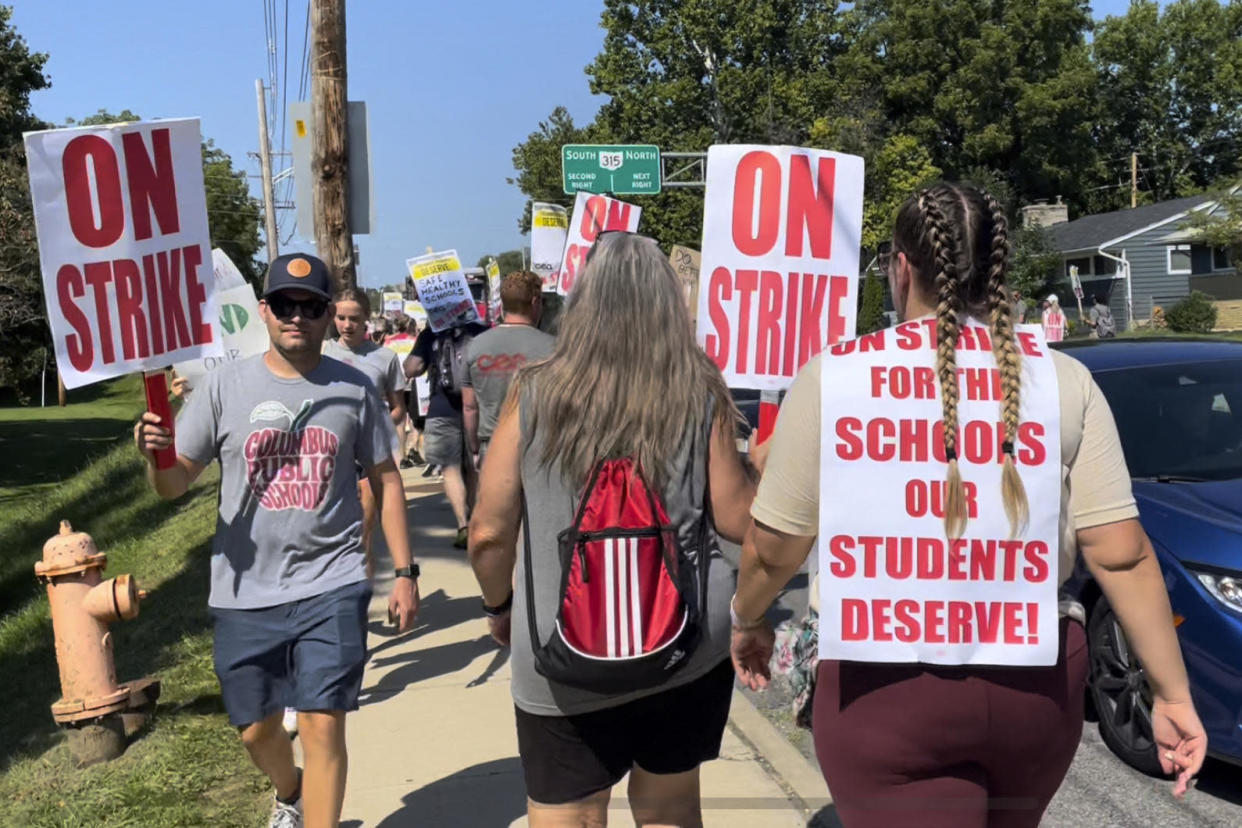 A tentative agreement was reached early Thursday to end a strike by teachers in the largest school district in Ohio, Columbus City Schools, the union announced. Terms of the deal weren’t disclosed.

The accord was reached at 2:38 a.m. Thursday after a marathon bargaining session that lasted almost 14 hours, the union said.

A mass membership meeting is planned for this weekend and the CEA bargaining team will recommend that members approve the pact, the union said, adding that the school board would vote on the contract if it’s ratified and in-person classes would resume Monday if both sides go along.

In the meantime, remote learning will continue Thursday and Friday, WBNS noted.

It’s the union’s first strike since 1975. The CEA represents nearly 4,500 teachers, librarians, nurses, counselors, psychologists, and other educators. The district has roughly 47,000 students.

CEA President John Coneglio said in a statement that, “This deal would not have been possible without the unwavering support of parents, community members, organized labor, and local businesses in Columbus. It was a city-wide effort that allowed CEA to win the schools Columbus students deserve.”

He also credited federal mediator Joe Trejo for “bringing the district back to the table.”

CEA Spokesperson Regina Fuentes said the strike “was about students who deserved a commitment to modern schools with heating and air conditioning, smaller class sizes, and a well-rounded curriculum that includes art, music and P.E.”

On the CBS News broadcast “Face the Nation” Sunday, Education Secretary Miguel Cardona didn’t address the situation in Columbus, but he said teachers in general should be paid more.

“In the last 25 years, when you adjust for inflation, teachers have made only $29 more than they did 25 years ago,” Cardona said. “We need to do better there.”

Cardona said states and school districts should use federal COVID-19 relief funds to address teacher shortages as students across the country begin the school year, and he urged institutions to quickly take action to provide the kind of comprehensive instruction that many feel has been absent since the start of the pandemic.

“This is a year full of promise and opportunities for students who have, for the last two years, put up with too much,” Cardona said on “Face the Nation” Sunday. “And thanks to the American Rescue Plan, the dollars are there to make sure that we can open up our schools with sufficient educators. Our students need more, not less.”

Schools are facing an ongoing shortage of teachers, which was an issue before COVID-19 emerged but now poses particularly dire consequences for students in need of additional support. The staggered, intermittent shifts to remote and hybrid learning over the last two and a half years took a toll on students’ development, and the Biden administration recently estimated that many are now two to four months behind in key subjects like reading and math as a result.