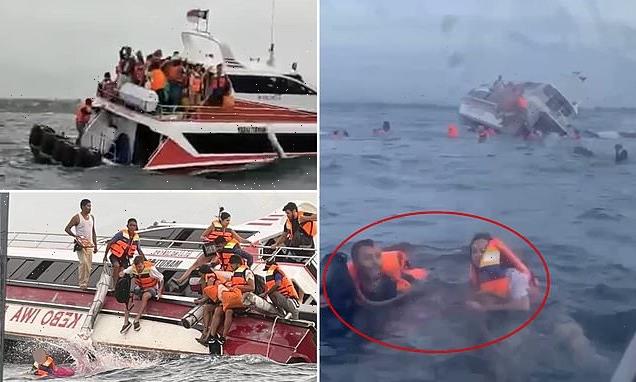 Terrified Bali tourists are forced to leap into the ocean from a sinking boat as wild waters overwhelm the vessel and leave them stranded at sea in a storm: ‘This is next level’

Terrifying footage has captured the moment a tourist boat carrying dozens of people sank in rough seas in Bali.

The passengers were spotted jumping overboard the stricken vessel in lifejackets, which sank at about 4.30pm on Tuesday while travelling to Nusa Penida-Sanur.

More than 23 people were rescued, with no casualties reported.

Footage of the ordeal has gone viral online, with many Aussies warning others about the risks of boat travel in Bali. 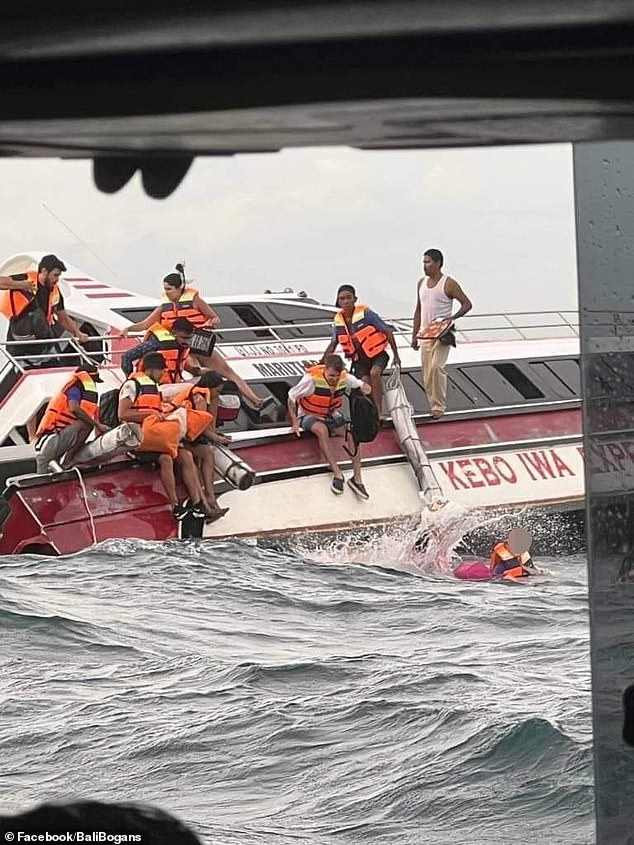 ‘When boats get cancelled or there’s a bad weather warning. Don’t try and find a cheap boat to get you across,’ one said.

‘I vowed never to go on one of those boats again after a horrific trip to Gili T when the captain got on his knees and started to pray,’ a second said.

‘We were also coming across shipping lane which made it even worse. These boat operators probably have no insurance and no regular maintenance.’

A third said: ‘My husband and I had the most terrifying ride of our life going over to Lembongan in 2019. When we were sitting at the airport a few days later there was a news broadcast of two people who died in the same waters because of a capsized boat. There really needs to be better standards in Bali.’ 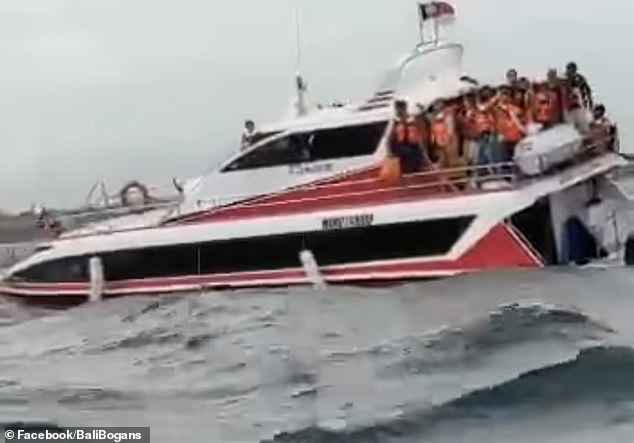 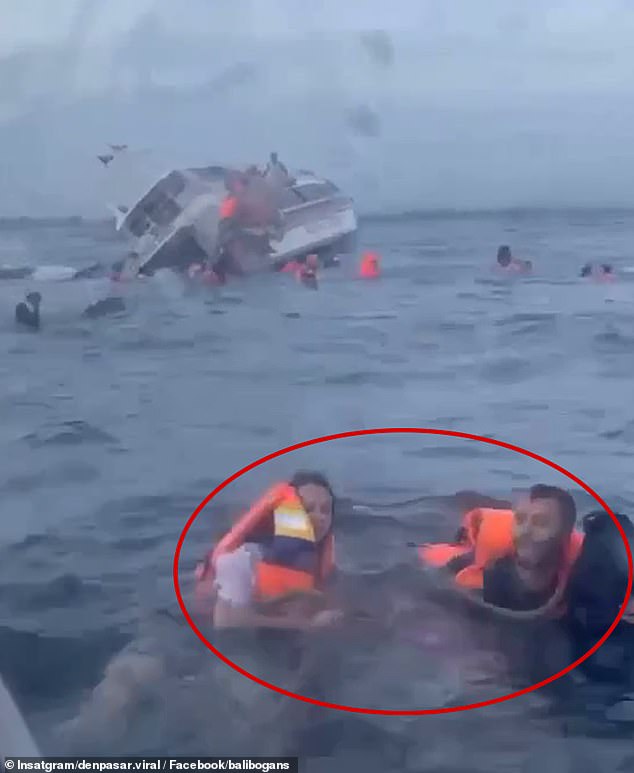 The boat was struck by a big wave that caused the vessel to sink, according to a local news source.

Fortunately, there were several boats in the vicinity who came to the rescue of the passengers.

While there were no causalities, some passengers suffered minor injuries as they exited the boat. Personal possessions were also lost.