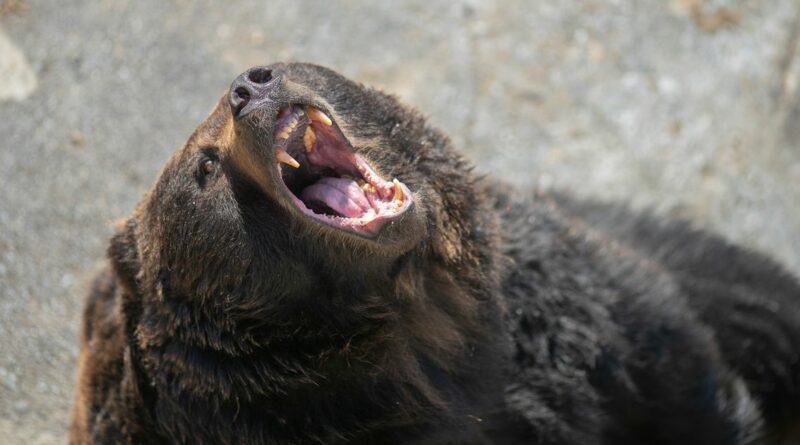 An elderly couple were left with serious injuries to their head and arms after they were mauled by a huge brown bear.

The unnamed Japanese pair, aged 78 and 81, were working in a field at their home in Matsumae Town, Hokkaido, when the beast’s rampage began.

Cops said the terrifying animal first attacked the wife before her elder husband was savaged when he jumped in to try and protect his loved one.

READ MORE: Bear mauls couple to death in horrifying attack before feasting on their flesh

Locals in the area have been warned to stay alert to the deadly brute as hunters from the nearby Hunting Club search the area.

The massive brown bear is said to be about two and a half meters (eight foot) in length, reports NHK.

Although the creatures do not routinely attack humans, brown bears can be a huge danger and often use their power to pick things up and rip apart prey.

They have an unpredictable temperament and such a strong bite it can crush the skull of human victims.

Hokkaido is no stranger to bear attacks and the town was once the site of an infamous bear mauling that left seven people dead.

The deadly Sankebetsu brown bear dominated the area for five days before it was finally killed in 1915.

Authorities at the time devised the controversial plan to use a victim’s body to lure the bear out, where they assembled a sniper team to shoot at it.

But the attempt didn’t work and eventually a local hunter named Yamamoto fatally shot the killer bear through the heart.

Stay in the loop with all the latest Daily Star news by signing up to one of our free newsletters here.

In fact, the incident is so famous it has been immortalised in a creepy reconstruction designed to warn residents of the dangers of brown bears.

The site is so creepy, visitors said they “couldn’t visit it alone” and were even “too scared to leave the car”.

Bears are so common, tourists were even told there was a risk they “may appear” during the walk.