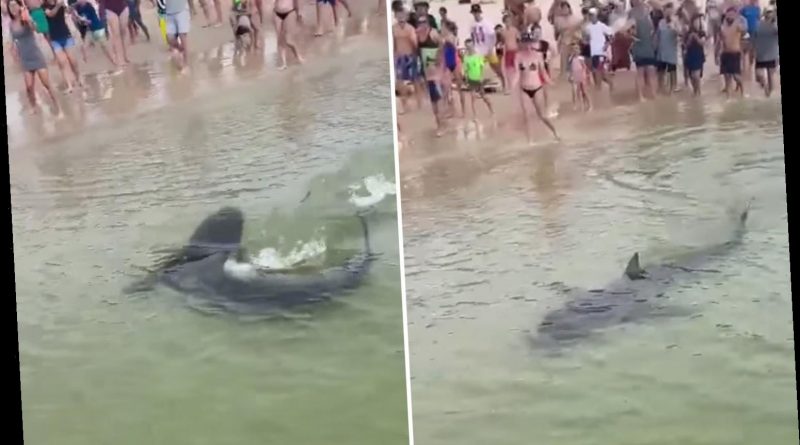 THIS is the terrifying moment a six-foot shark swims just inches away from startled beachgoers in Australia.

A clip shows the shark circling just a metre from the shoreline at Yarra Bay in Sydney yesterday morning – as panicked swimmers rush out of the water. 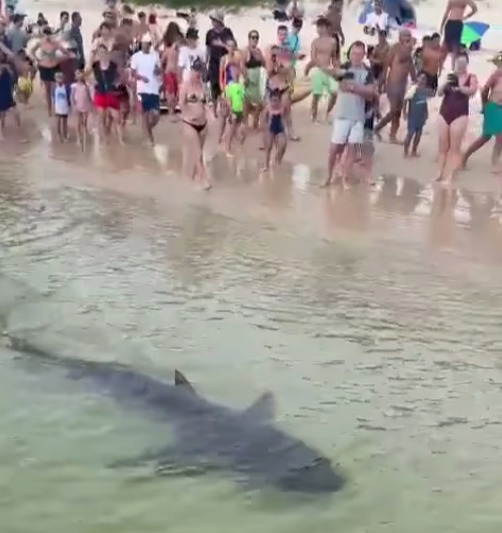 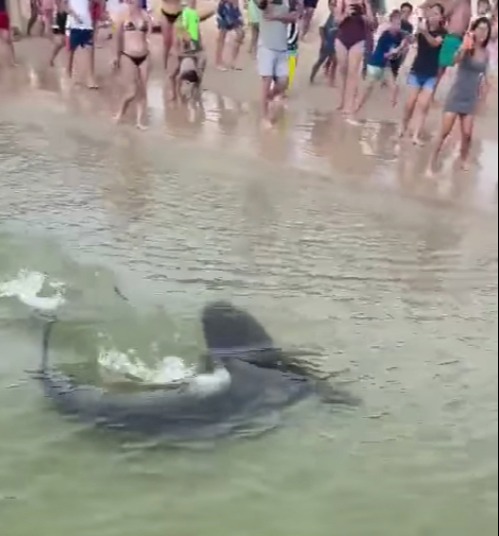 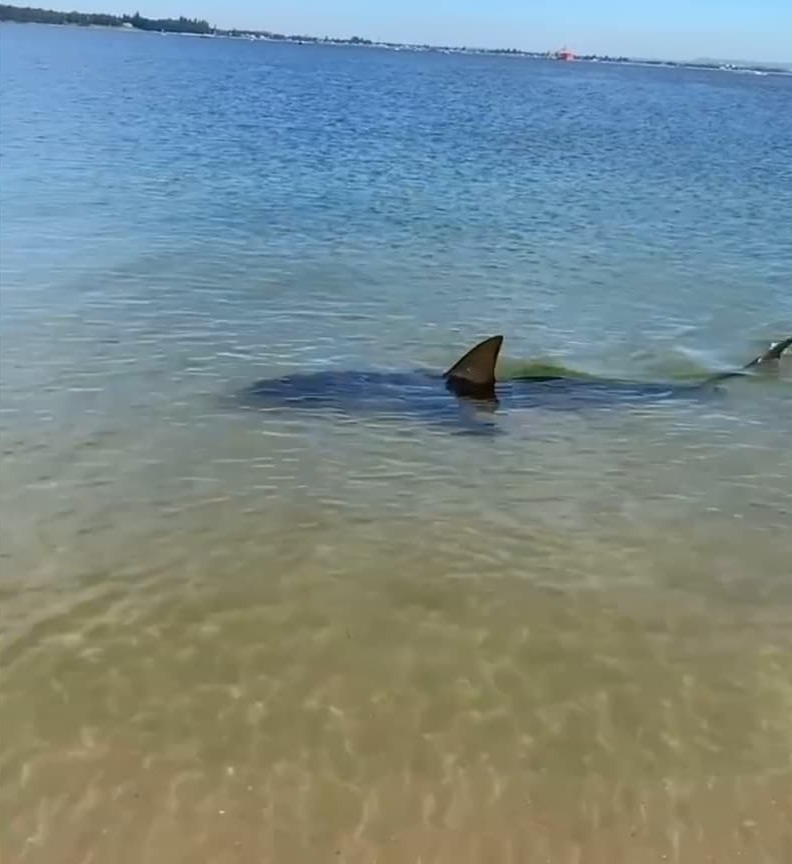 The shark, which appears to be injured, is seen writhing in pain as it struggles to swim in the foot-deep water.

Three beachgoers then wade in to help the animal and push it back out to sea.

As the shark falls to its side, one man is heard saying: “There's something wrong with it guys, just let it go.”

And another shouts: "Watch it, it could swing!"

The wounded shark is then seen swimming back towards the shore before falling onto its side.

It comes just weeks after a group of fishermen hauled in a huge 900lb shark off the coast of Sydney.

Incredible images of the enormous catch provided to the Daily Mail show one of the fishermen holding onto the shark’s fin to keep it secure, as it hangs off the end of the boat.

The sharks can grow up to 7.62 metres long and sometimes weigh more than 800kgs.

They were known to move down Australia’s east coast during summer, following food as it moved with the current. 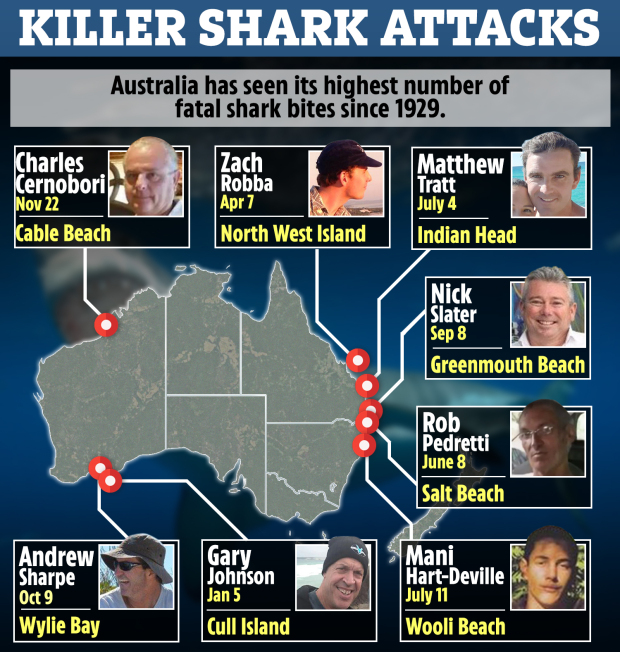