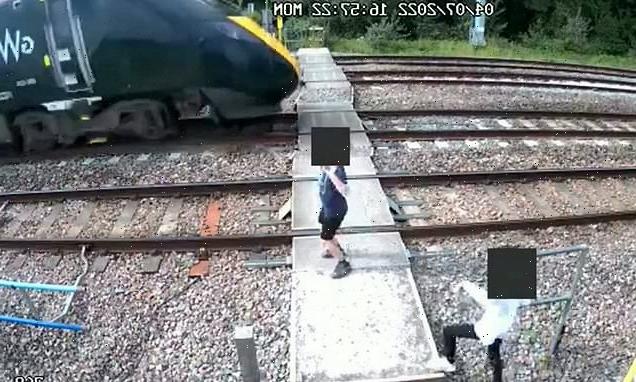 This is the terrifying moment a group of children are seen playing and dancing on rail tracks as a fast-moving train speeds past – as two adults look on.

Network Rail has shared the footage in a bid to show the dangers of level crossings, warning that they must not be used as ‘a playground’.

In the video, two young boys are seen running around and pushing each other to stand in front of an approaching train.

As the train nears, one of the boys – wearing a blue Adidas t-shirt and black jogging shorts – begins waving at the ten-carriage Great Western Railway service.

As it speeds past, another boy dressed in a white top and black trousers sprints away, before they can both be seen jeering towards the train.

Two women then appear to run onto the tracks, one dressed in denim shorts with a racer black top, towards the young boy in jogging shorts.

The second woman, wearing a black Adidas jumper dress, then pushed the other boy towards the track before sprinting across herself. 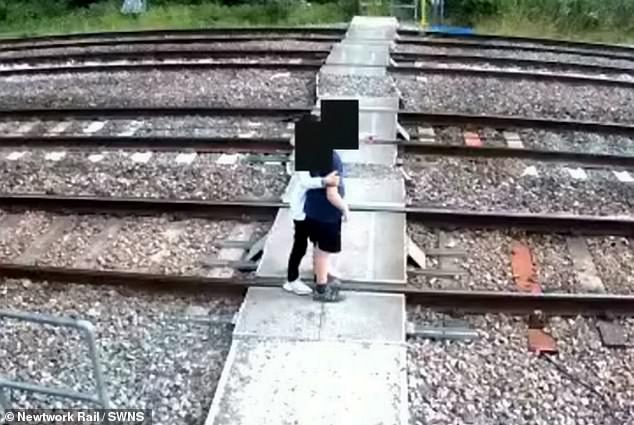 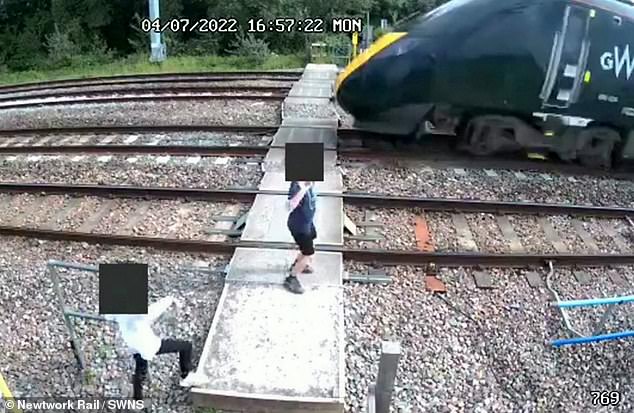 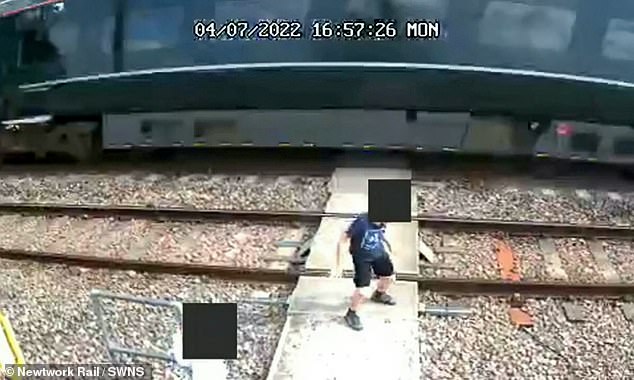 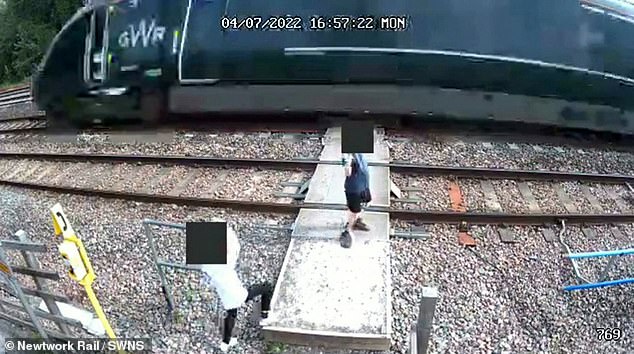 The 30-second clip was taken at the Wantage Road level crossing in Grove, Oxfordshire, last week 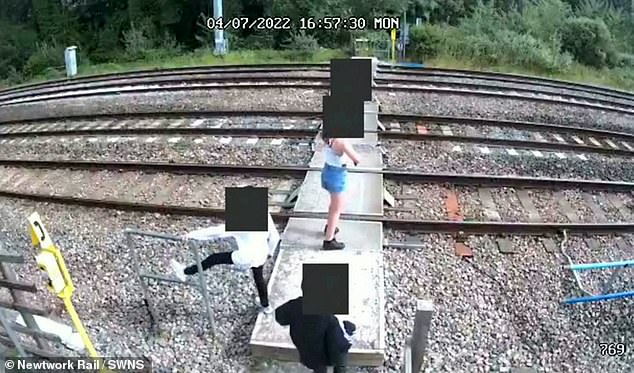 Two women then appear to run onto the tracks, one dressed in denim shorts with a racer black top, towards the young boy in jogging shorts

The 30-second clip was taken at the Wantage Road level crossing in Grove, Oxfordshire, shortly before 5pm on July 4.

Network Rail today tweeted: ‘Level crossings can be very dangerous and are not a playground!

‘PLEASE remind your children about the danger of playing near the railway.”

Network rail said the shocking footage was discovered after the driver of the 125mph express train ‘recently reported applying the emergency brakes after seeing children playing on the track.’

Alison Kramer, Network Rail’s Community Safety Manager, said: ‘The behaviour of the children captured by CCTV is really shocking and reckless. The railway is not a playground and what they are doing is extremely dangerous.

‘It is particularly disappointing to see this sort of mindless behaviour particularly when we work so hard alongside the British Transport Police in engaging with local schools and the community to educate people about how to behave safely when near the railway.

‘We sincerely urge parents in this area to speak to their children and ensure they understand the risks of trespassing and ask the public to report any trespass incidents they witness.’