DRONE footage shows the jaw-dropping moment a huge great white shark comes within several feet of a child on a surf board.

In the heart-stopping clip, the predator can clearly be seen circling the kid plus another surfer off the coast of Del Mar, California. 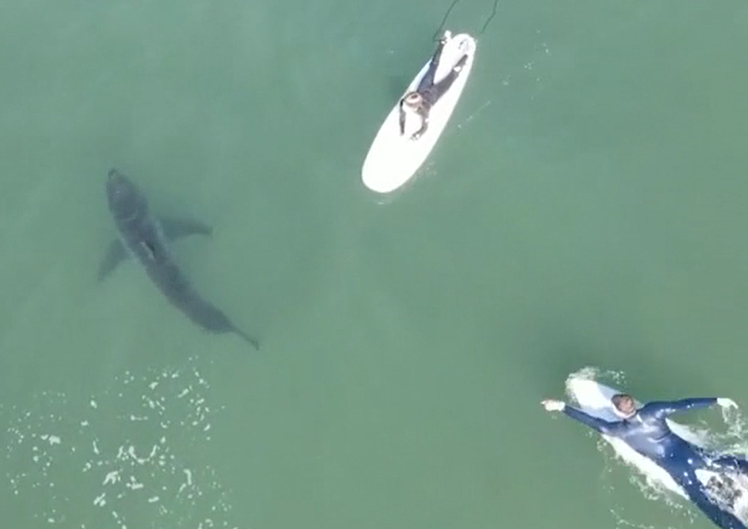 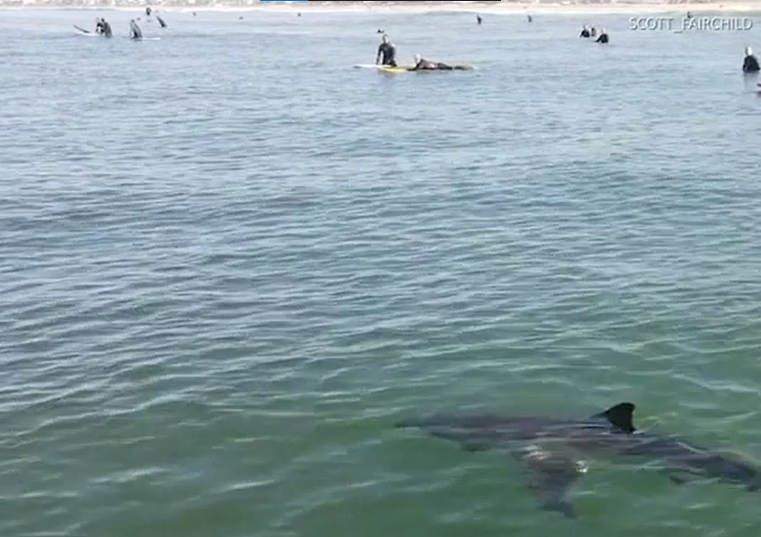 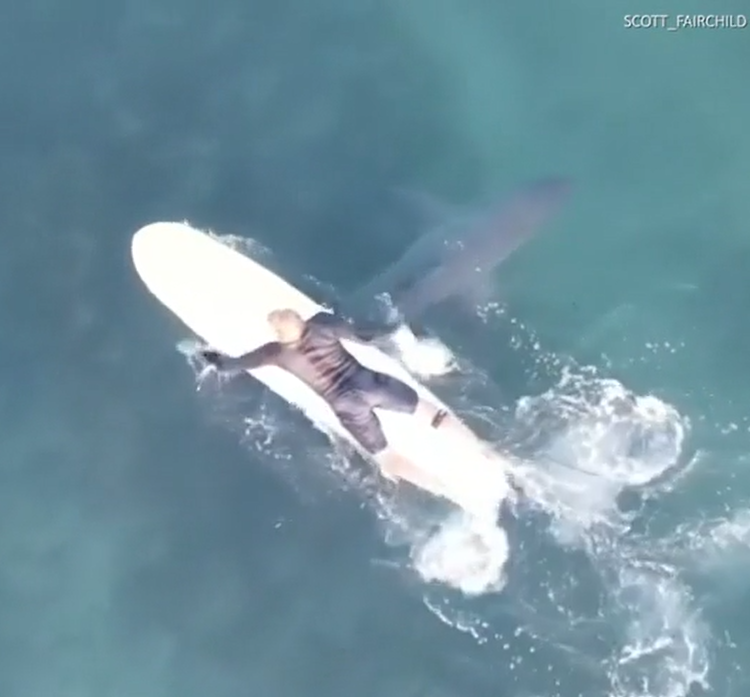 The incredible drone-camera video was filmed by Scott Fairchild who regularly posts images of wildlife on Instagram.

The shark, which is bigger than a surfboard, appears to prowl around the child and the adult.

He told Fox News: “I was following it and I hadn’t seen the kid yet. I saw the dad see it. Very calmly, he calls his kid over and says, ‘Hey look at this.’

“His dad starts to paddle closer and he points it out to him, and the kid has zero reaction. Like, ‘Oh cool.'”

Luckily the great white was not hungry for humans that day, because it left the pair alone.

Underlying the dangers posed by the sharks, the Sun Online reported yesterday footage showing a "great white shark" nearly knocking father and son out of their small boat while they were sightseeing.

It was filmed while dad Sean Vinar and his son James Vinar were watching sea lions off the north coast of Tasmania.

The pair had decided to visit a seal colony off Tenth Island which is 10km off the coast due to the calm water and good weather.

"We'd never been to the island before and we thought we'll go and have a look and film some seals, have a bit of a look then continue on and do some bottom fishing for flathead," Sean told ABC.

Sean, who has been fishing in the Tasmanian seas for 20 years, had driven their boat around the island before noticing that the seals were coming towards them.

And it is then that James took out his phone to film the herd of sea lions.

But suddenly, the pair were nearly thrown off their boat by a huge smash.

The pair immediately sped away but it is then that a huge shark tail came out of the water and smashed down.

According to Sean, it was a great white shark that had rammed into their small boat.

Last month, a surfer was fatally mauled by a shark off Emerald Beach in Coffs Harbour, Australia.

Four ambulance crews and a rescue helicopter rushed to the scene after the man appeared to have his arm torn off in the savage attack.

Another surfer has undergone eight surgeries and spent two months recovering in hospital after his arm was ripped to shreds by a great white.

Joe Hoffman, 25, had a near-fatal encounter with the deadly beast on July 5 off of the picturesque Killick Beach in New South Wales.