Footage shows a blue truck driver appearing to fail to spot the rider as he attempted to take a left turn at a junction. 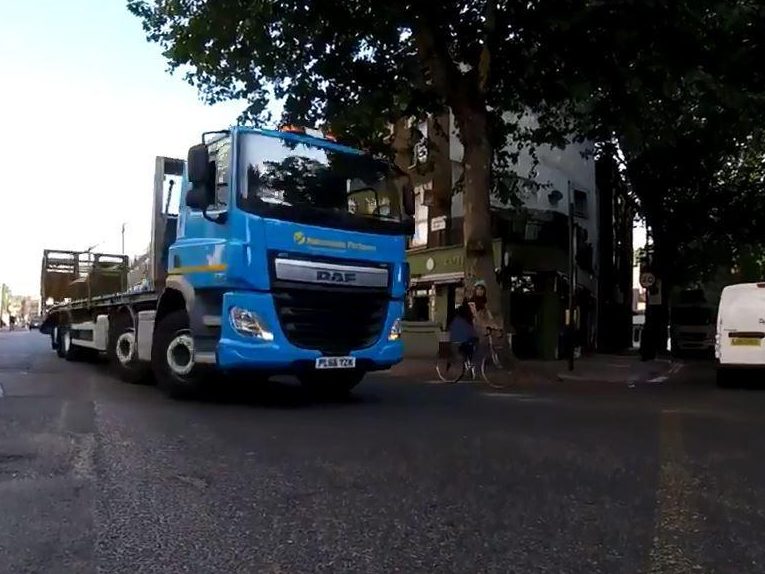 As he tries to whip round a fellow cyclist spots the potential danger and screams a warning.

Another cyclist, who filmed the incident on his helmet camera, shouted "Woah" repeatedly at the trucker who immediately stopped before appearing to thank him. 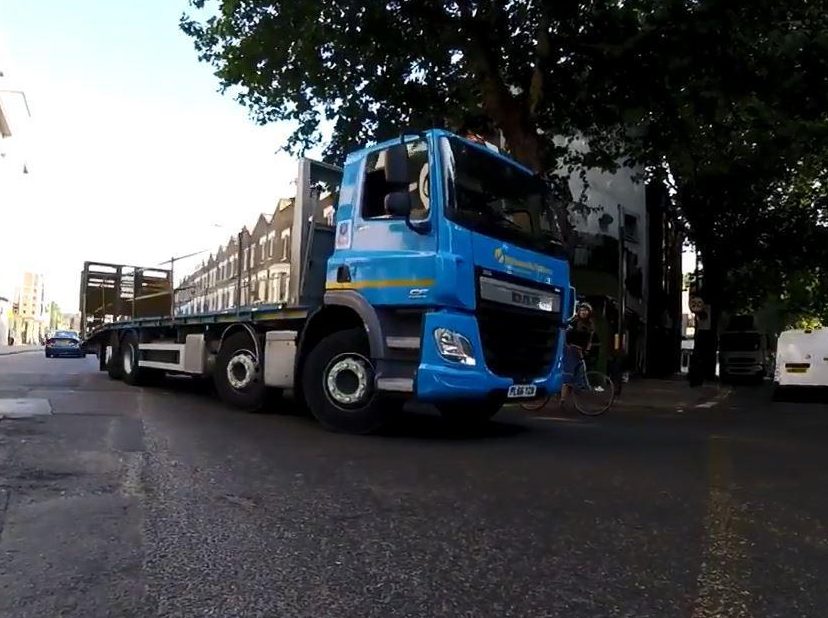 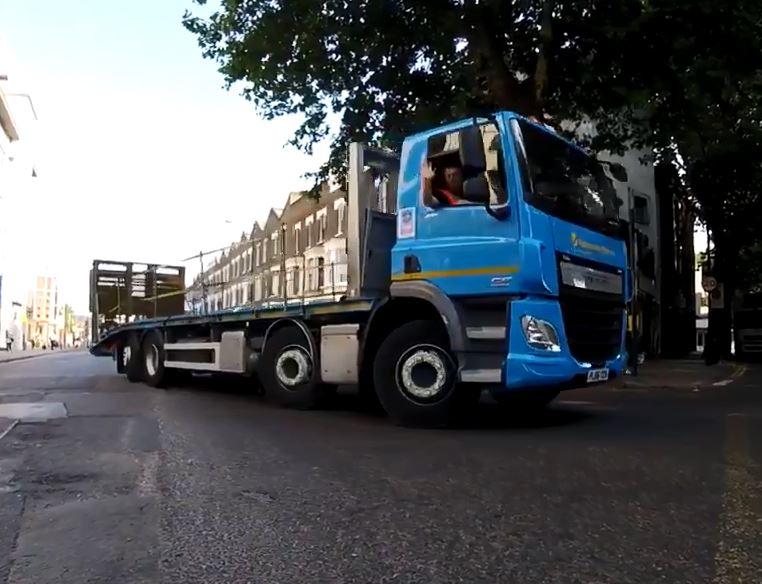 He said: "I'm just saying there's a cyclist on your left."

Afterwards the rider posted the footage on Twitter and wrote: "SUCH a close call this morning for this cyclist and lorry driver.

"He had NO idea she was there and she hadn’t seen him indicating.

The incident which took place in Exmouth Market in Clerkenwell, North London, has been reported to the company who are investigating.

Last month November a pensioner was filmed ploughing into two cyclists leaving one unconscious on the side of the road in Wincanton, Somerset.