THIS was the terrifying moment a passenger spotted a massive venomous spider crawling on his car sun visor.

Footage shows the man unfolding the visor to reveal the huge huntsman clinging to the mirror – just centimetres from his face. 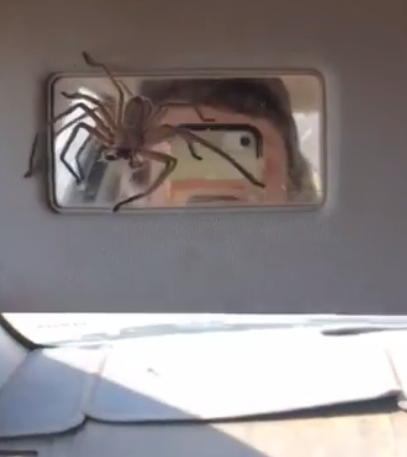 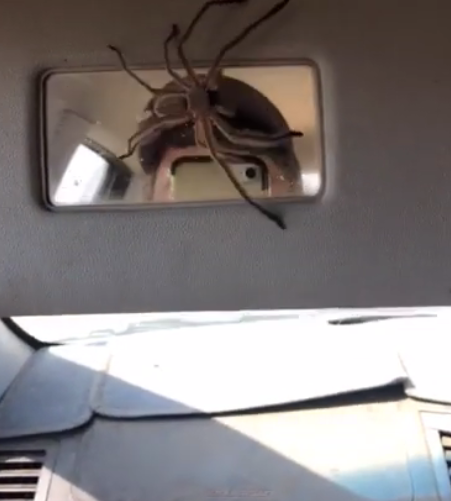 The brave cameraman said he was travelling with his dad when the horror event happened in New South Wales, Australia.

He said: "was traveling home with my father, I had tomato sauce on my face after eating a pie from the service station.

"I went to wipe my mouth and was already leaning forward to look at the mirror then the spider was there.

"It was so close to my face. I then filmed it before it ran away."

Huntsman spiders are known to inflict a defensive bite if provoked by humans or other animals.

Why didn’t accusers abandon Harvey Weinstein? Expert to weigh in at trial