A RAGING thug screamed “I am Jesus!” before killing a retired magistrate by ploughing into him at a bus stop.

Gavin Collins, 39, was released from jail days before he went on a 30-minute rampage stealing three cars and mounting the kerb where Terry Radford, 87, was waiting. 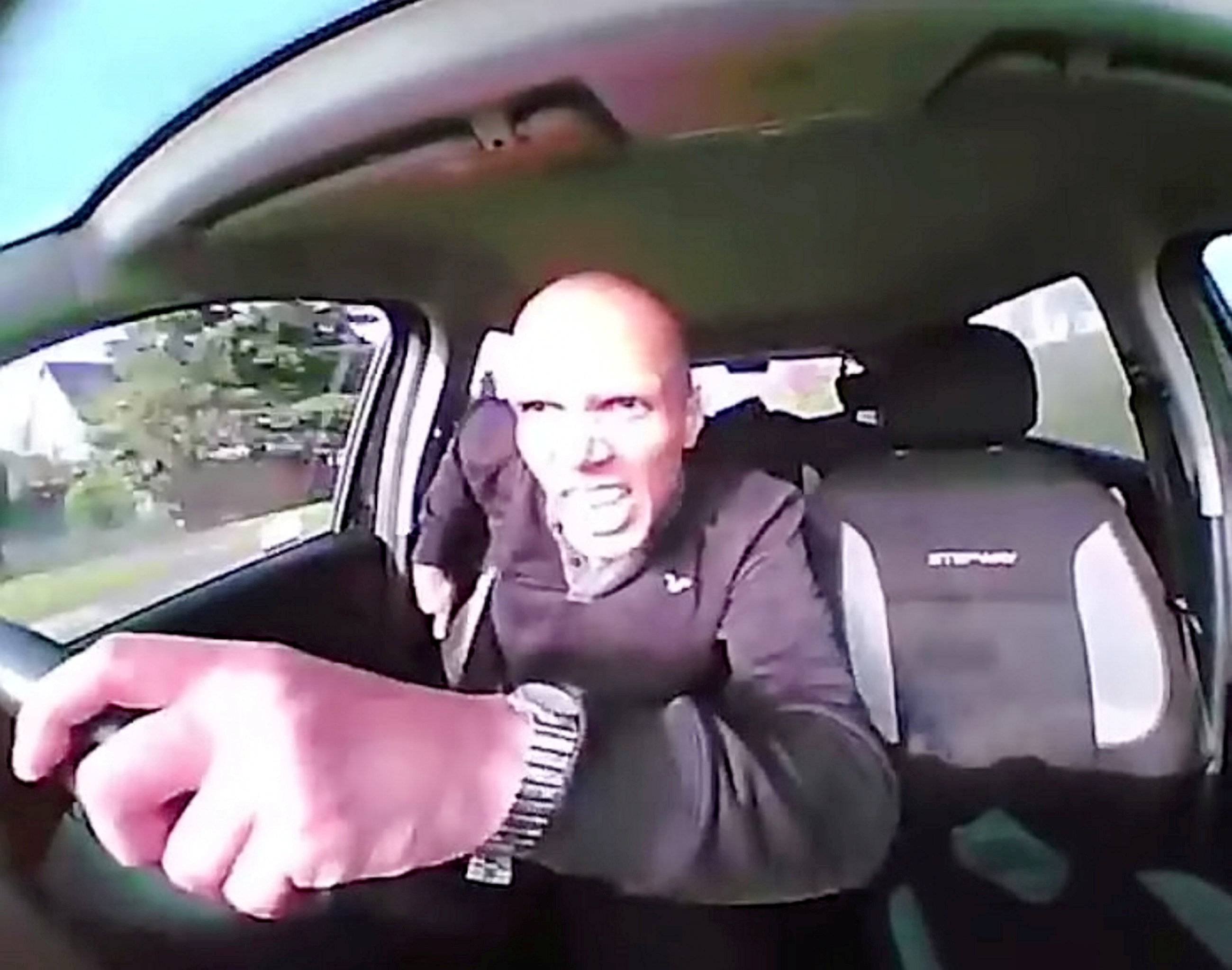 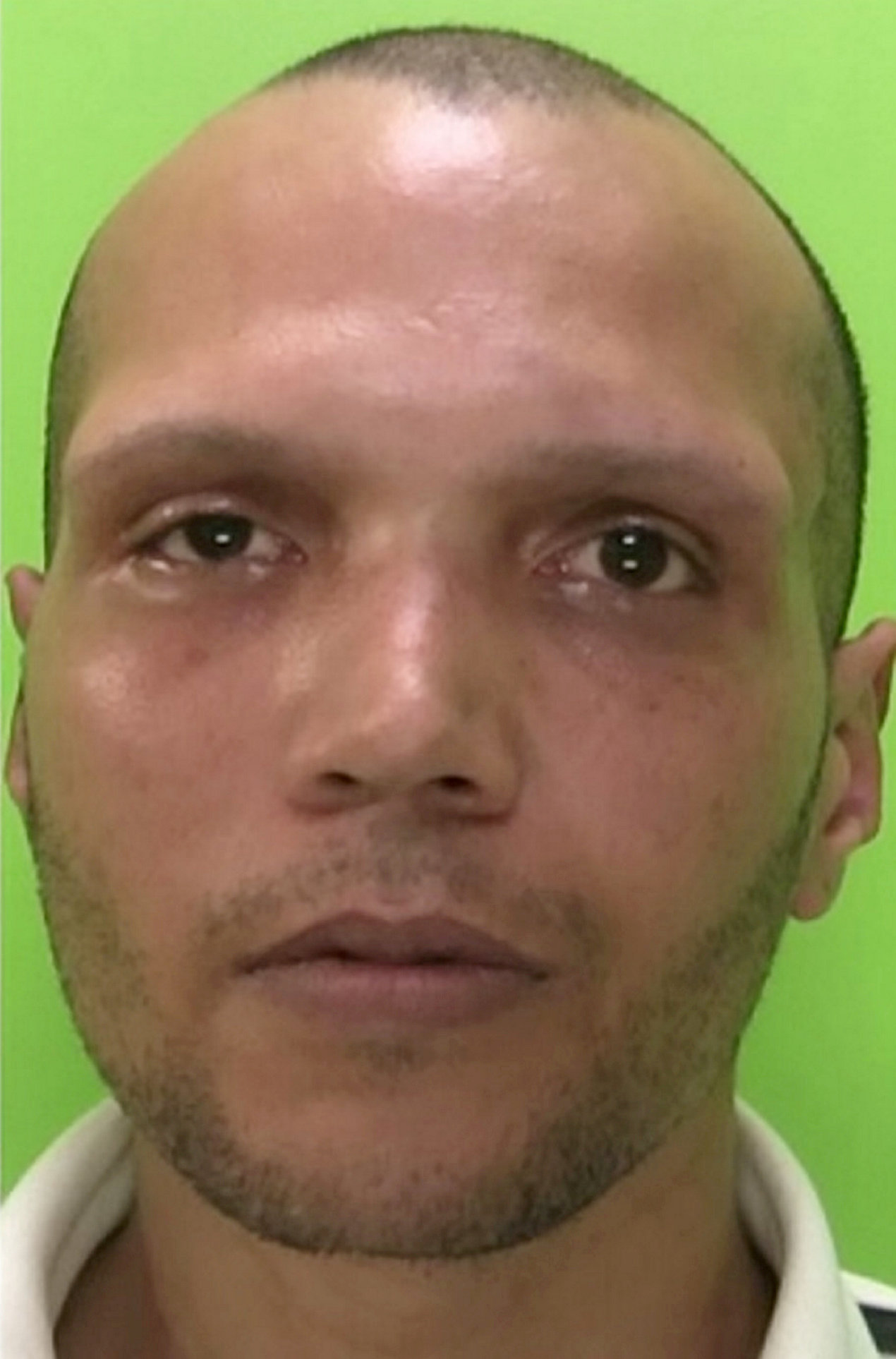 They also discovered he had made a member of the public rip off the electronic tag monitoring him on licence.

Killer driver Collins has now been jailed for life after he was convicted of causing the OAP’s death, in Tibshelf, Derbyshire on April 19 last year (2019).

Nottingham crown court heard Collins was cornered in a cul-de-sac after killing the pensioner then tried to ram his way out by smashing into police cars and a wall.

Cops tasered him after he smashed into a tree and became trapped in the car.

Dashcam footage shows Collins rip off the rear view mirror and take his hands off the wheel while careering past cars after stealing the motor by taking the keys from a house.

As he accelerates, narrowly missing oncoming traffic, he shouts: “Watch me go! I’m getting stronger and stronger by the second.”

Footage then shows Collins losing control of the car and crashing into a house on Mansfield Road in Skegby, Notts.

The homeowner was forced to leap out of the way of the car which ploughed into their property.

Collins managed to scramble out of the wrecked car and tried to steal the homeowner’s vehicle but he refused to hand over the keys.

He then carjacked a woman who was driving on the A38 by opening her car door and forcing her out onto the road. 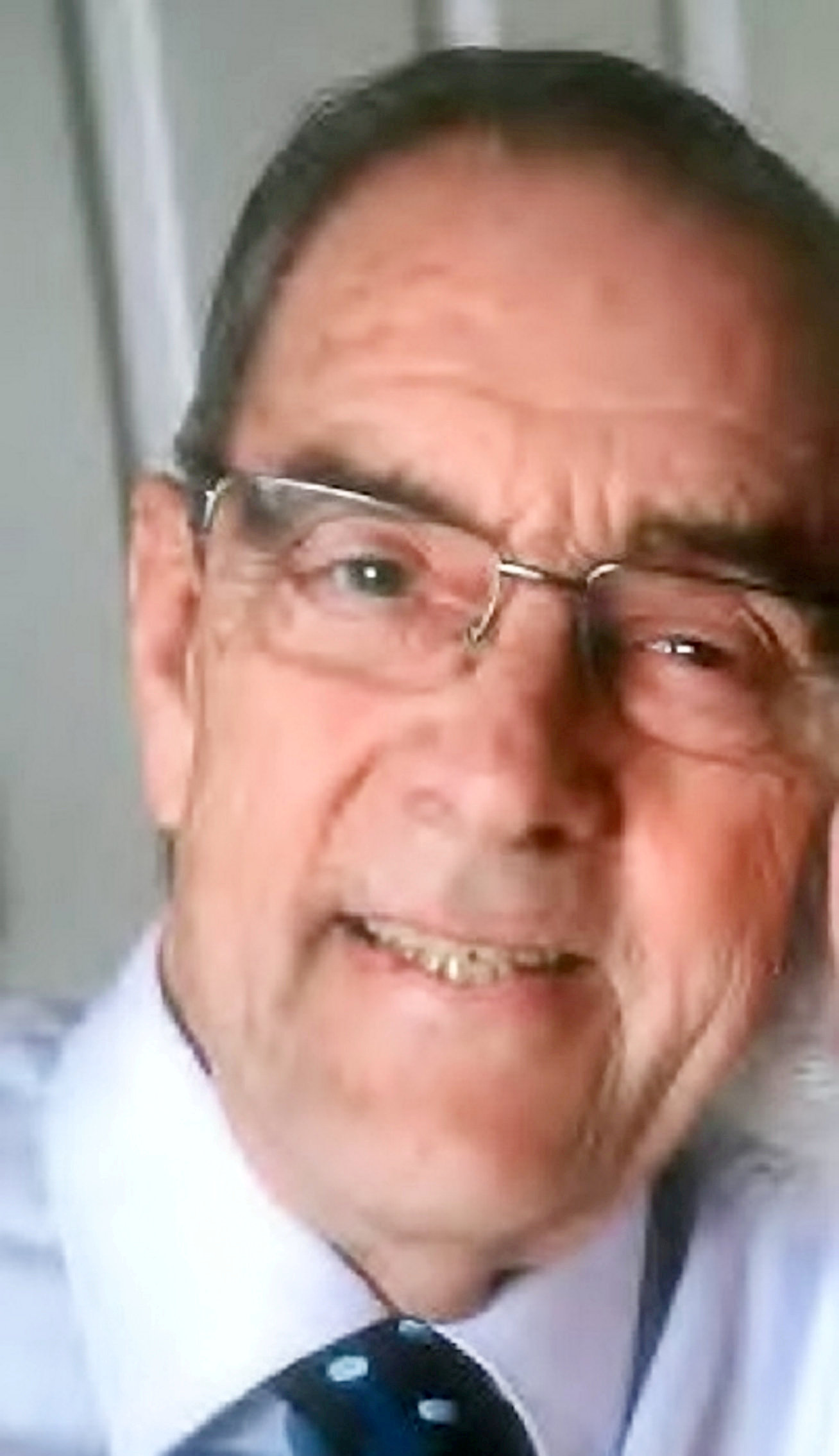 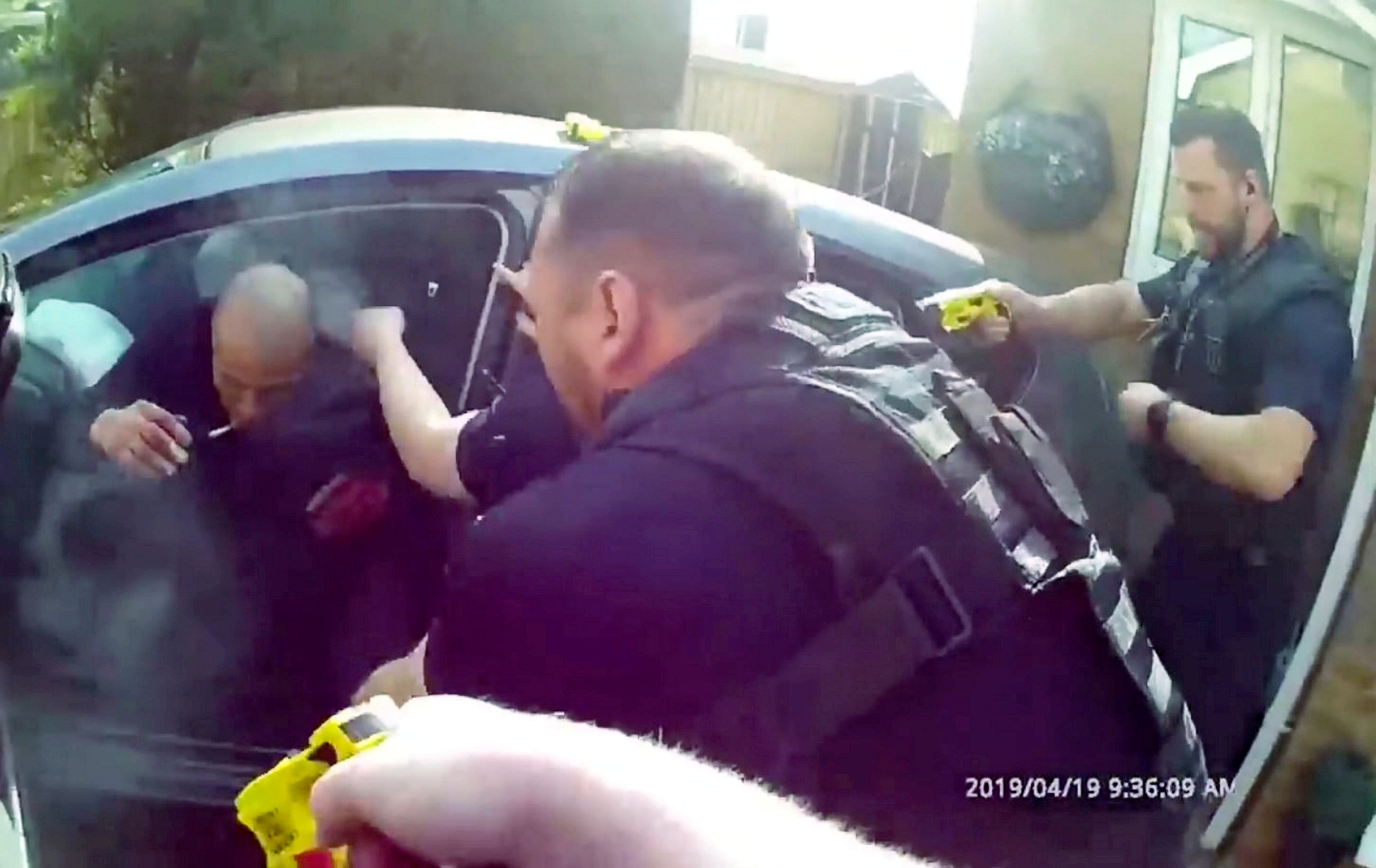 Minutes later Collins got out of the car, after colliding with some barriers, and approached a house on foot.

He banged on the window shouting to be let in before picking up a slab from the garden and throwing it at the patio doors which shattered.

Collins barged inside and threatened the homeowners before leaving with the keys to their car.

He then went to a neighbouring property where he demanded the resident remove an electronic tag from his ankle.

Collins drove off in their Seat Leon for about 20 yards before he reversed at speed, mounted the pavement and hit Mr Radford who was waiting at a bus stop.

Mr Radford’s grieving family said in a statement: “We’re absolutely devastated at the loss of the most wonderful dad and grandad who was loved and respected by everyone.

“He was the hub of our family. He was 87 but remained intelligent, articulate and funny.

“He was great company to be with and was as sharp as a pin.

“He was extremely fit and most people took him for a healthy 70-year-old.

“Having looked after mum who had extreme dementia, and who we lost last September, he was finally getting his life back.

“He had three holidays planned for 2019 including to the USA and a European river cruise.

“Now he won’t get to live out those dreams and his family and wide circle of friends won’t get to share more great times with him.”

Det Insp Becky Hodgman, of Nottinghamshire Police, said: “This is a tragic set of circumstances that has obviously had a devastating and profound impact on Mr Radford’s family and friends.”

Collins, of Tibshelf, was found guilty of manslaughter by diminished responsibility following a five-week trial.

He was also convicted of two counts of aggravated vehicle taking, two counts of burglary and one count of attempted robbery in connection with a series of incidents in Mansfield and Ashfield.

A judge, who had previously dismissed a charge of kidnap, jailed Collins for life on Wednesday (July 1). 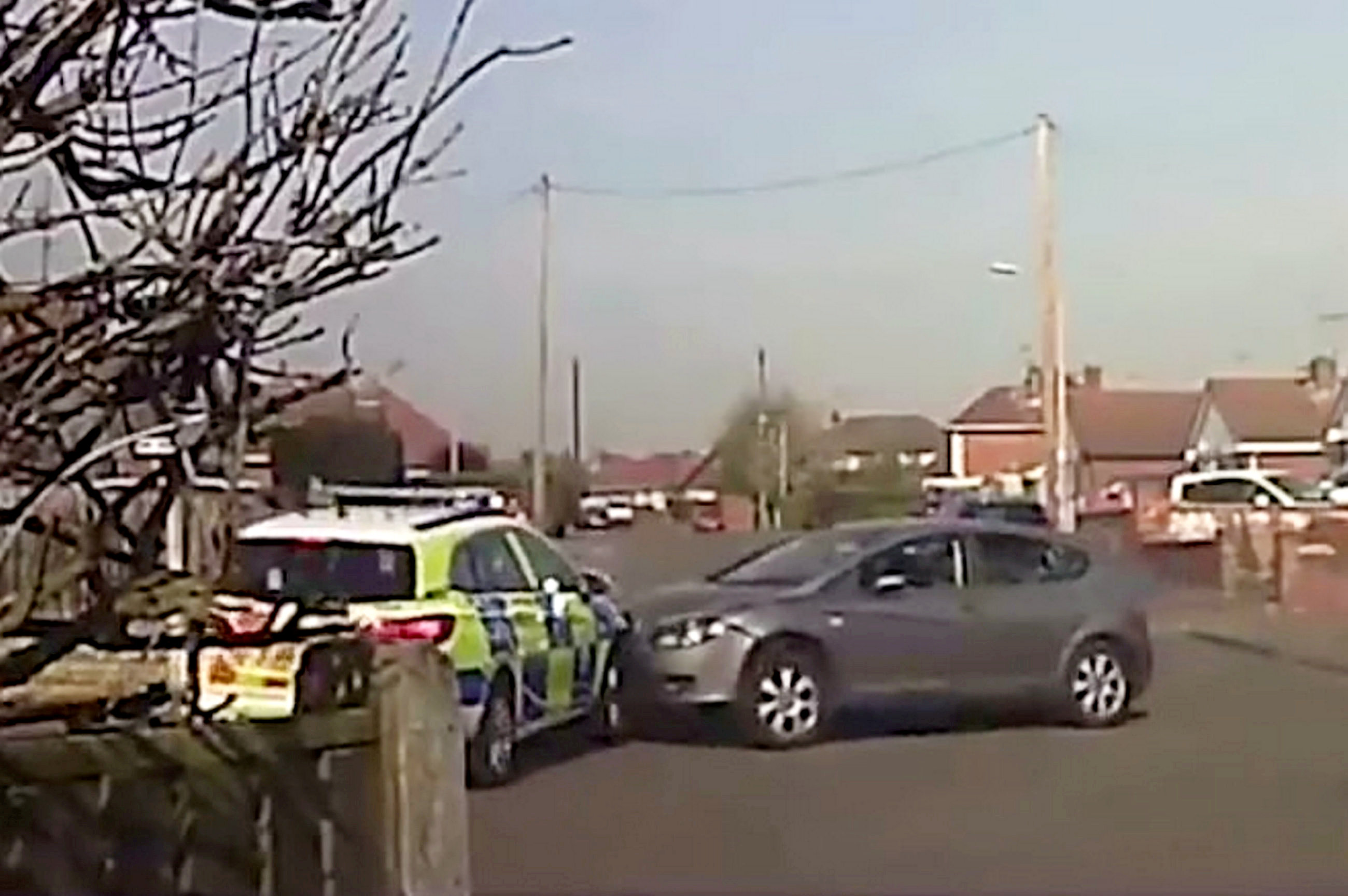 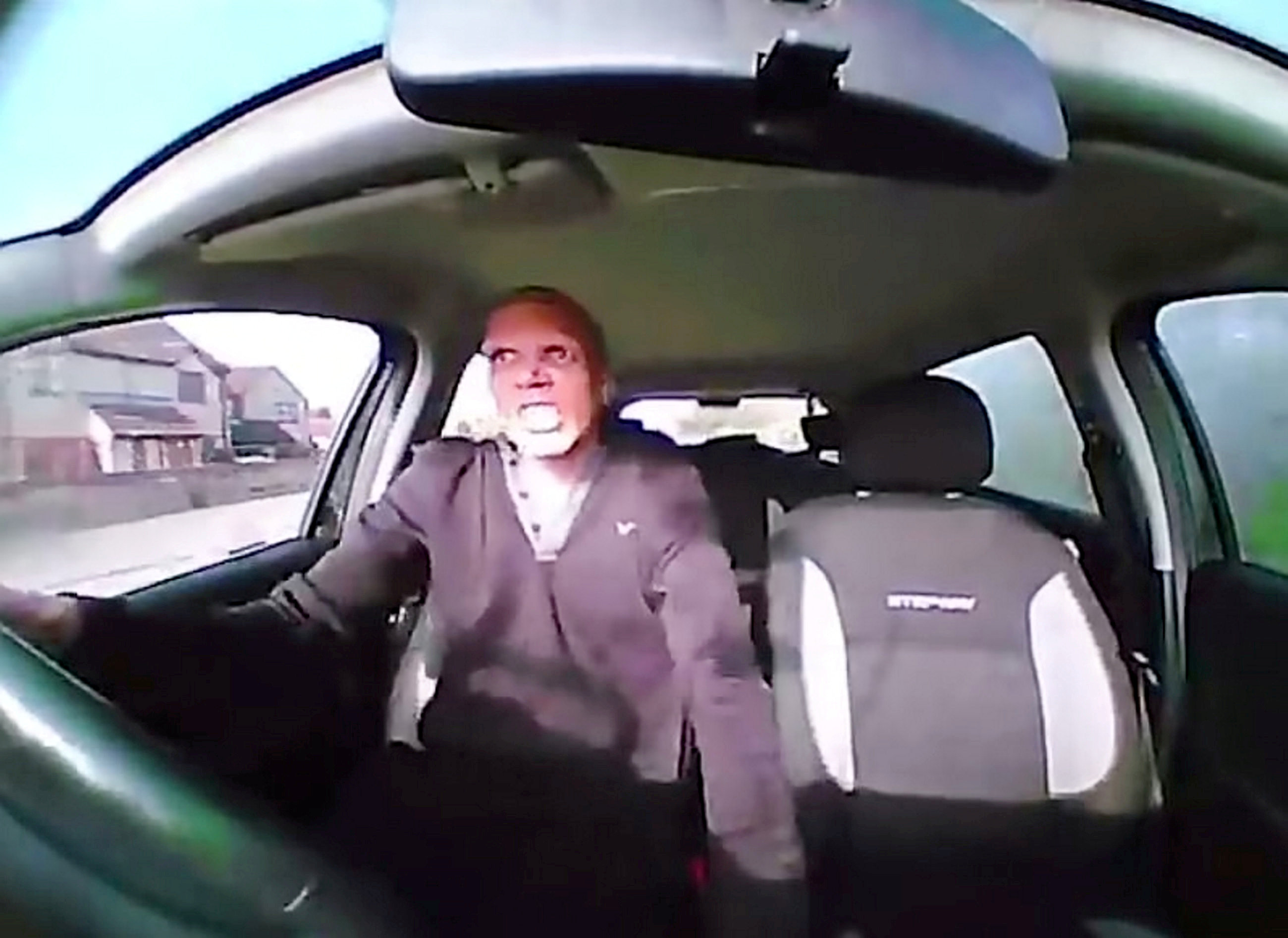