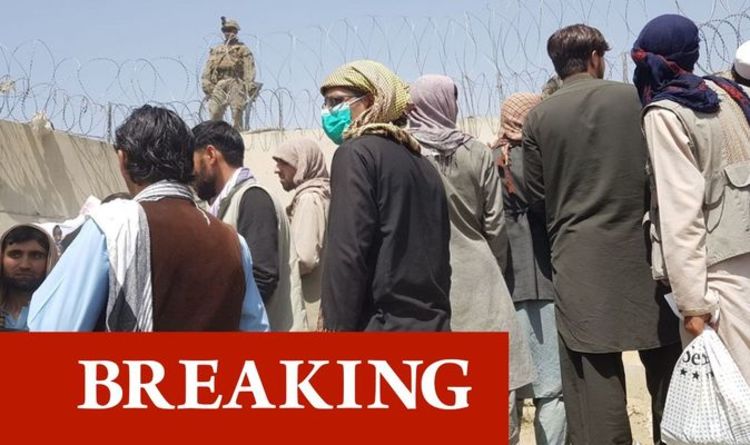 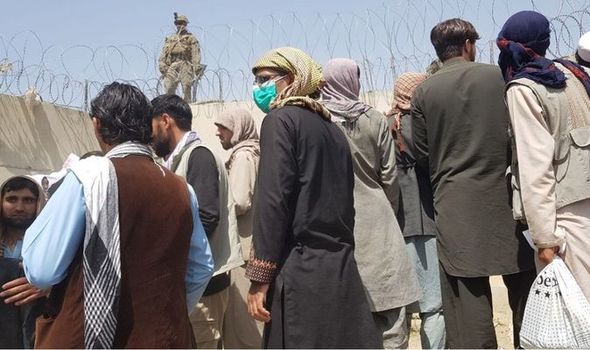 The UK insider said the group raising the most concern is ISIS-K, which US President Joe Biden referenced in his speech yesterday, Sky’s foreign affairs editor Deborah Haynes has said. Officials are becoming increasingly fearful terrorists could be preparing a suicide attack. Thousands of British and US troops are only currently protected by the Taliban. Ms Haynes said officials are “clearly concerned” about an attack.  She added terrorist groups believe such a move would promote the idea they are forcing Western forces out the country.

In a press conference following an emergency virtual meeting of G7 leaders , President Joe Biden warned of the risk to US and allied troops staying in Afghanistan beyond August 31.

He said: “There are real and significant challenges that we also have to take into consideration the longer we stay, starting with the acute and growing risk of attack by a terrorist group known as ISISK, an ISIS affiliate in Afghanistan, which is a sworn enemy of the Taliban as well.

“Every day we are on the ground is another day we know that ISISK is seeking to target the airport and attack both US and allied forces and innocent civilians.”

The US President also warned of the “tenuous” working relationship with the Taliban deteriorating if the US and allied troops remain in Afghanistan beyond the end of month deadline.

Mr Biden said: “Additionally, thus far, the Taliban have been taking steps to work with us so we can get our people out, but as a tenuous situation – we have already had some gunfighting break out – we run a serious risk of it breaking down as time goes on.”

During a meeting with G7 leaders on Tuesday, the White House had said President Joe Biden warned there was “added risk” to keeping US troops in Afghanistan beyond the August 31 deadline, citing a threat from an Islamic State affiliate.

Mr Biden’s press secretary said withdrawing from Afghanistan before the end of the month would see the war end “based on the achievement of US objectives”.

Jen Psaki told reporters in a statement: “During a meeting this morning with the G7 leaders, the president conveyed that our mission in Kabul will end based on the achievement of our objectives.

“He confirmed we are currently on pace to finish by August 31 and provided an update on progress in evacuating Americans who want to come home, third-country nationals, and Afghans who were our allies during the war.

“He also made clear that with each day of operations on the ground, we have added risk to our troops with increasing threats from ISIS-K, and that completion of the mission by August 31 depends on continued co-ordination with the Taliban, including continued access for evacuees to the airport.

“In addition, the president has asked the Pentagon and the State Department for contingency plans to adjust the timeline should that become necessary.”