Tesla autopilot SAVES driver from a crash: Dramatic dashcam footage shows Model X steering to avoid a collision after a truck veered into its lane

Leave it to the autopilot!

It all happened in the blink of an eye as a car and a truck were travelling at 70mph down the highway.

Just as a semi truck was overtaking a Tesla Roadster, the 18-wheeler seemed to suddenly veer to the right.

On a poorly lit, dark and wet road, a regular driver may not have reacted in time. 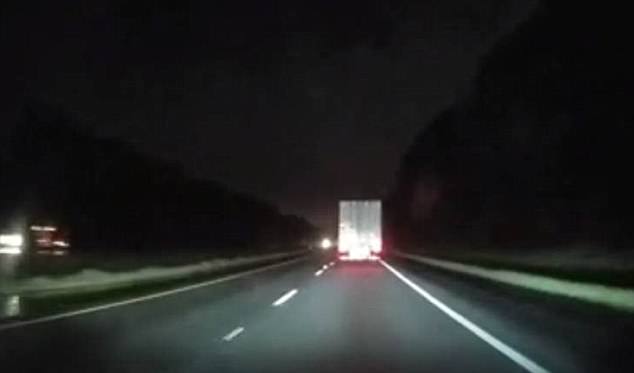 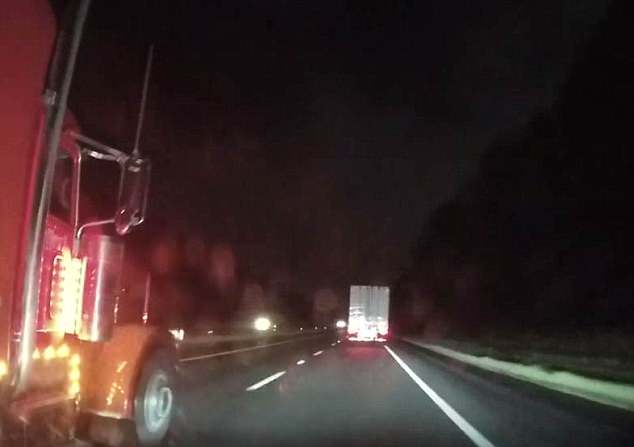 The Tesla’s Autopilot system appears to detect the intrusion, triggering a quick evasive swerve toward the other edge of its lane to dodge the truck

But on this occasion, the Tesla’s high-powered Autopilot computer intervened which saw the car also move to the right, out of the way of danger.

It all happened so quickly there was barely enough time to even slam the horn, but the Tesla computer’s intervention surely saved the car from being scraped by the truck – or something even worse.

Driver Jeremy Visnesky posted the video online and wrote: ‘I-95 south driving through North Carolina and a semi decided to nod off or play with his phone or something. Had auto pilot not have bolted to the side I’m pretty sure he would have hit me.’ 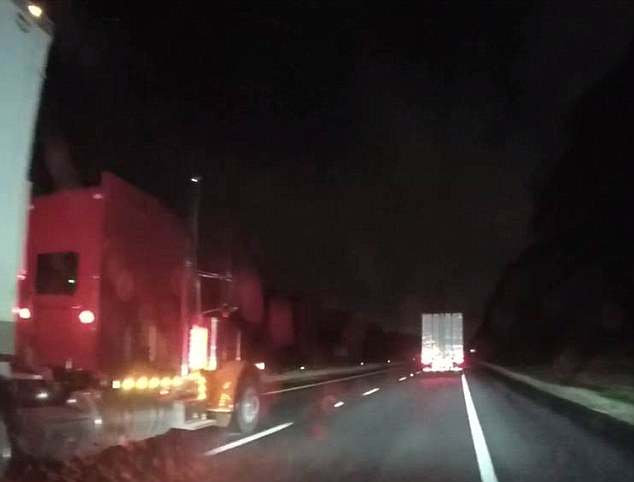 The Tesla Autopilot system powers a suite of active safety features, like Automatic Emergency Braking and Side Collision Avoidance, that are enabled even when Autopilot is not active 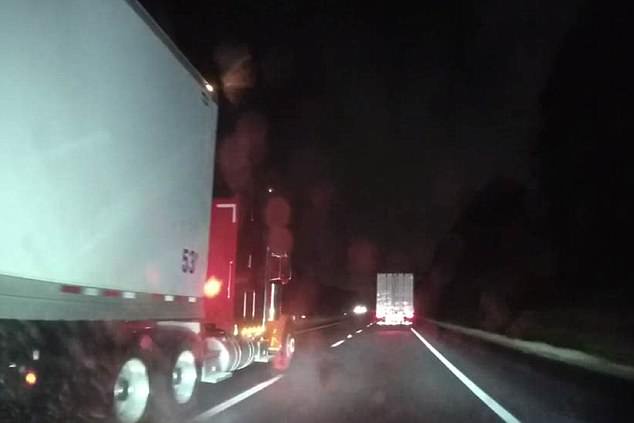 According to Jeremy, he was driving with Autopilot engaged on I-95 south through North Carolina when a semi-trailer came way too close for comfort while it was overtaking him

Last month there was a tragic accident involving the Autopilot which saw a fatality occur.

Yet Tesla says a previous NTSB report has determined cars are involved in 40 percent fewer accidents when Autopilot has been installed.

Investigators are nonetheless taking a close look at the system limitations that may have contributed to the latest fatality.

Along with side collision warnings, as in this case Tesla’s Autopilot has been known to safely move to the side in order to avoid an accident if it detects that it’s safe on the other side of the road. 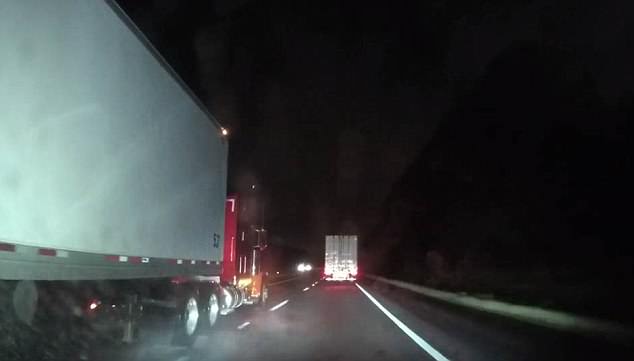