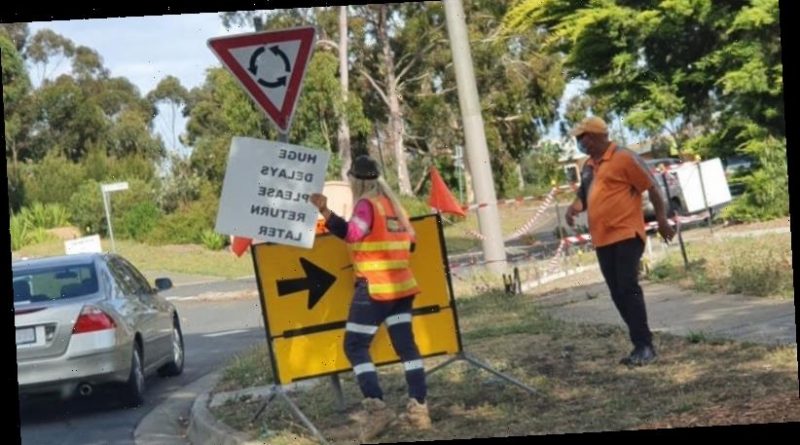 The Victorian government has apologised for delays at coronavirus testing stations after people reported queueing for hours or getting turned away soon after sites opened on Saturday.

As the state recorded 10 new locally acquired cases, Victoria’s testing commander Jeroen Weimar acknowledged many people had waited for hours at testing sites on Saturday morning but still urged anyone who had returned from NSW or who was showing symptoms to get tested.

"I apologise for the extended delays that we have in place," he said, adding more staff were being called in and pop-up sites established to lift capacity.

Victoria’s testing capacity increased 20 to 50 per cent on Friday, he said.

"We expect our northern and regional sites to be a little bit quieter today as we have seen a lot of the returning travellers now get back to their place of residence. I expect the metropolitan and suburban testing sites to be busier today than they were yesterday," he said.

"If you can't get through the queues, I will ask you to isolate. As many people did this morning, they got out there early and settled in for a couple of hours' wait before the test centre was open. I appreciate that is not what we want to do on a Saturday morning but as a community we really need to get this one to ground.

"We saw some of the highest numbers we have ever seen through some of our sites yesterday, which is a credit to the people turning up and doing the right thing and to the hard-working teams that were pushing people through."

People were turned away from the Northern Hospital just minutes after it opened at 8am. Heidelberg Repatriation Hospital was also at capacity at 9.30.

Lines for testing in Darebin had snaked back many blocks just before 10am, while signs at Greensborough warned there would be "huge delays" and to come back later.

Victorians took to social media to complain testing sites at Chadstone and in Albert Park were already at capacity early in the morning.

A new testing centre will be created in Lakes Entrance.