Tham Luang: Rescuing the 12 Thai boys and their coach trapped deep in a cave in Thailand's north will be like winning a war, according to outgoing Chiang Rai province Governor Narongsak Osottanakorn – but so far, only the first battle has been won.

“To win the war, we have three battles. Now, we won the first battle, that is the searching for the boys. The second is the most difficult one – to do the rescue,” he said.

“The third one, caring for them at the hospital, is the most easy one.” 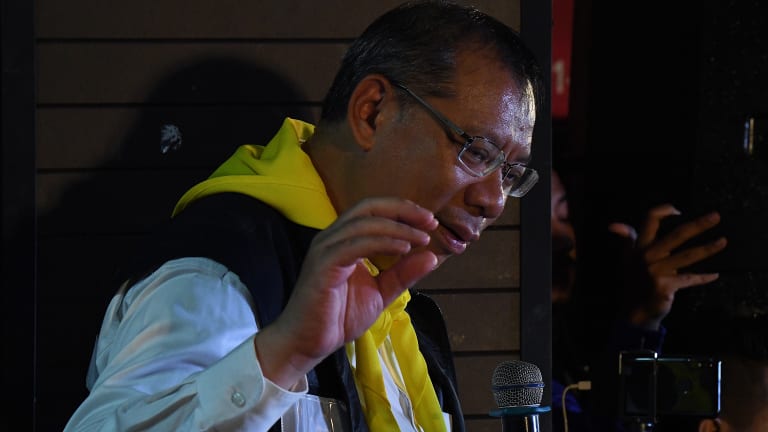 Conditions for a rescue would be best over the next three to four days before heavy rains arrive, Narongsak said.

“I can guarantee that three to four days from now is the most favourable time for the operation and rescue mission using one of the action plans. If we wait too long, we don't know how much rainwater will come.”

The Saturday afternoon briefing from the governor came after heartbreaking letters from the “Wild Boar” soccer team to their parents emerged. 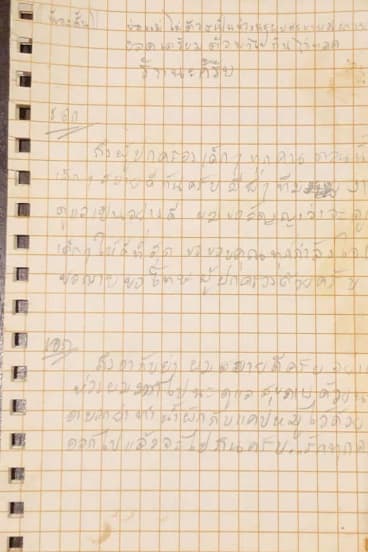 A second note with individual messages from the boys and the coach.

The boys expressed their love for their families, asked to come out as soon as possible and also made requests such as “don’t forget my birthday” and for fried chicken or BBQ pork.

Their 25-year-old coach, trapped in the cave with his charges, apologised to all of the parents of the 11 to 16-year-olds.

Narongsak – who will remain in charge of the rescue operation even as he steps down as governor – indicated a rescue operation on Saturday remained unlikely because the boys did not yet have the diving skills to undertake the mission.

If forecast heavy rains arrived sooner, for example on Sunday, diving teams would attempt to pull the boys out rapidly. 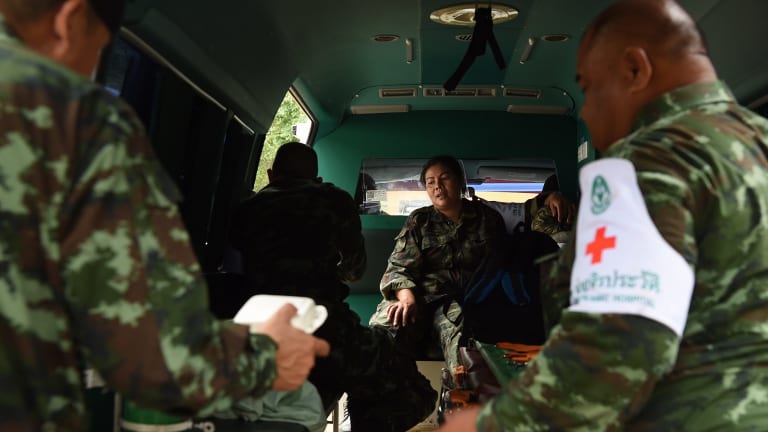 Thai army medics on standby for the rescue efforts.

The quality of the oxygen in the cave, the prospect of those monsoon rains and the fact that the boys were still not ready to swim were all still major concerns. There, authorities continued to rehearse and prepare for the rescue operation.

“Draining the water, it’s working quite well. Even yesterday with a lot of rain the water level was stable and we can control it right now,” he said.

“The oxygen level is still ok. It has decreased but it’s still in good condition.”

Authorities have pumped oxygen into the cave to try to fix the oxygen depletion. 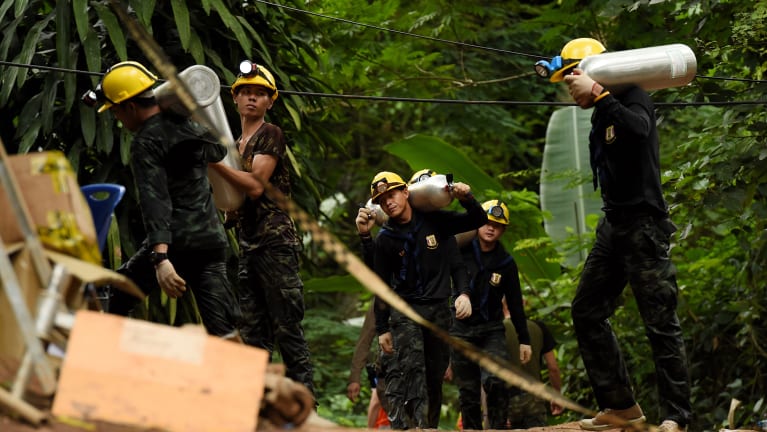 Thai army soldiers carry oxygen cylinders out of the cave on Saturday.

Further doubt was also cast over one of the alternatives touted for freeing the boys – draining the cave of water so they could simply walk out. Initial estimates suggested the boys might be trapped until October if they were forced to wait out the monsoon rains. 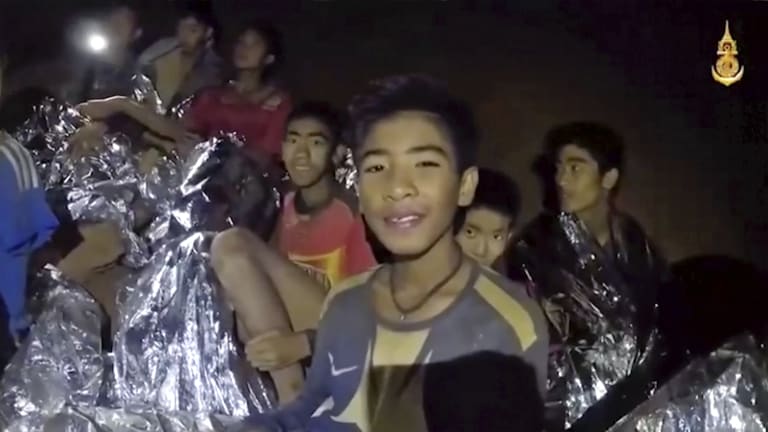 The 12 boys and their coach have been in the cave for 13 days.

But now, the governor said, authorities believed the boys would have to wait until January or February 2019 for the waters to fully reside.

The search for an air shaft that could be opened up and allow the boys to be extracted from the top of the mountain has seen 18 holes drilled, but no way out had been found so far. 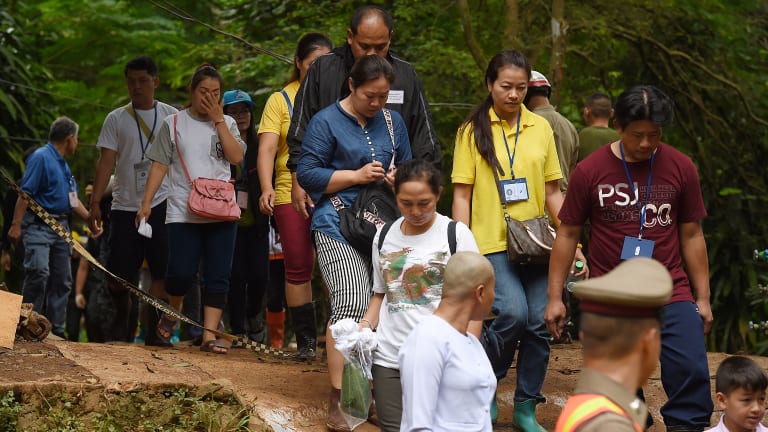 The families of the trapped boys and their coach return from praying at Tham Luang cave on Saturday.

Monks who had visited the family and prayed with them are keeping a vigil at a nearby cavern with a huge golden Buddha shrine.

One woman, Dao, a Buddhist nun who has spent time with the families said she had shaved her head as an offering to Buddha “for the boys”, so that they might be saved. 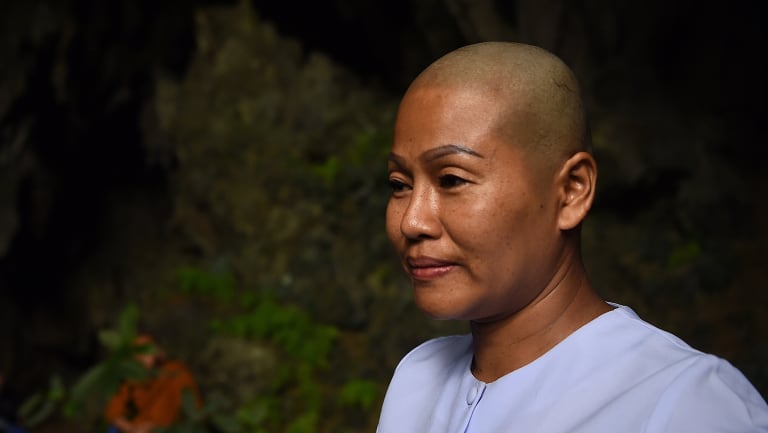 Buddhist nun Dao in the Tham Pra cave shrine where people are praying for the safe return of the trapped 13.