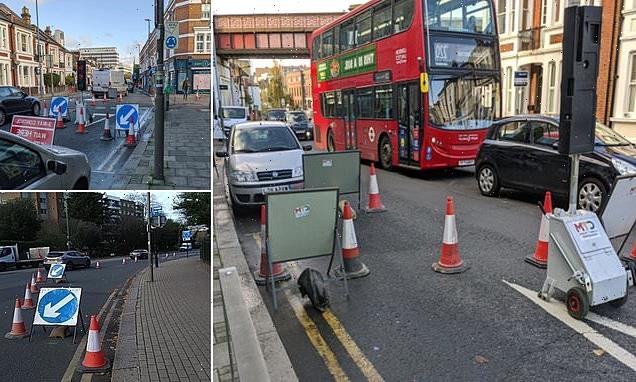 Thames Water is fined more than £8,000 for causing traffic chaos in west London by closing roads and setting up illegal roadworks

Thames Water has been fined thousands of pounds for causing traffic chaos in west London by setting up illegal roadworks.

The company coned off areas but didn’t actually carry out any work, leaving unmanned ‘phantom’ sites that disrupted traffic.

The utility company even placed a series of unnecessary temporary traffic lights and coned off parking spaces without any permission from the local council or giving advanced warning.

On three separate occasions in less than two weeks last year the firm caused huge traffic jams by closing sections of roads around Wandsworth in south west London without authorisation or any workers present.

The first was in Putney Bridge Road on November 10 when traffic signals, signs and barriers closed one lane and caused tailbacks to cars and buses in both directions. 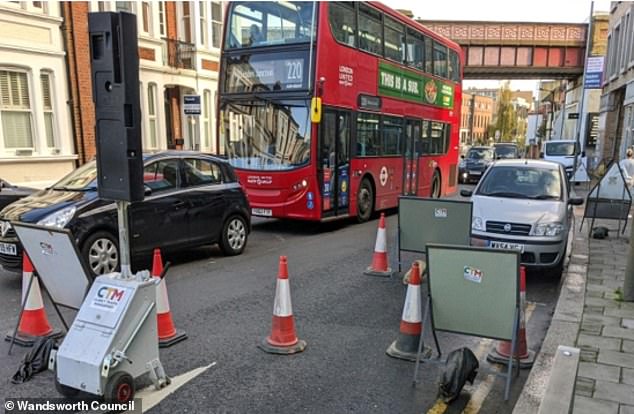 No Thames Water operatives or contractors were at the site and no actual work was being carried out.

The next disruption was on Putney Hill a week later when the company coned off a section of the northbound carriageway without approval or notification and without any of its workers at the scene.

And a week later on November 25, they did the same in Buckhold Road, using temporary traffic lights and cones to block off half the road causing travel disruption to local traffic and buses.

These restrictions were also put in place without getting the necessary permits or with any contractors working at the site. 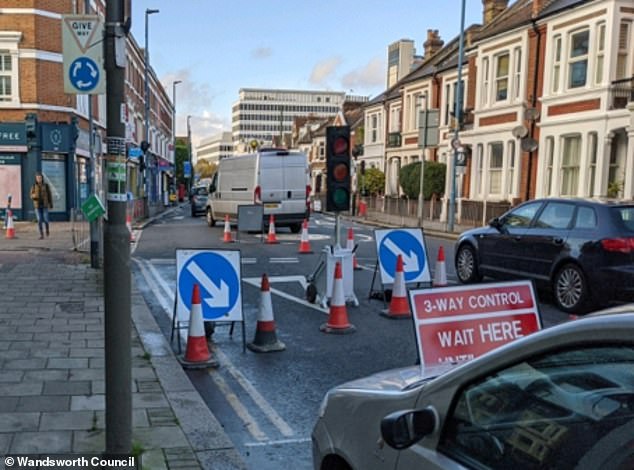 Wandsworth Council took Thames Water to court and the firm was ordered to pay more than £8,000 by magistrates.

In two separate court hearings the company was ordered to pay a total of £8,254 in fines and costs after it admitted three breaches of The Traffic Management Permit Scheme (England) Regulations 2007 by failing to obtain a valid permit to carry out works on the Public Highway.

Two cases were heard together in which Thames Water pleaded guilty and a fine of £1,600 and £952 costs was imposed for each offence together with a victim’s surcharge of £190 – giving a total of £5,294.

The victim surcharge was applied and was set at £150, making the total to pay for that offence £2,690. 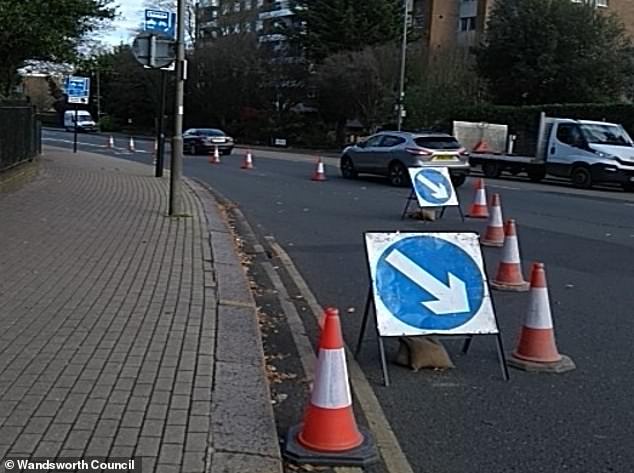 Wandsworth Council took Thames Water to court and the firm was ordered to pay a total of £8,254 in fines and costs after it admitted three breaches. Pictured: Putney Hill

Cllr John Locker, the authority’s transport spokesman, slammed Thames Water driving a ‘coach and horses’ through the rules over roadworks.

He said: ‘Thames Water displayed a wholly cavalier approach to the rules around roadworks and road closures.

‘There is a system in place to ensure that roadworks are properly co-ordinated so as to minimise inconvenience to the travelling public and to coin a phrase, Thames Water drove a coach and horses through these procedures.

‘To make matters worse the roadworks were set up long before any actual works were to be carried out, so the public were inconvenienced for longer than was necessary, which frankly adds insult to injury.

‘We hope the legal action we have taken here acts as a timely reminder to them of the importance of sticking to these procedures and keeping disruption to road users to the absolute minimum.’

The utility company was found to have ignored warning alarms when pumps at a treatment works broke down during Storm Imogen in 2016.