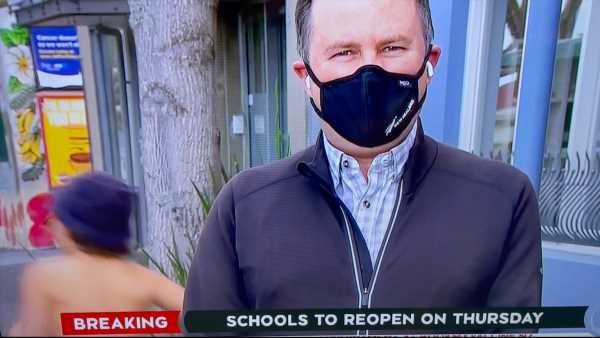 Covid modeller Shaun Hendy was being interviewed live on TVNZ when shrieks could be heard from people in the street and the camera was knocked over.

A topless child could be seen in shot running behind Hendy just before the camera toppled over.

TVNZ presenter Wendy Petrie gasped and said:”Oh I’m very sorryare you okay? … Okay that wasn’t good. I hope that the cameraman is okay.”

Petrie told viewers that Hendy and the camera operator were not hurt.

“We don’t like to see these sorts of things, it’s not what any of us need at this time,” Petrie said.

Hendy later told The Spinoff a young man, swearing, “came around from behind me and barrelled into the camera and another woman”.

“He had no reason to think there was any targeted motivation on the part of the attacker,” The Spinoff reported.

One Twitter user said they saw police at the scene.

The Herald is contacting TVNZ and the police for more information.