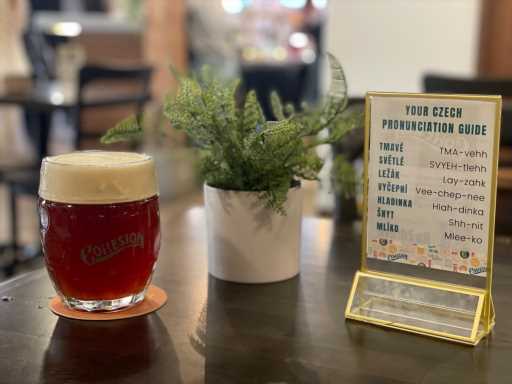 Colorado is blessed not just by an immense variety of breweries that specialize in specific styles but also by breweries that are able to produce multiple styles on an award-winning level. Every year, we try as many as we can — but not nearly as many as we would like to. The following are some of our favorite new beers from 2022, ranging across multiple styles and cities. Cheers!

This was an unusual one-off that didn’t fit into any kind of style box. Pole Shift was dark in color, but gushing with the classic juicy-sweet flavors of a dry-hopped hazy IPA rather than the roasted bitterness of a typical Black IPA. The best way to describe it: a chocolaty lager that straddled the line between a sweet stout and a New England-style IPA. Brewed with Chinook, Mosaic and Simcoe hops, it’s the perfect example of why it’s fun to try new things.

Cold IPAs muscled their way into the beer scene in 2022 as just about every brewery that already brewed an IPA (and even some that didn’t) put one into production. The style combines some of the boldness of American IPAs with the lighter, crisper feel of a lager. Among the standouts was The Kööler, which was brewed with Southern Cross, Cascade and El Dorado hops, giving it a robust flavor with fleeting bitterness and notes of a lemon bar.

One of WeldWerks Brewing’s specialties is a style known as pastry stouts, which incorporates milk sugar, flavorings and actual cookies, cakes, pastries or other sweets. For many, they can be cloying, over the top and about as far from traditional beer as you can get. In this case, however, the teamwork between the two breweries and local favorite Little Man Ice Cream resulted in an easily drinkable, even balanced version of a pastry stout. It truly tasted like marshmallow ice cream, and without any of the fake flavors that can plague this style.

At the very end of 2021 and again in 2022, Denver’s Czech-style lager specialist, Cohesion Brewing, tapped this special winter beer, which, at 6.5% ABV, was the highest-alcohol beer the brewery had made. It immediately drew attention for its rich malt color and flavor, its rich toasty bread aromas and notes of caramel and crust. Double-decocted in an Old-World style, you can get a full pour or try it with half beer and half milky white foam.

Westbound & Down could have filled up half of this list with some of its creations over the past year or so. In addition to a collab with Cannonball Creek (see below), some of its other beers — including Western Justice and Double Juice Caboose — were absolute show-stoppers. But so was New Light, in a much more subtle way. Brewed with Waimea, HBC-586, Simcoe, Mosaic and Cryo Columbus hops, it offers up all the top-selling tropical notes of rich New England-style IPAs, but with a restrained, light feel that insists you take another sip, and another.

Seductively smooth and dangerously drinkable for a 12.5% imperial stout aged for more than a year in robust former whiskey barrels from Denver’s Laws Whiskey House, this beer showed what can happen when flavor and time work together perfectly. The aging process toned down the signature roasty notes of Great Divide’s classic Yeti Imperial Stout while rounding them out with oak, caramel toffee and more than a hint of vanilla.

Peppermint and chocolate make a natural pairing, so perhaps it’s no surprise that Ska Brewing’s newest release, Peppermint Bark Stout, is a seasonal treat worthy of indulgence. The beer, a 7% ABV milk stout brewed with peppermint bark from Durango’s Animas Chocolate Company, boasts subtle notes of peppermint in the aroma and flavor that blend exquisitely with the roasted chocolate character in the malts. Creamy and delectable, prepare to be surprised and delighted, even if this doesn’t sound like your preferred style. — Tiney Ricciardi

Shortly after its fifth anniversary, Frisco’s Outer Range Brewing produced a number of celebratory beers, including this collaboration with three out-of-state breweries. And, as with almost every hazy IPA concocted by Outer Range, it satisfied hop-happy cravings. Brewed with Strata, Mosaic, Citra and Motueka⁣ hops, Animal Tracks smelled and tasted like juice, giving off mouth-watering flavors and aromas of sweet orange gummy slices and strawberries.

Another collaborative effort, Bourbon Barrel Aged Zero Over Zero, began its journey in 2021 when these two breweries got together to make an imperial stout aged on oak staves. But the breweries then put some away in a Blanton’s Bourbon barrel and aged it, ramping the alcohol up to 15.4% ABV. A perfectly balanced slow sipper, Zero Over Zero had every layered and loaded flavor and aroma you’d expect in a barrel-aged stout without the eye-crinkling sweetness or hot booziness that can sometimes overwhelm this style.

Named for the iconic sign that welcomes people to Golden, Howdy Folks! is a collaboration between two of Colorado’s best breweries, both of which love to make West Coast-style IPAs. This beer, which was available on draft and in cans, played to all those strengths. At 8.2% ABV, it was brewed with Eldorado, Idaho 7 and Mosaic hops and then dry-hopped with Nelson, Strata, Galaxy and Mosaic. The breweries described it as “extremely light bodied for a double IPA while boasting flavors and aromas of ripe pineapple, guava, mango and bright citrus.”