Home » World News » The 1975's Matty Healy Calls Out Security in Autotune After Fan Falls at Concert: 'Stop Standing There' 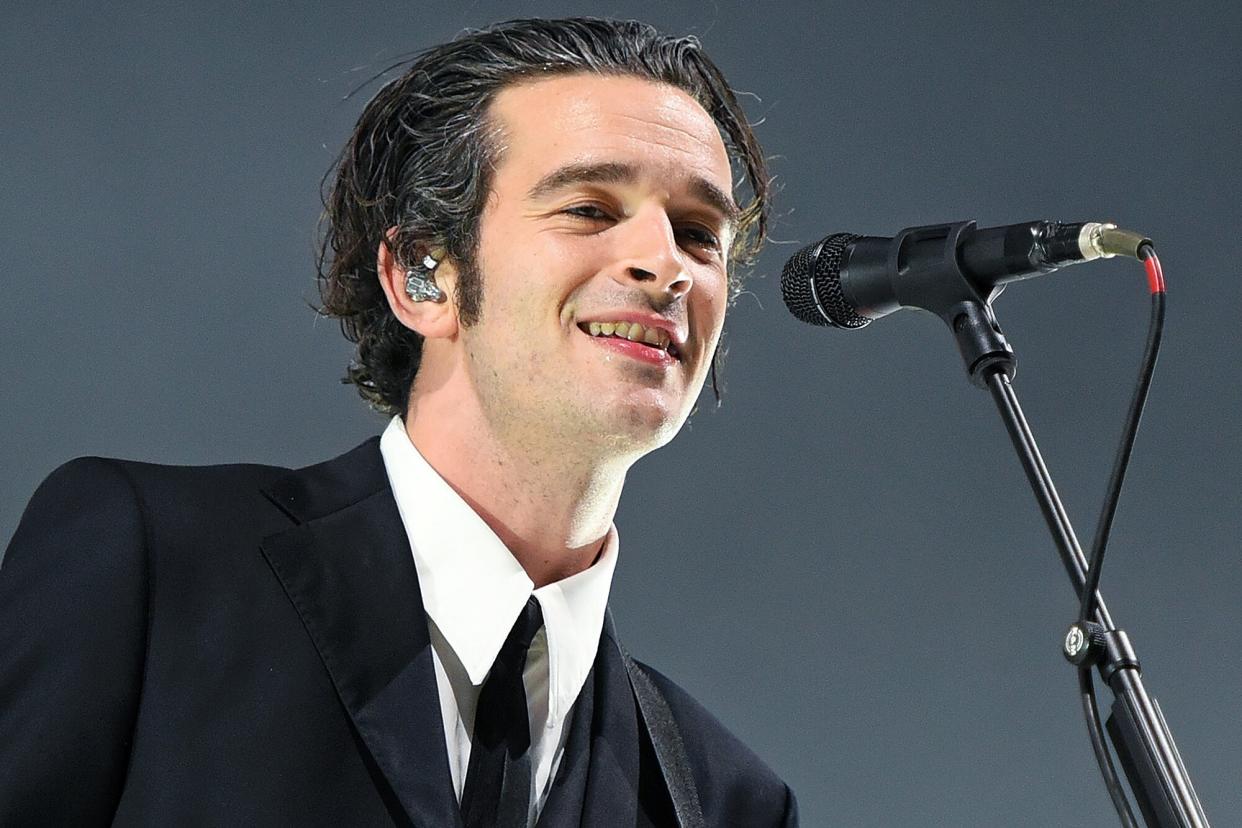 The lead singer of The 1975 — who previously ate a raw steak on stage earlier this month, among other performance-art hijinks — has stirred up conversation again for calling out security for failure to help a fallen fan at a concert… and for doing so in autotune.

Healy’s latest viral moment happened at the band’s “At Their Very Best” tour stop in Phoenix last week, when the British group played through their 2018 track “I Like America & America Likes Me.”

The song, even live, takes an experimental approach in how much autotune it uses, and is performed while Healy, 33, stands on top of an on-stage roof. Getting a full view of the crowd, Healy apparently noticed a fan fall somewhere in the venue, and in autotune, critiqued the venue’s security for not helping them up quickly enough.

“Someone’s fallen down over there,” Healy said in the clip, sounding something like a robot. “Go and f—in’ sort ’em out. Stop standing there like a bunch of d—heads.”

RELATED: The 1975’s Matty Healy Explains Why Band Turned Down Lots of ‘Money’ to Open for Ed Sheeran’s Tour

Fans of the group have taken a liking to the song’s new impromptu lyrics, with the original uploader of the clip calling the artist a “beautiful lyrical genius.” The video has since earned nearly 170,000 likes on the platform.

But this isn’t Matty’s first time telling people off to the tune of the Brief Inquiry into Online Relationships track. During the same song just three years ago, at a performance in Sheffield, Healy spotted fans fighting in the crowd, and his vocally-enhanced reaction was just as impassioned.

“Oi, no f—ing fighting at my gig, f— off,” Healy yelled in autotune.

bestie please this isn’t you pic.twitter.com/MDOvvQu2eL

As for eating the stick of meat on stage, the earlier viral moment took place at the band’s Madison Square Garden show in New York City earlier in the month. The show, split into two parts, features an initial set poised as performance art and a run-through of their new album Being Funny in a Foreign Language, which is when Healy ate the raw meat in front of several thousand fans.

The singer has since partially explained his carnivorous decision in a recent interview, detailing how he asked an on-site cook to locate a piece of meat for him. “I was like, ‘Can you get me a piece of meat, like a really clean, big piece of meat?’ He was like, ‘Yeah I can do that.’ And I was like, ‘That’s not gonna get me sick or anything?” Healy said. “I mean, it wasn’t bad.”

The 1975, still continuing their half-performance art/half-bangers tour, recently turned down an opening slot for Ed Sheeran, Healy explained in a September interview with The New York Times.

“I don’t know how you can write this up without it being rude or inappropriate, but I just got offered a four-month tour next year of stadiums with the biggest singer-songwriter in the world that would’ve made me money that I’ve never even seen or heard of in my life,” he said at the time.

But ultimately, the group made the decision to turn down the gig, and go on their own solo tour. “The thing that’s stopped me just doing that is because — I don’t care. It’s not worth it. Not because I don’t like Ed Sheeran,” he said. “I think he’s, in a lot of ways, a genius. And he does what he does better than anybody else. But opening up for somebody and not just being real, that’s the kind of stuff I think about.”