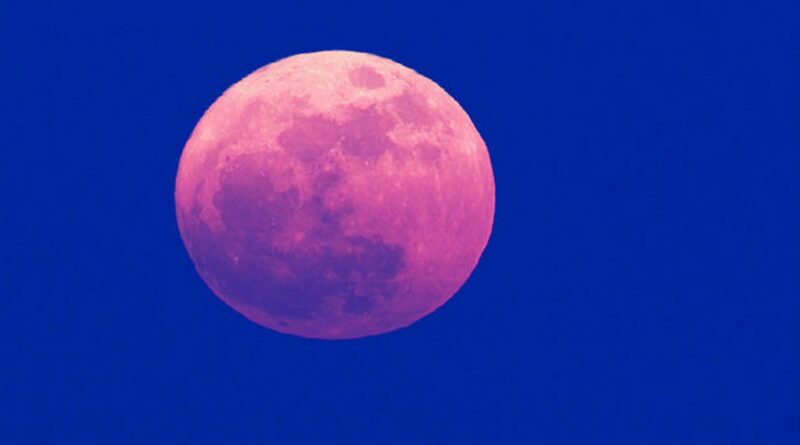 Stargazers are in luck this weekend as they'll be able to see a rare phenomenon known as the Pink Super Moon in the middle of the day.

According to NASA, a supermoon is a full moon that reaches its perigee – the closest that the Moon comes to our planet in its elliptic orbit.

For those wishing to gaze upon the orb, the best time to do so will be 2:55pm today (April 16) with the effect lasting way after sunset at 8:27pm.

While this moon is known as the Pink Moon, unfortunately, it won’t actually appear pink in colour.

Instead, the name was chosen by early Native American tribes because it marked the appearance of pink flowers.

NASA explained: “There is a special lunar name for every full moon in a year. The April 28 full moon is known as the ‘Full Pink Moon’ because of the grass pink – or wild ground phlox – flower, which is one of the earliest widespread flowers to bloom in the spring.”

You may also hear this moon referred to as the Sprouting Grass Moon, the Egg Moon or the Fish Moon.

NASA added: “Full Moon names date back to Native Americans, of what is now the northern and eastern United States.

“Those tribes of a few hundred years ago kept track of the seasons by giving distinctive names to each recurring full moon. Their names were applied to the entire month in which each occurred.” And if you're into your horoscopes, you might like to know that the pink Moon is said to cause epiphanies and revelations about our independence.

The Express reports that the phenomenon will encourage fresh energy unlike any other.

All signs will be influenced by the alignment of the Aries Sun and the Libra Moon, bringing an overwhelming need to satisfy your own dreams and desires, while compromising to fulfil those of your loved ones too.