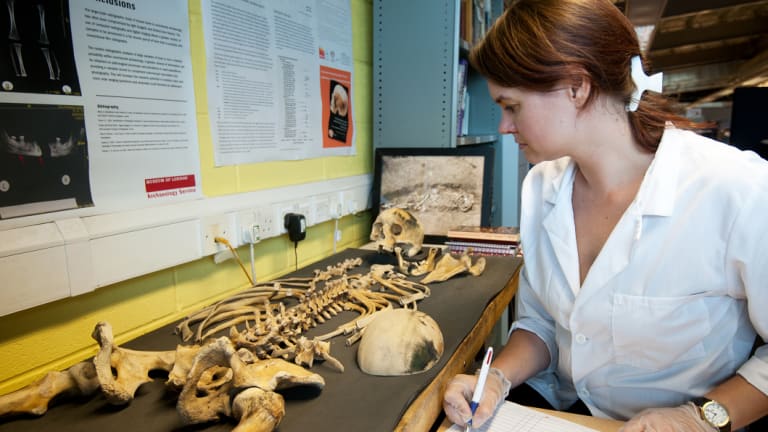 Archaeologists will have around a year before the train station work must begin.Credit:HS2 Ltd

London: It could go down as one of history’s big ironies. Matthew Flinders, famous explorer, who named and circumnavigated our country and showed extraordinary talent in the science of discovery, is missing and may never be found.

A team of archaeologists in London have begun a one-year mission: to sift through tens of thousands of human remains in the cemetery beside Euston station where Flinders was laid to rest 204 years ago, and somehow pick him out. If they cannot then he will probably be among those reburied in an anonymous grave on the outskirts of the city. 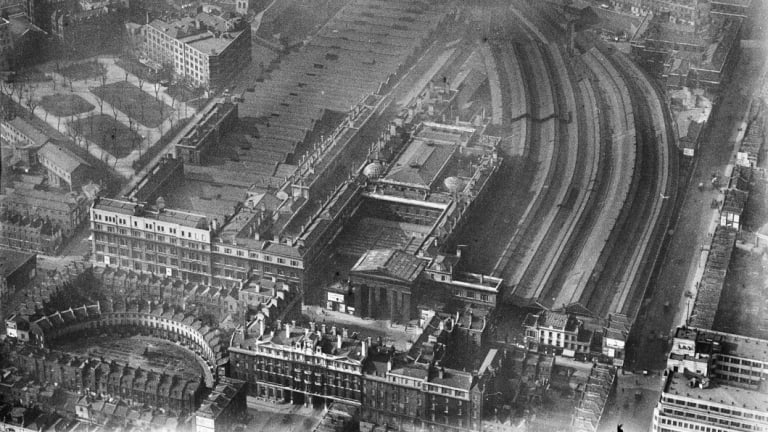 The Euston railway station from above in 1936.

The head of the team, Helen Wass, is putting a brave face on their chances. But it's going to be tough.

“We are not really very sure where he is buried,” Wass says. “There really are not many clues. When you’ve got a cemetery of this size you’re looking for the whole story. Though you are keen to find individuals of note, you don’t necessarily develop an entire strategy just to look for one individual.” 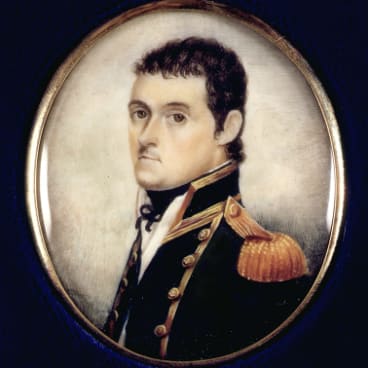 Wass is the head of heritage for the HS2 project, a high-speed train connection from London to the north of England that will cost £56 billion ($102 billion). At the peak of the preparatory phase next year around 1000 archaeologists and historians will be working along the route, trying to find as much as they can about old Roman villas, Stone Age hunting grounds and medieval villages, before the train line drives through them.

And 200 of those experts have just started work at Euston Station, the end of the line in north London, where an extension (including a redevelopment led by Australian group Lendlease) will obliterate an old park that used to be an even older cemetery.

Wass says the St James Burial Ground opened at the end of the 18th century when industrial England was booming.

It was designed for maybe 16,000 people but barely half a century later, when it was closed, 60,000 were buried there.

One of them was Flinders: just 40 years old. He had finally returned home after years in a French prison on Mauritius, and in failing health prepared his extraordinary A Voyage to Terra Australis, the story of his adventures, meticulous mapping and discoveries around our continent. It was published the day before he died in 1814. 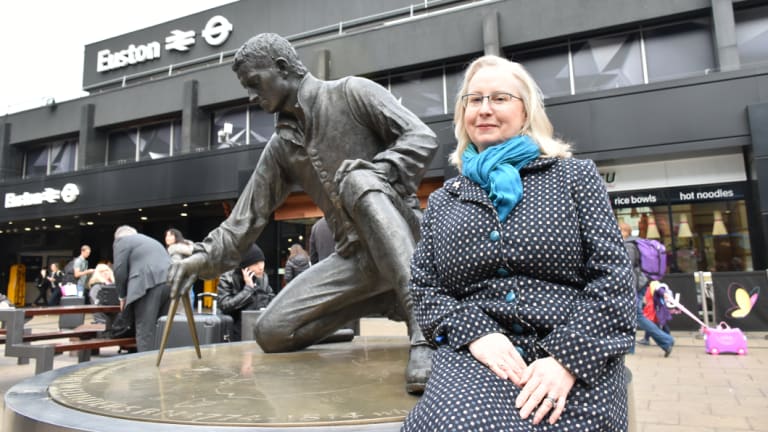 Helen Wass is the head of heritage for the HS2 project, a high-speed train service from London to the north of England.Credit:HS2 Ltd

The team are keen to find him, among a few others in the site (including James Christie, founder of the famous auction site, and a knuckle boxer known as Bill "the Terror" Richmond).

But they have very little to go on. “We have an early plan of the cemetery – not individual graves, but the formal layout,” Wass says. When the cemetery was turned into a park after its closure many gravestones were moved.

And they’re not aware of any physical features – broken bones or bone-scarring diseases – that would have left a mark to make Flinders easier to spot amid his tens of thousands of neighbours. 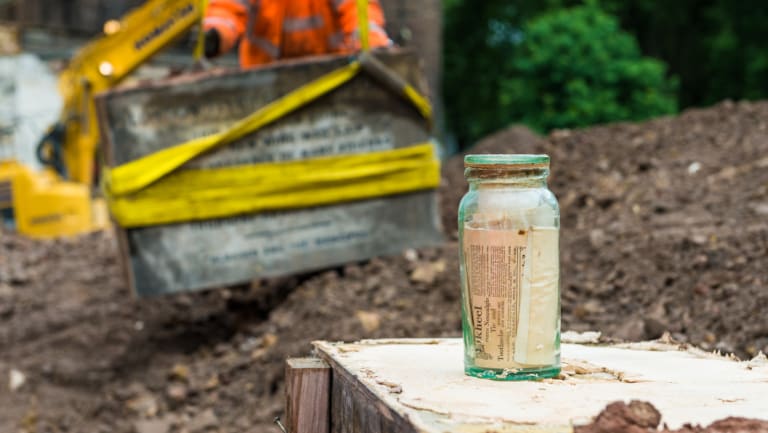 A time capsule found during digging as part of the project.Credit:HS2 Ltd

But that also means there’s less chance of a nameplate on the coffin – if there even was one. Some would have been buried in lead coffins, some in wooden ones and some just in a shroud.

Even if there was a Flinders nameplate, if it was made out of thin rolled tin (as many were) then they don’t survive well in the ground.

Exploratory trenches have found different levels of preservation across the site: in some places the wooden coffins survived well and in other places the London Clay has conspired to return them to earth.

There is another complication: a quarter of the cemetery was taken for the existing Euston station in the late 19th century – leading to a rumour that Flinders is buried under platform 15. 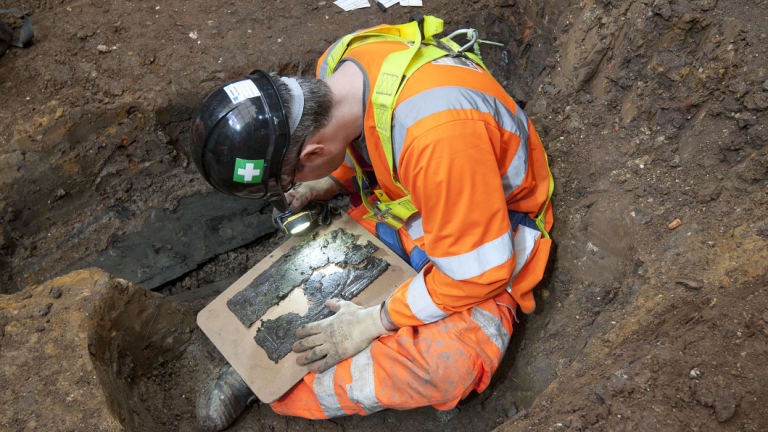 An archaeologist examines a coffin plate at a St James burial ground.Credit:HS2 Ltd

“If he’s buried under platform 15 then we’re not going to find him,” Wass says. He may also have been moved elsewhere in the cemetery, though early work suggests that is less likely.

“We don’t have a perfect record of what they did with those people. (Some) records seem to suggest they got reburied (elsewhere), but we’re not quite sure where.”

Burial grounds always bring you, literally, face to face with your ancestors.

Wass says her team will dig through the site by hand, analysing and researching thousands of skeletons to find their stories: in some cases giving them names, in others revealing their history, health and social background through clues such as their teeth and bones, to give new insight to the London of two centuries ago.

If Flinders is among the remains dug up, whether or not he is identified, he will be treated with “dignity, care and respect” and moved to another cemetery – yet to be chosen – where all the old St James inhabitants will find a new home. 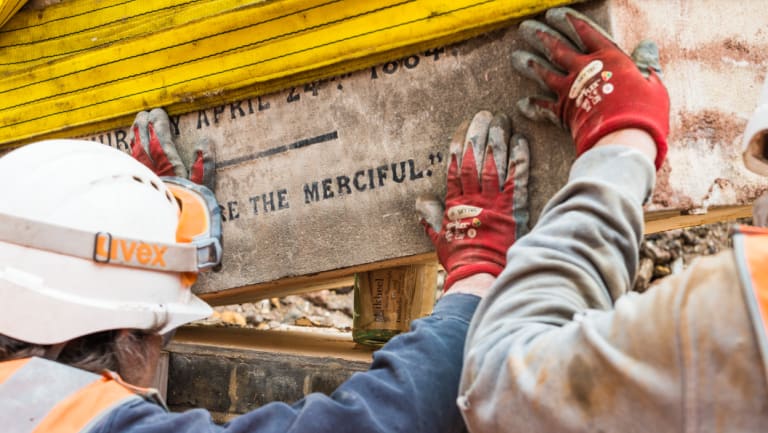 This is the country’s biggest ever archaeological investigation of an 18th and 19th century burial ground.Credit:HS2 Ltd

“The objective is to bury everybody all together,” Wass says. But the archaeologists are “very keen” to identify Flinders, she adds.

It’s partly in honour of his grandson. After Flinders died, the NSW government sent a pension that his daughter used to help give her son a good education. Sir William Matthew Flinders Petrie went on to be a leading Egyptologist, a professor now considered, Wass says, the father of British archaeology. 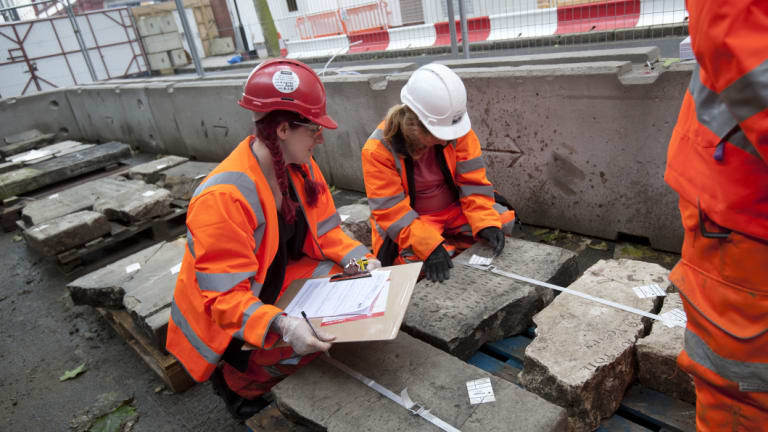 Around 1000 archaeologists and historians will be working along the route next year.Credit:HS2 Ltd

He took a job done by “gentleman treasure hunters” and turned it into a science. Some of the ideas he had to make archaeology a scientific discipline are still used in digs – such as the one that may find his grandfather’s remains.

Maybe. This is the country’s biggest ever archaeological investigation of an 18th and 19th century burial ground, and they have around a year to get it done before the train station work must begin.

“Burial grounds always bring you, literally, face to face with your ancestors,” Wass says. “It can be quite difficult work. But I kind of have the best job in archaeology right now.”