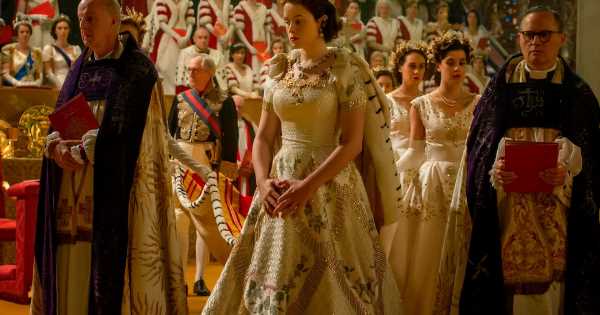 Award-winning Netflix series The Crown had been filming the sixth series of the popular drama about the British royal family before the Queen's sad passing.

The storyline for series five and six, which is still in production, is expected to cover the Queen’s reign at the turn of and during the 21st century.

But the production team have decided to put the brakes on filming following the monarch's death at Balmoral Castle on Thursday (September 8).

The penultimate and then final series had been due to wrap-up the show but there are calls from fans for scriptwriters to extend the narrative to cover Elizabeth II’s death and accession of her son, King Charles III, to the throne.

The demise of the UK’s longest ever reigning monarch has also cast doubt on the release schedule of the next series, with it yet to be seen whether Netflix bosses decide it is too early to release season five in just a few months time.

Why has The Crown paused filming?

The creator of The Crown has confirmed filming for the sixth series of the award-winning production has been suspended "out of respect" following the 96-year-old’s passing.

Peter Morgan told US publication Deadline he expected directors to shutdown the cameras for a period of time.

In an email, Mr Morgan — who also wrote the 2006 film The Queen, starring Helen Mirren — said: "The Crown is a love letter to her and I’ve nothing to add for now, just silence and respect. I expect we will stop filming out of respect too."

It follows comments made six years ago about what might happen if the monarch passed while the series was still being filmed.

Stephen Daldry — who directed early episodes of The Crown — told Deadline when the show first aired that production would pause as a mark of respect.

He said in 2016: "None of us know when that time will come but it would be right and proper to show respect to the Queen.

"It would be a simple tribute and a mark of respect. She’s a global figure and it’s what we should do."

When is the next series of The Crown due to air?

The fifth series of The Crown had been scheduled for broadcast on the streaming site Netflix in November this year.

But following the death of the Queen, it is not yet known if the proposed premiere will still go ahead in the autumn.

Series five, which is due to detail up to Princess Diana's death, has been predicted by royal commentators to be "very painful" for the new king and Queen Consort Camilla.

Speaking before the Queen's death, Angela Levin, who is writing a biography on Camilla, said: “If they do what we all think they'll do, [The Crown will] blame Camilla again or blame the Queen or blame Charles again.”

Storylines that have not yet been covered in the series include the Queen’s 1992 “annus horribilis”, which included the divorce of her daughter Princess Anne from Captain Mark Phillips and intimate photographs being published of her former daughter-in-law, the Duchess of York, with a Texan businessman.

The decision to pause filming on series six could also see the proposed final series delayed, although it is not known how long the pause button on filming will be pressed.

Netflix has reportedly had plans in place for some time regarding how the award-winning show will proceed following the Queen's death.

Some fans have taken to social media to call for The Crown to cover the monarch’s death so that the show covers her entire reign.

Who has played the Queen in The Crown?

British actress Claire Foy was the first to portray the late monarch in the first two series of The Crown.

She went on to win the Primetime Emmy Award for Outstanding Lead Actress in a Drama Series in 2018.

The 38-year-old was succeeded by Olivia Colman, 48, in series three and four, who won the Golden Globe Award and the same Emmy for her work on the show.