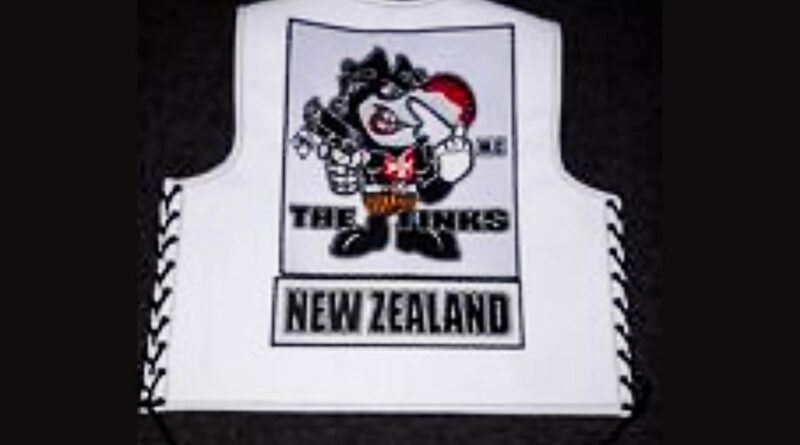 It is named after a cartoon character but the latest Australian gang crossing the ditch to New Zealand – announcing an official chapter on social media – is no laughing matter. Jared Savage reports.

Another Australian gang has established a chapter in New Zealand, the Herald can reveal, continuing a trend which has radically upset the pecking order in the local criminal underworld.

The Finks is the latest Australian gang to move across the Tasman, according to the police and posts on a social media account thought to be associated with the gang.

In recent years, outlaw motorcycle gangs such as the Comancheros and the Mongols set up local chapters after senior members were deported from Australia on character grounds.

Although these deportees comprise a relatively small proportion of the thousands of so-called “501s”, nicknamed after the section of the immigration law used to remove them from Australia, dozens of them stamped their mark in New Zealand’s criminal world.

Organised crime detectives believe these new gangs have a disproportionate influence because of their international connections, sophisticated counter-surveillance tactics, and aggressive use of firearms.

Last month, senior members of the Comancheros were arrested on serious drug and money laundering charges as part of the New Zealand arm of the global FBI sting, Operation Trojan Shield.

In particular, the Mongols have ruffled feathers with rival gangs marked by shootings and suspicious fires of businesses and cars, and a tit-for-tat war with the Head Hunters in Auckland that culminated in shots fired inside the five-star Sofitel Hotel.

The Mongols has an historical enmity with the latest Australian gang to set up a chapter in New Zealand, the Finks.

A private Instagram account heralded the “Official Finks Motorcycle Club New Zealand”, with a profile photograph of a Finks leather vest worn by patched members. A request by the Herald to follow the account was ignored.

Detective Inspector Paul Newman, of the National Organised Crime Group, said police were aware of the social media activity by the Finks.

“Such a chapter has been on the cards for some time and is continuing the trend we are seeing with Australian gangs like the Rebels, Bandidos, Comancheros and Mongols setting up chapters in New Zealand.”

Newman had “no doubt” this was hastened by the deportations under section 501 of the Migration Act in Australia, although he noted the Rebels and the Bandidos had arrived here years before the controversial legislation took force.

The police does not have a lot of intelligence on the numbers of Finks locally, Newman said, although he expected this information would not take long to “start rolling in”, especially when the gang attempted to establish their own territory.

The Finks started in Adelaide in 1969 but has chapters in other Australian states. The name comes from the Wizard of Id cartoon strip, where the peasants often shout “The King is a Fink!”

Members of the gang also use the same phrase as a catchcry, while the logo on their patch is a gun-toting version of the cartoon king’s jester, Bung.

In Australia, the Finks is very closely aligned to the Comancheros but has a violent rivalry with the Mongols.

This dates back nearly 10 years to when a large number of Finks “patched over”, or switched allegiances, to the Mongols after they arrived from the United States.

Newman said it was too soon to say whether the Finks would have the same alliances, or enemies, in New Zealand.

“We don’t know if this will be the case here as gang alliances and rivalries don’t always follow the same, with cultural and familial alliances taking precedence.”

The Herald understands that covert police investigations have established close friendships between members of the Comancheros and the Mongols in New Zealand, traditionally staunch enemies in Australia, because they grew up together.