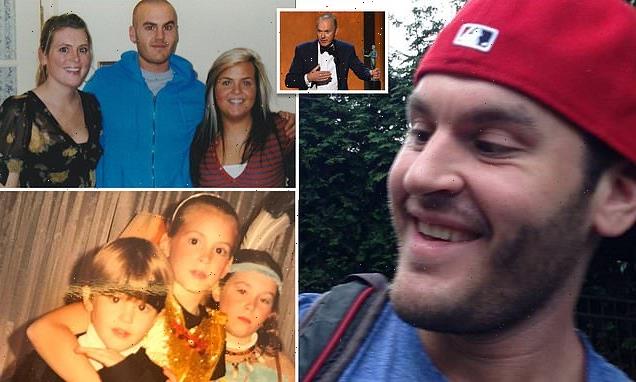 How Michael Keaton’s nephew lost his life to fentanyl overdose just WEEKS after going to rehab: 34-year-old who was honored by Dopesick star at SAGs was ‘fighting’ to beat ‘soul-sucking’ addiction – which has inspired his family’s own battle against opioid use

Last night at the Screen Actor’s Guild Awards, Michael Keaton paid a tearful tribute to his late nephew, Michael Scichilone who died from a fentanyl overdose on November 26, 2016.

Keaton, 70, won Outstanding Performance by a Male Actor for his role in Dopesick, a Hulu miniseries that tells the chilling story of the American opioid crises. ‘Given the subject matter,’ he said, ‘This is for my nephew, Michael, and my sister, Pam.’

Michael Scichilone, from Mt. Lebanon, Pennsylvania, was the son of Keaton’s older sister, Pamela Douglas, 72, and was just 34 years old when he died from an accidental opiate overdose, having spent years ‘fighting’ to overcome his struggle with addiction.

Touching dedications from family and friends on social media tell the story of a ‘fiercely missed’ and beloved son, brother, and uncle with an outsized personality, who lost his battle to addiction, just weeks after going to rehab in order to try and fight his substance abuse.

His sister younger sister, Emily wrote an impassioned plea on Instagram in October 2017, that read: ‘Last year on this day Michael was in rehab trying to “get better.” We owe him better. Let’s be compassionate. Let’s help people before they pick up drugs.’ 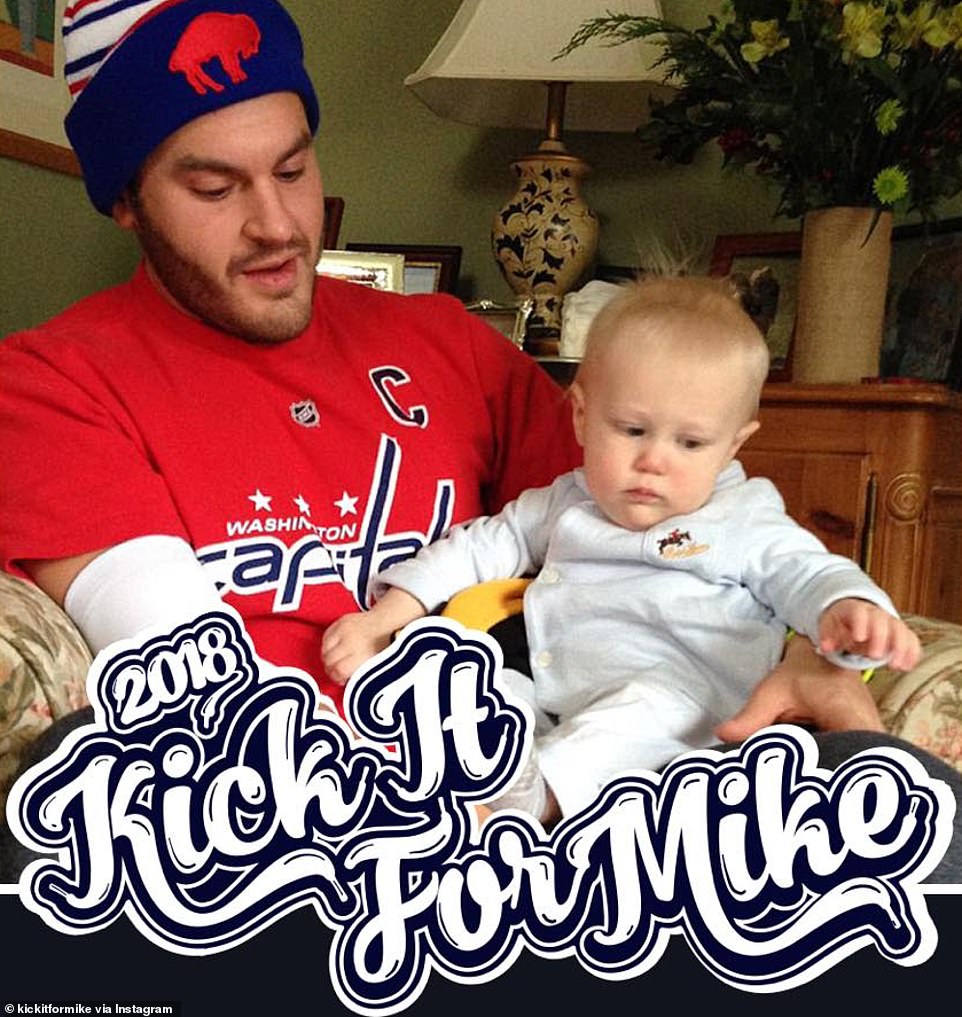 Actor Michael Keaton dedicated his SAG Award last night to his late nephew, Michael Scichilone, who died from an accidental heron and fentanyl overdose in November 2016 at the age of 35. He had been struggling with addiction and was trying to get clean at the time of his death 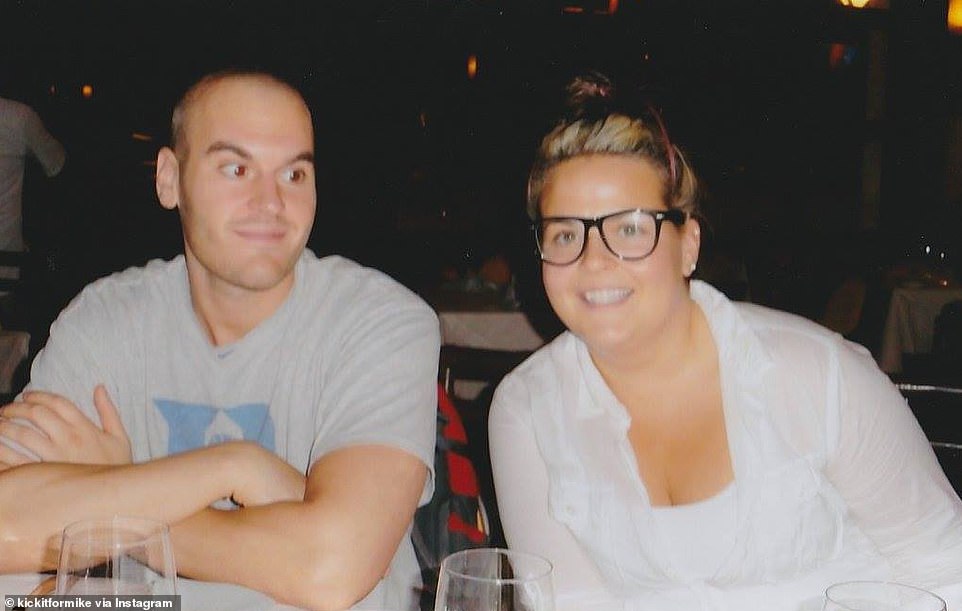 Hundreds of tributes on social media remember Scichilone as a ‘sports fanatic, athlete, amazing son and loyal friend.’ Above, pictured with his younger sister, Emily, who currently resides in Chicago and works as a makeup artist 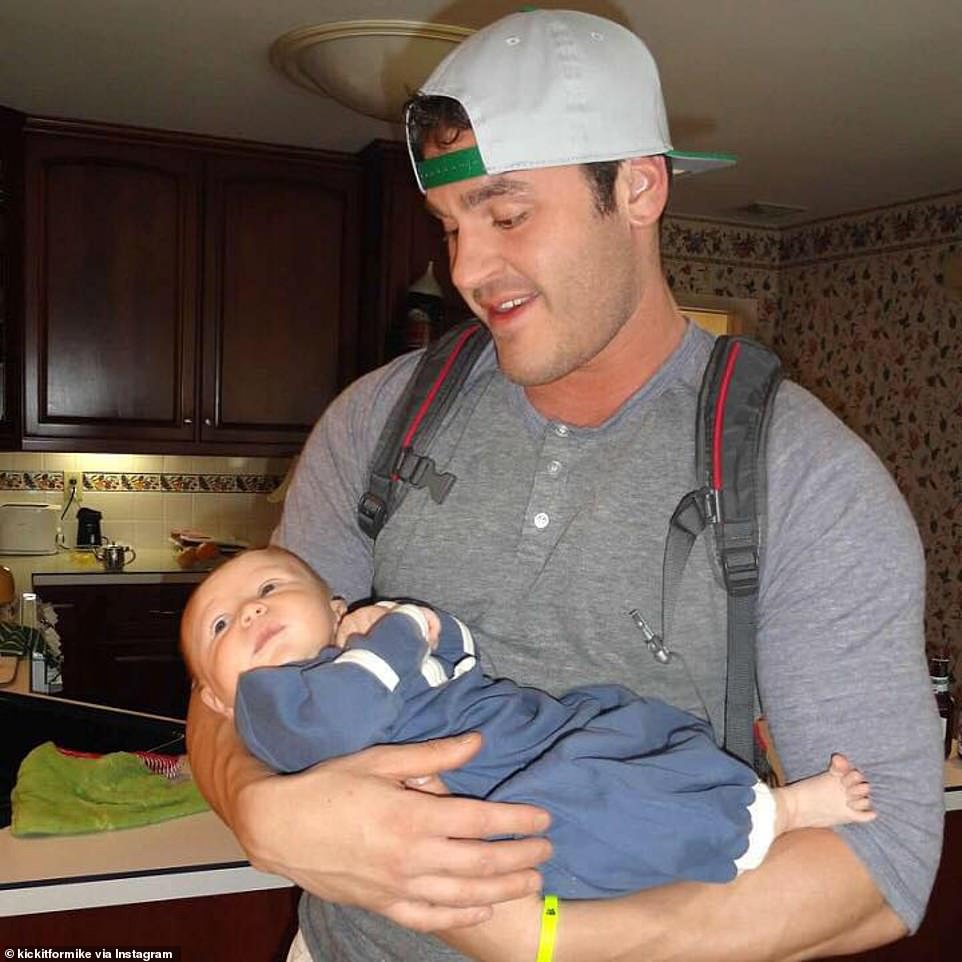 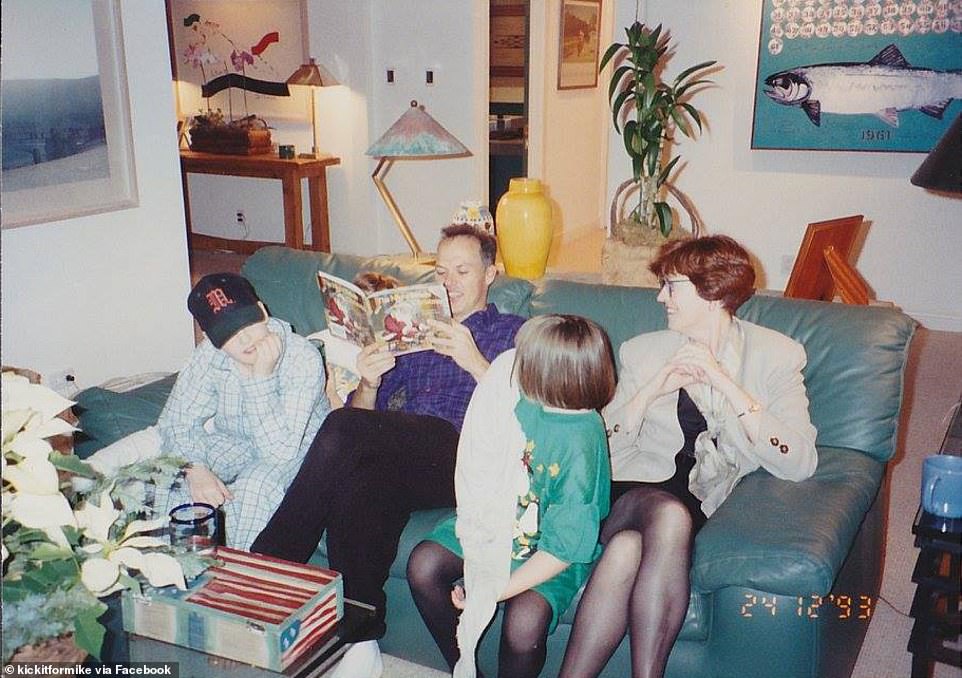 Happier Times: Michael Scichilone (left) is pictured on the couch with his famous uncle reading a book in 1993 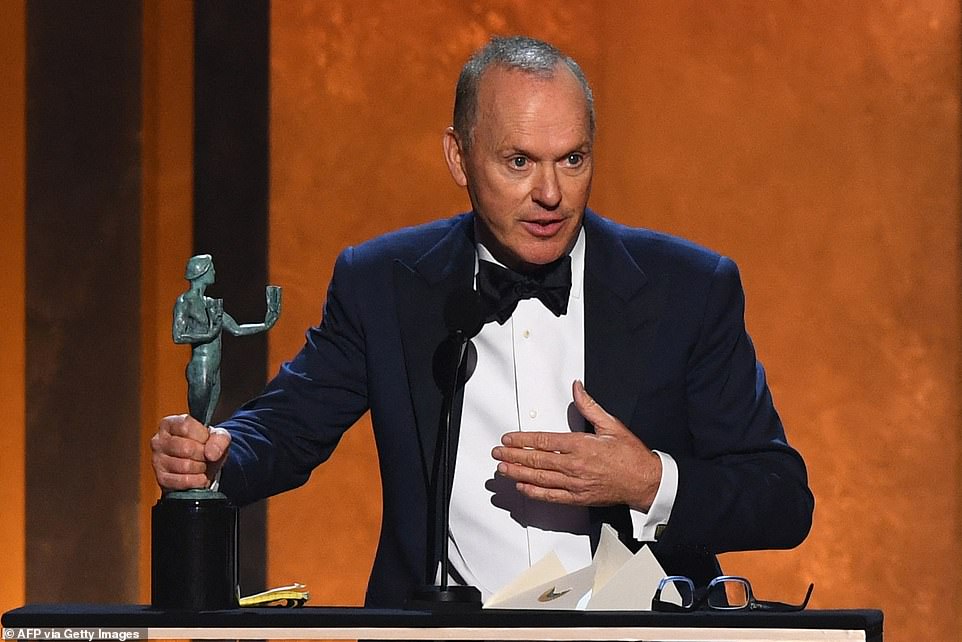 Keaton, 70, won Outstanding Performance by a Male Actor for his role in Dopesick, a Hulu miniseries that tells the chilling story of the American opioid crises. ‘Given the subject matter, this is for my nephew, Michael, and my sister, Pam,’ he said while choking back tears

Although it’s not known how long he struggled with addiction, Scichilone attended and graduated from high school but is not thought to have completed a college degree.

His obituary says that was an ‘avid sports fan, athlete, amazing son and fiercely loyal friend.’

Like his famous uncle who got his start as a stand-up comic, Scichilone is remembered for his ‘sense of humor’ and putting a smile on ‘any kid that had a chance to be around him.’

In Dopesick, Michael Keaton plays a rural doctor who falls victim to a pharmaceutical company’s deceptive advertising and business practices before struggling with addiction himself.

‘You become consumed by the addiction,’ he told The New York Times. ‘It’s soul sucking. It takes really great people down.’

Keaton, who is also an executive producer, was motivated to participate in the series because he says he takes ‘pride in holding those people accountable for the victims of this opioid crisis.’

‘There were moments where we were reading the script, and you would say, ‘Jeez, this is Michael’s story,” he explained to the Times.

In honor of Scichilone’s life, his family members have started the ‘KICK IT For Mike’ foundation, which hopes to raise awareness through education.

The organization is run by his mother, Pamela, who still lives in Pittsburgh (not far from where the Douglas family grew up), and two sisters: Meghan, who works as a real estate agent in Mr. Lebanon and Emily, who currently resides in Chicago as a makeup artist.

Dozens of photos across their social media platforms reveal Scichilone’s happy childhood, dressing up in costume, playing in mud, jumping in the pool and laughing with his famous uncle on the couch. Later in adolescence, Scichilone is pictured going to prom, posing with his ‘buddies’ and attending his older sister Meghan’s wedding.

In a video posted to the ‘KICK IT For Mike’ foundation page, Scichilone’s nephew is seen talking shop while watching sports. The touching caption reads: ‘So many things make me miss Michael but NOTHING as much as when Cash talks sports. Wishing he could analyze the draft with this new sports nut.’

It is unclear how Scichilone’s addiction began, but posts throughout the ‘KICK IT For Mike’ Facebook page condemn the Sackler family (owners of Purdue Pharma) and makers of the blockbuster opioid OxyContin.

‘This is outrageous,’ reads one caption with a link to a New Yorker story titled ‘The Sackler Family’s Plan to Keep its Billions.’

‘Disgusting’ is written above another repost of a story in the Washington Post about Walgreens handing out ‘one out of every five oxycodone and hydrocodone pills’ during the ongoing opioid crises.

Another clip on Instagram warns parents of the dangers of prescription drugs and over the counter medications, in ‘Five Important Safety Tips Every Parent Should Know.’

Synthetic opioids which include fentanyl, OxyContin, oxycodone, and heroin are currently the leading cause of death in America, with nearly 79,000 people in the age range dying to them between 2020 and 2021.

Dopesick covers the opioid crises from the perspective of patients, doctors and prosecutors trying to hold Purdue Pharma accountable for sending an army of salesmen across the country to sway doctors into prescribing OxyContin over competing painkillers. The strategy would make the Sackler’s one of the richest families in America. 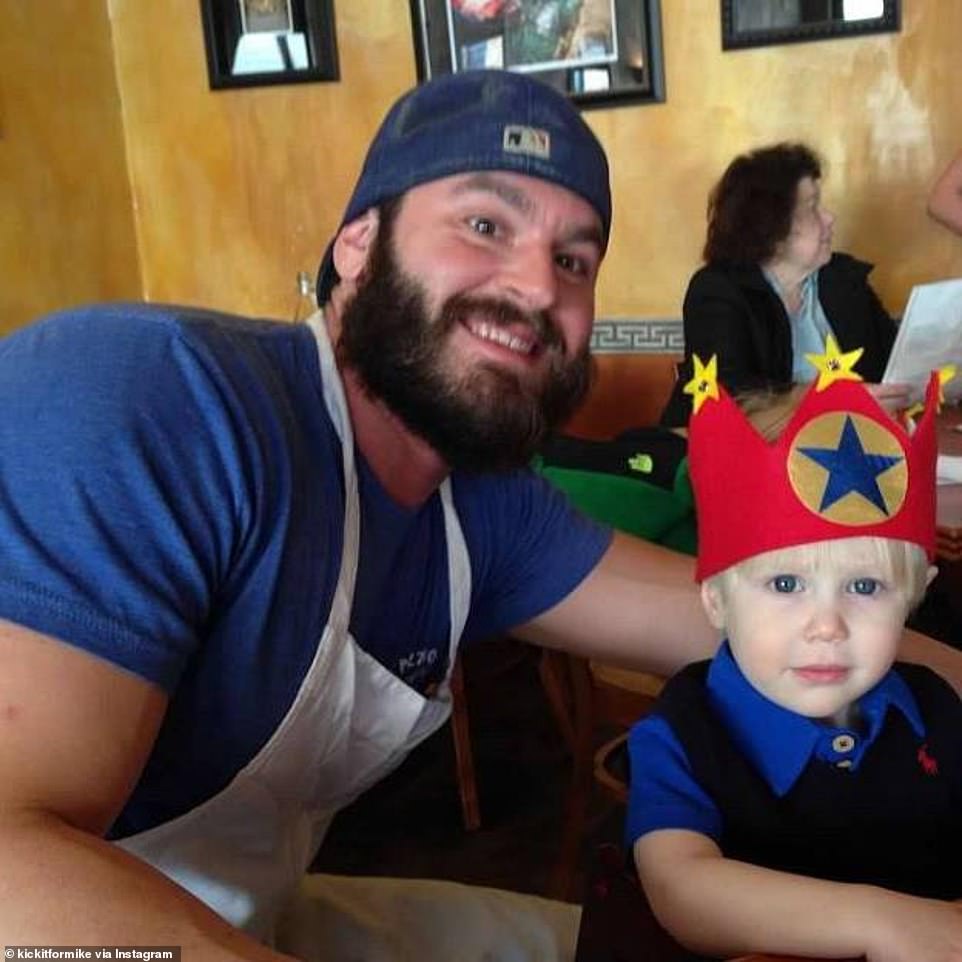 His obituary on Legacy.com says, that ‘Michael was kind, generous, hard working and thoughtful. His sense of humor and huge heart touched many’ 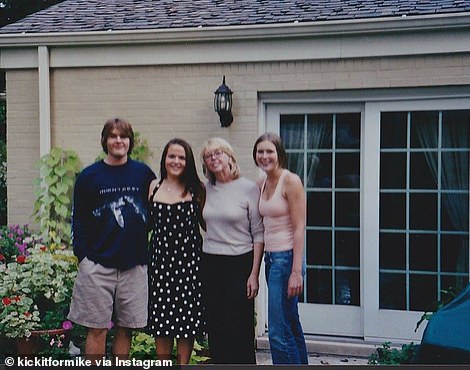 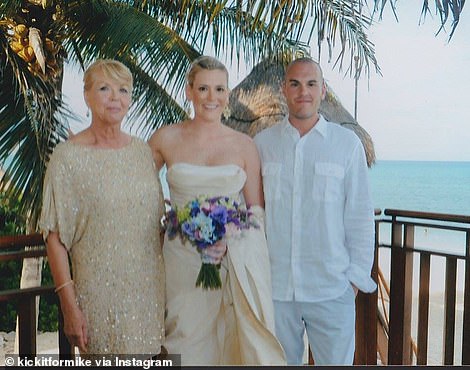 Photos across social media showcase a typical adolescence, with pictures of prom and family vacations with his two sisters Emily and Meghan, and mother Pamela Douglass 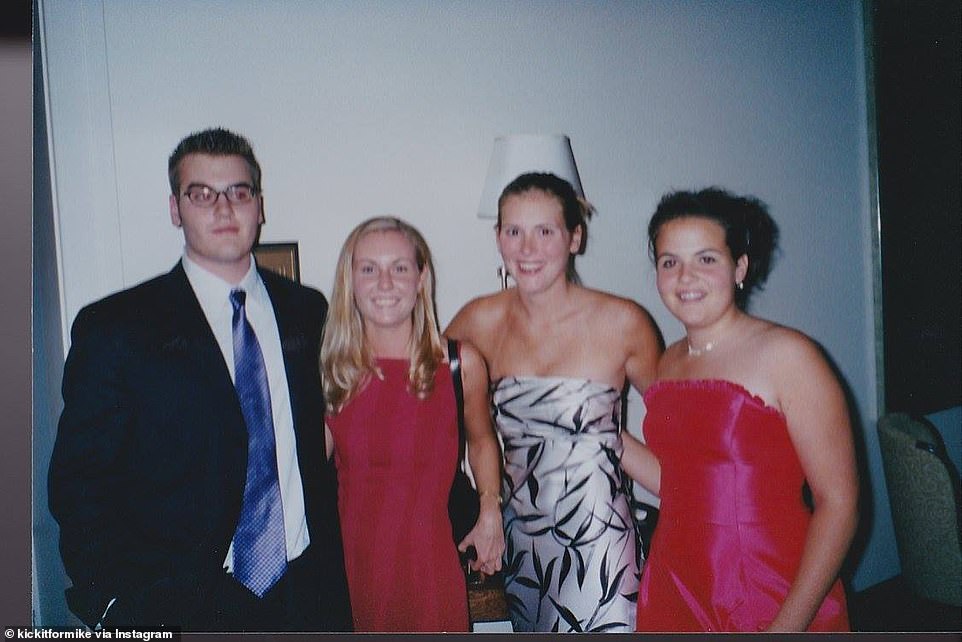 Although it’s not known how long he struggled with addiction, Scichilone attended and graduated from high school but is not thought to have completed a college degree 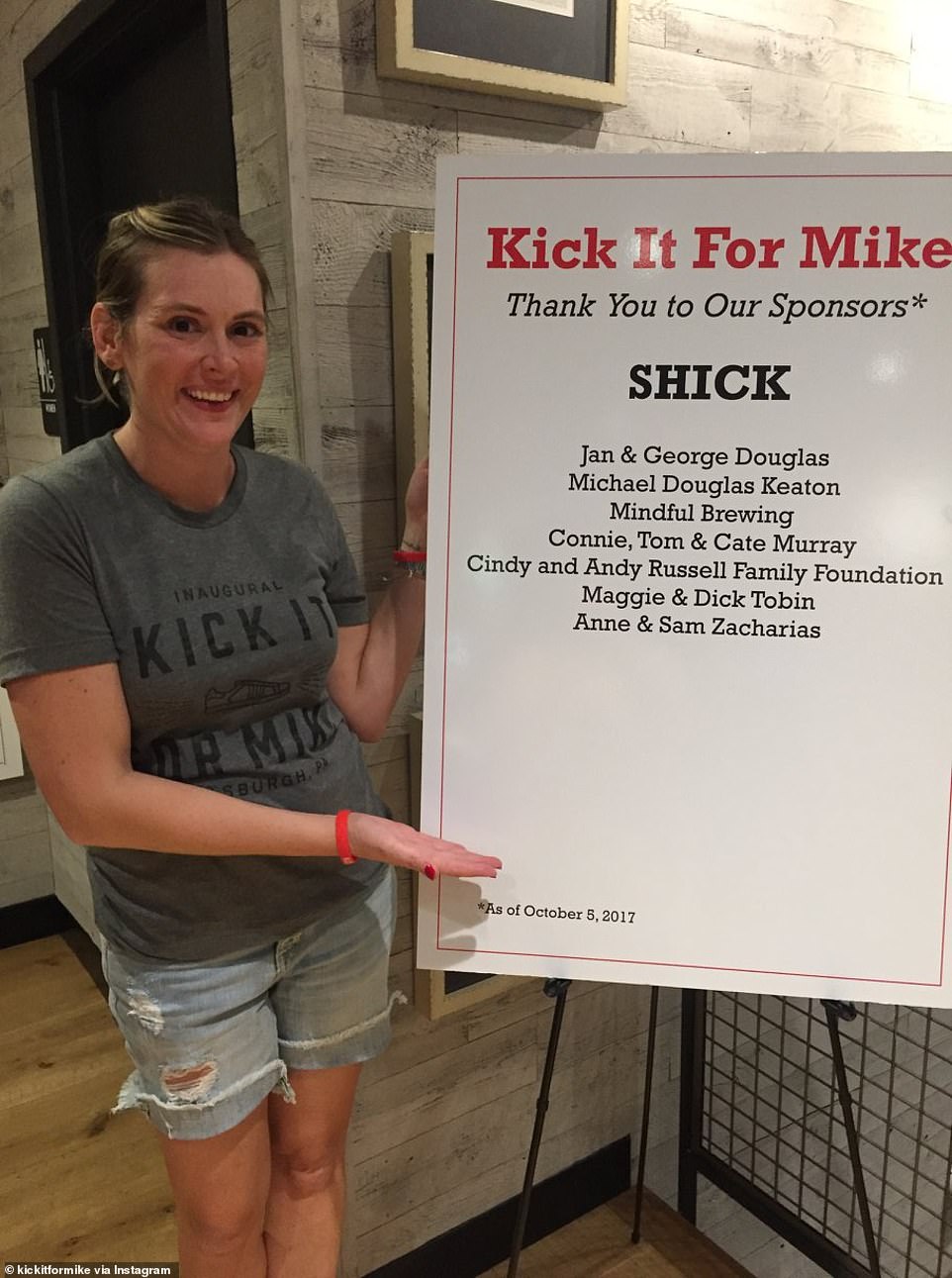 In honor of Scichilone’s passing from drug addiction, his family have started the ‘KICK IT For Mike’ foundation which hopes to raise awareness through education. Above, Michael Keaton’s name is listed as one of its sponsors 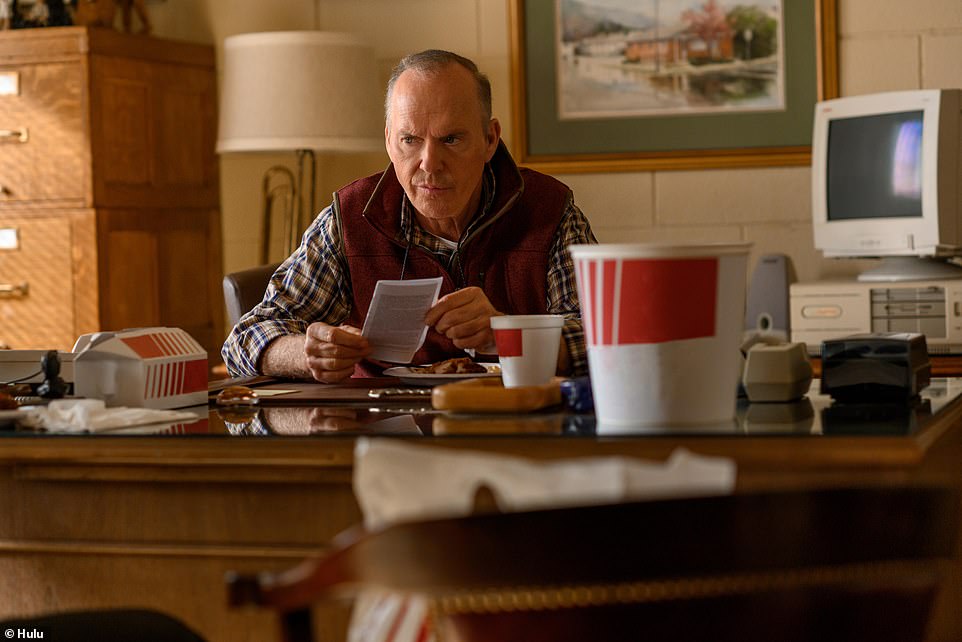 Keaton, says his role in the Hulu miniseries, Dopesick,‘is personal.’ He plays a rural doctor who falls victim to a pharmaceutical company’s deceptive advertising and business practices before struggling with addiction himself 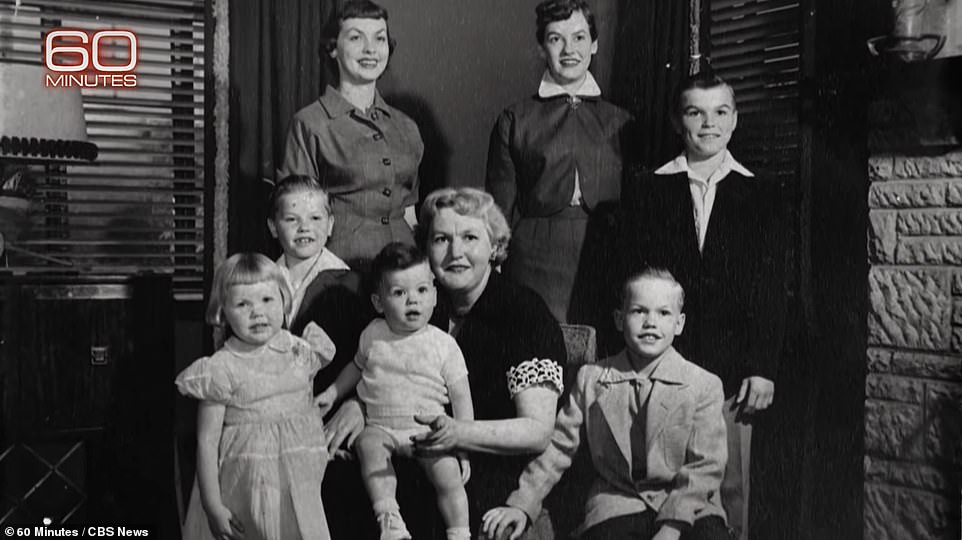 Michael Keaton (center) is the youngest of seven siblings, born to an Irish Catholic family in McKees Rocks, Pennsylvania. His birthname, Michael Douglas, had to be changed for acting because there was already a ‘Michael Douglas’ in the Screen Actor’s Guild

The Hulu series depicts how those who begin to abuse the highly- addictive prescription drug crush the tablets into a powder, before escalating to stronger substances like heroin and fentanyl to get their fix.

Michael Keaton told the New York Times that it was important for him to be able to say, ‘At least I did something that maybe meant something to someone.’

Indeed, Dopesick is personal for him on many levels. Not only did he tragically loose his nephew to addiction, but his home state of Pennsylvania has been one of the hardest hit areas affected by the opioid crises. At least ten people died everyday from overdose in 2017.

Meditating on why he selected this role, he said: ‘I don’t think I believe that I have a responsibility exactly, but you wouldn’t want to leave the world going: ‘I could have been a mensch. I could have turned somebody around.’