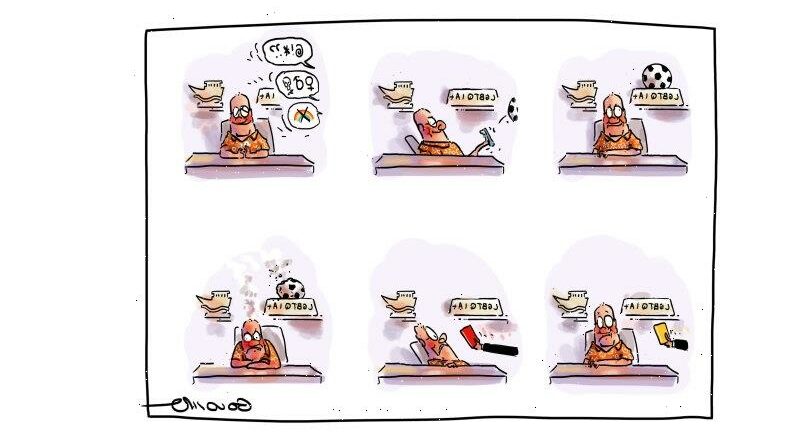 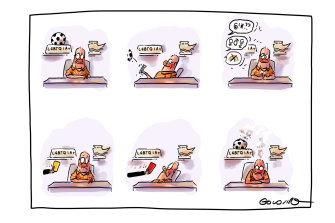 I rate Warren Entsch as a good and decent bloke from my experience of him in the late ’90s when I served as chief-of-staff to a federal minister. But it is a bit rich for him (and Peter Dutton) to claim the Prime Minister was misled by several Liberal MPs over the Religious Discrimination Bill (The Age, 12/2). Warren, how many times has Scott Morrison misled you, your colleagues and us plebs in the cheap seats?

And there is a fair chance those serial texters (Gladys Berejiklian, Barnaby Joyce and the unidentified minister), for starters, may have kept their own score-card on Morrison’s veracity. The biggest surprise for me is that Warren, given his record of decency and compassion, did not cross the floor in support of trans kids.
Ken Smith, Richmond

I love (not) how the Liberal Party and its MPs are making the failure of the Religious Discrimination Bill all about them and their leadership. They have shown a complete failure to read the room.
Diana Sheldrick, Yarraville

Onus is on our leaders

Thanks, Tony Wright (Sunday Age, 6/2) for your insightful parody on the escapades of Scott Morrison and Barnaby Joyce et al. The Prime Minister’s next move could be to drag Richard Colbeck to visit an aged care facility to wash the feet of the deserving residents.

Not only would this guarantee front-page coverage, they would learn about the piteous situation in which many of our elderly, whose welfare is their responsibility, live. We could hope this would lead to much needed funding to alleviate the residents’ plight.
Rob Evans, Glen Iris

In support of secular

In response to Waleed Aly – “A search for the middle ground” (Opinion, 11/2) – there is an even simpler solution to reconciling the conflicting principles in the religious discrimination legislation. Have a truly secular education system. Discrimination against students or teachers should not be tolerated. Religion is a matter for individuals and families.

The state should not be funding the teaching of any religion, be it Jewish, Hindu, Islamic, Christian or whatever. Nor should it fund a system that favours the wealthy over the rest. And the spin-off from not funding it might be that by mixing in the school ground, our kids learn to be kinder and more tolerant of one another.
Jenny Macmillan, Clifton Hill

How to demotivate 10 million residents from getting a third COVID-19 vaccination? The solution: require international tourists coming here to have only two jabs.
Ian Gribble, Point Lonsdale

I had no idea of the mountain of stress that overseas and retired teachers have to endure to get local teacher registration. Thank you, Jon Faine – “The classroom conundrum” (Sunday Age, 6/2) – for the enlightenment. Does life really have to be this difficult? It seems there is not enough support and encouragement in the system. And this is something that many people need right now.
Anne Flanagan, Box Hill North

Fight for the residents

Is no one protesting about the proposal for a third runway at Melbourne Airport? The current flight paths already impose terrible noise on a huge stretch of the western suburbs, an area that has a high population of families and small children.

A third runway would double the number of aircraft, which would have a terrible impact on those who live underneath. Surely someone out there has the interest of these people at heart, but I hear and see nothing to that effect.
Margaret Dugdale, Newport

I cried when I heard about the cuts to the the National Disability Insurance Scheme because the service provided was not “value for money”. When watching carers/parents providing services for disabled or impacted people, l only have admiration for the care and time they give. Obviously the people who are making the funding cuts do not have any empathy or understanding of the needs of people with a disability.
Lou Ferrari, Richmond

Did I hear right? Scott Morrison may halve the excise tax on beer while, at the same time, cut NDIS payments to those with autism and intellectual disabilities?
Gary Tatterson, Traralgon

Importance of a word

Sitting down enjoying a Sunday morning breakfast whilst tackling the puzzles page (Sunday Age, 6/2), I was very disappointed to read one of the Giant Crossword’s clues. I appreciate that it is composed by a third party. However, in the interests of neutrality, it would have been better if the clue had been: “Which revolutionary leader and chairman of the PLO shared (not won) the Nobel Prize?“
Denise Kain, Caulfield South

How to save the farm

Regarding the “convenient argument” about the danger of snake bites at Collingwood Children’s Farm (The Age, 10/2), I suggest installing solar-powered, ultrasonic, snake deterrent devices and snake-bite kits rather than demolishing the farm.
Bruce Watson, Clifton Springs

I differ with your correspondent who says our “history prior to settlement is based on myths, handed down over generations” (Letters, 9/2). First Nations people have a strong oral history that has been validated by sciences like archaeology and geography. It should not be diminished because it is not written.
Helen Pereira, Heidelberg Heights

Times have changed, Geoff Lipton (Letters, 12/2); we now respect politicians for what they say and do, not for the position they hold.
Brian Caddell, Blackmans Bay, Tas