Home » World News » The world's most bizarre houses revealed – including homes shaped into giant pianos, crocodiles and a even a TOILET

MOST people dream of being able to save up and afford to buy a standard house with the regular four walls and a couple of bedrooms if you're lucky.

But some homeowners have gone all out with their property – here we have pulled together ten of the most outrageous houses from all over the world. 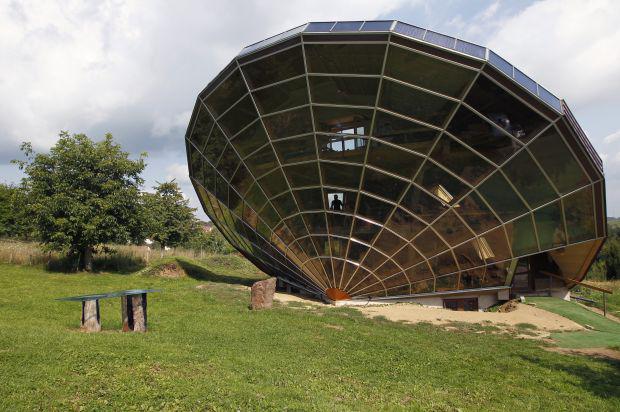 Dubbed the Heliodome, this house in France has been described as the “ultimate solar architecture”.

Its eye-catching design – constructed by a cabinet maker – is not just for a unique look but to capture the maximum amount of solar rays as possible.

It provides free heating in the winter and cools down the house in the summer.

But although it is an eco-friendly way of producing heat, many locals have complained about it’s look saying it doesn’t fit in with the French countryside.

Light up your life 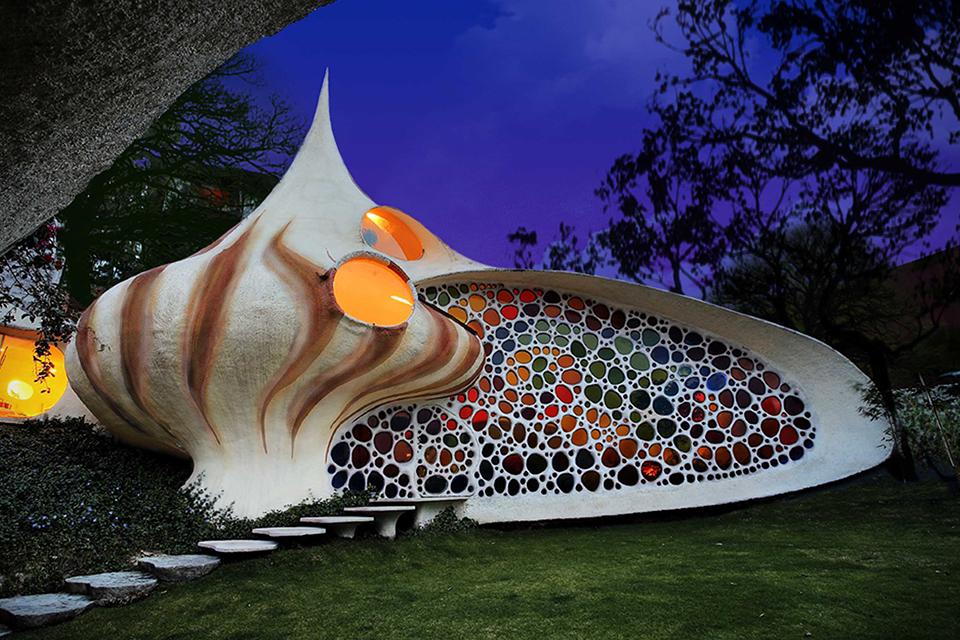 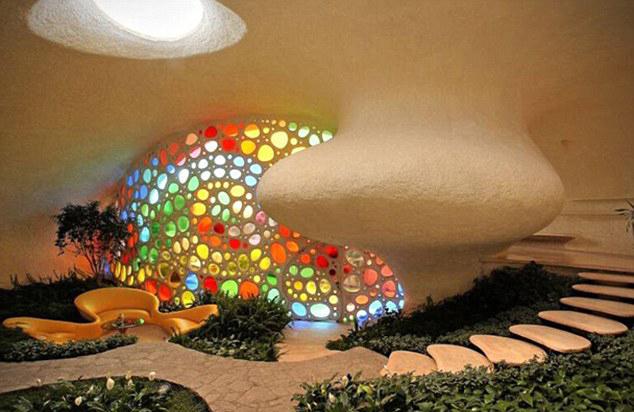 The giant seashell house is a joy to look at – with dozens of coloured mosaics that light up the indoors living space.

The multicoloured house is in Mexico City and was built in 2006.

It is full of plants and natural light after being carefully designed but has all the features to make it a modern home.

Despite its unusual shape it was designed to fit in with the natural surrounding and make the occupants feel like they were immersed in the wilderness. 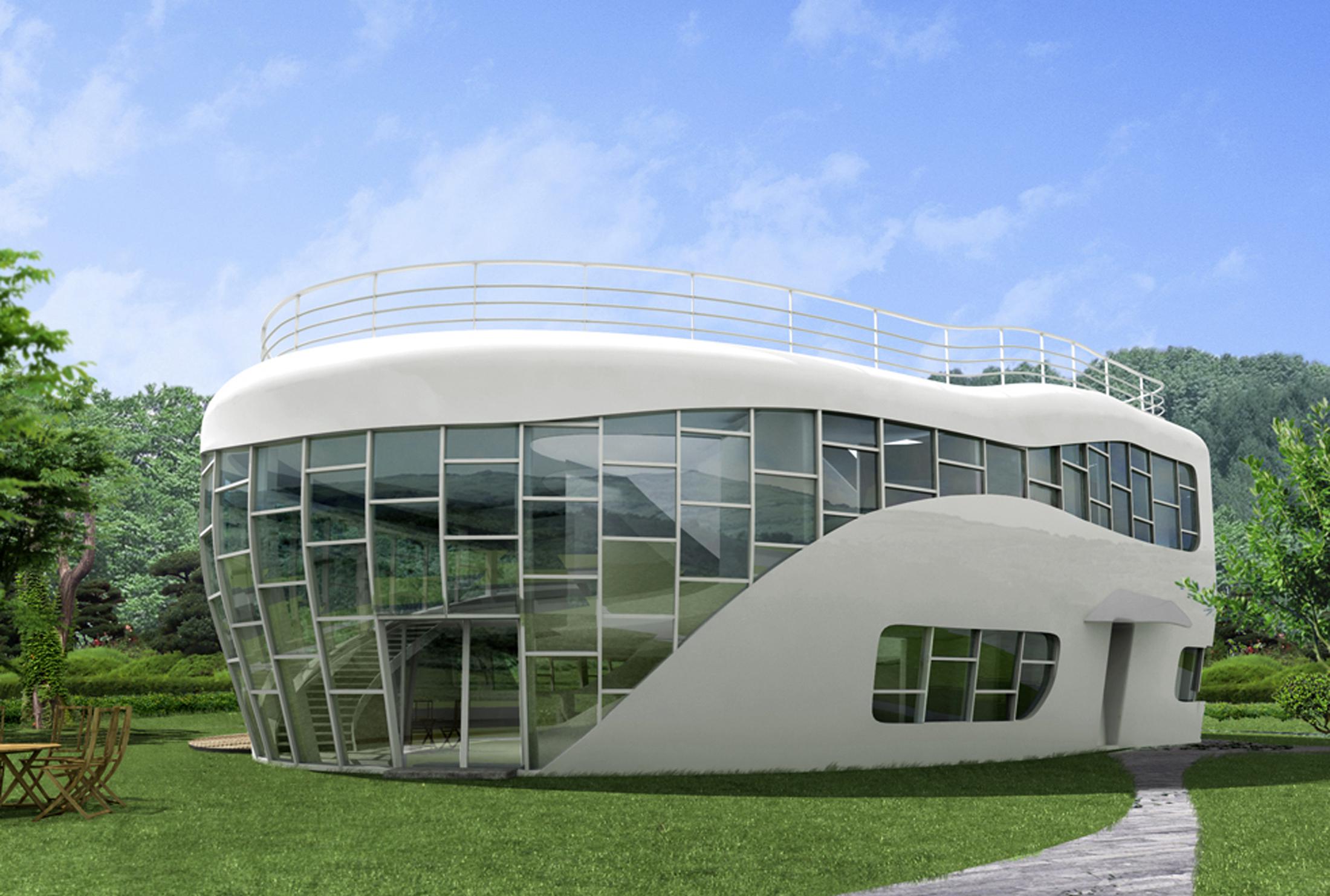 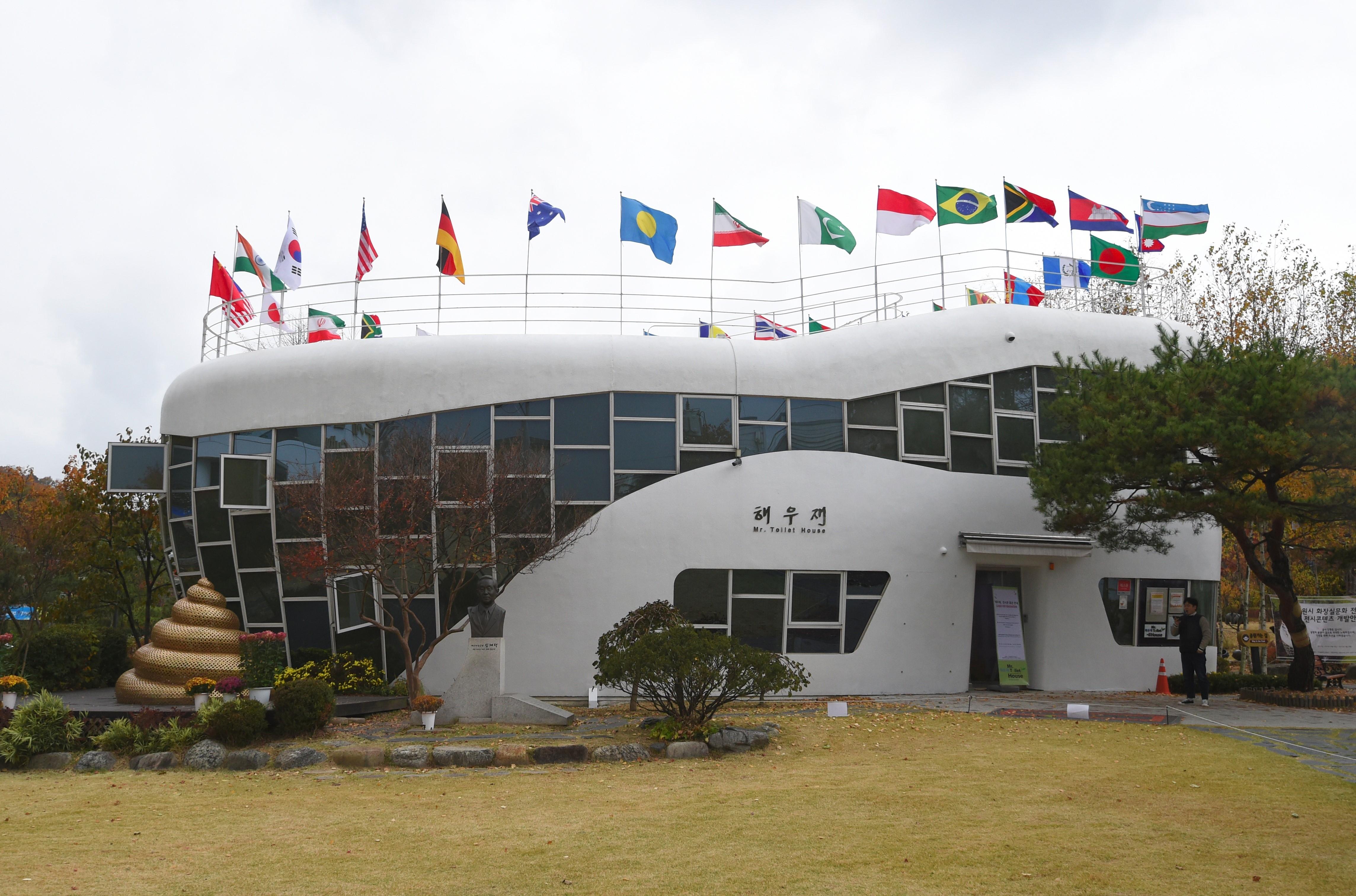 This WC-shaped house is made from steel, white concrete and glass, with a suggestive opening in the roof.

It is in Seoul, South Korea, and continues the bathroom theme as it is full of toilets.

The toilet house was built by Sim Jae-duck, chairman of the organising committee of the Inaugural General Assembly of the World Toilet Association.

It is called “Haewoojae” which means “a place of sanctuary where one can solve one’s worries” in Korean.

Dancing on the ceiling 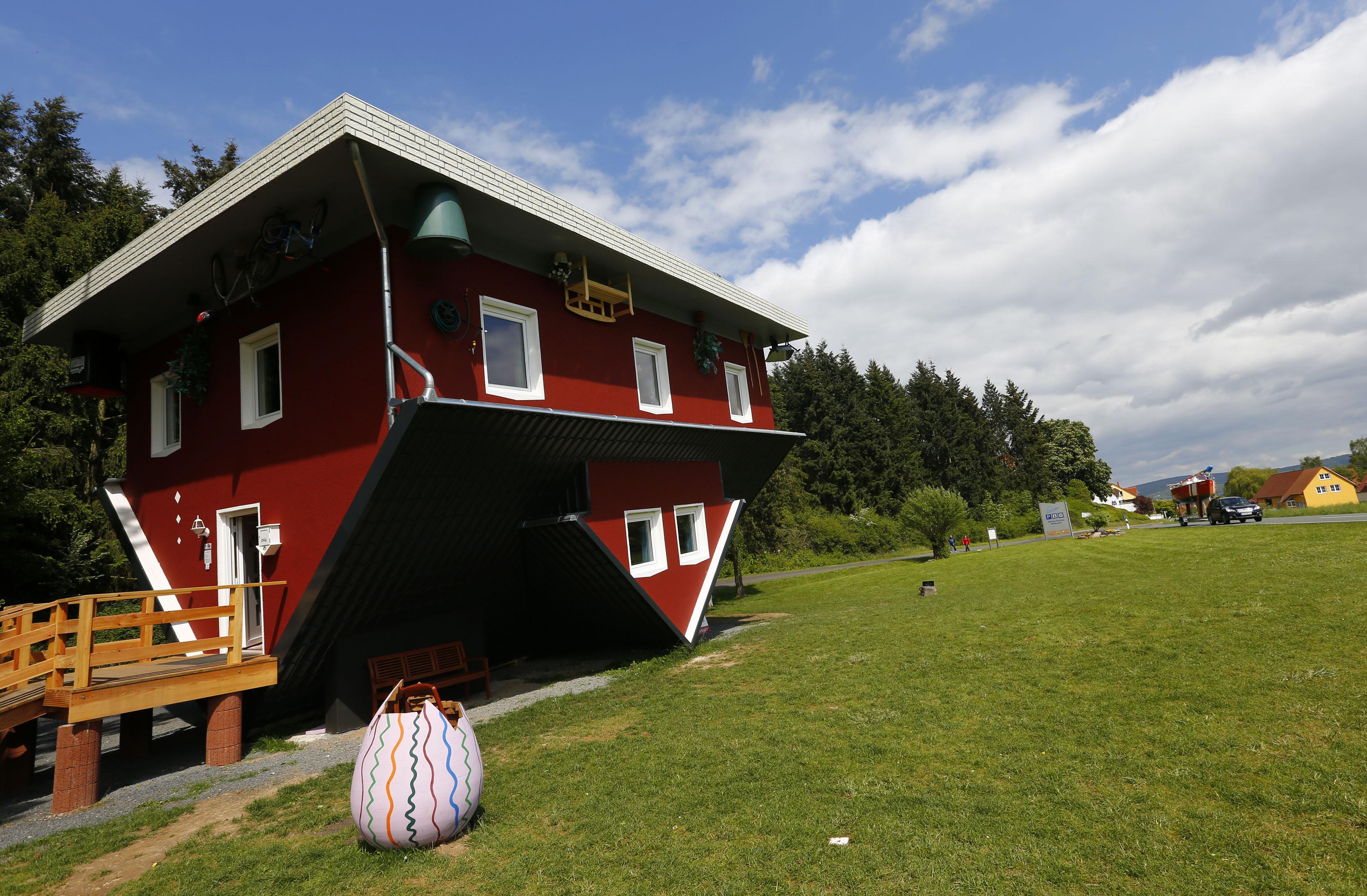 The upside down house is in Affoldern, Germany, and took only six weeks to build.

It cost about €200,000 and has an interior which is very disorientating to visitors.

It was build in the village near the Edersee Lake in 2014, and comes complete with bedrooms, a kitchen and bathroom.

Every item, including crockery, a bath, knives and a toilet, is glued to the ceiling. 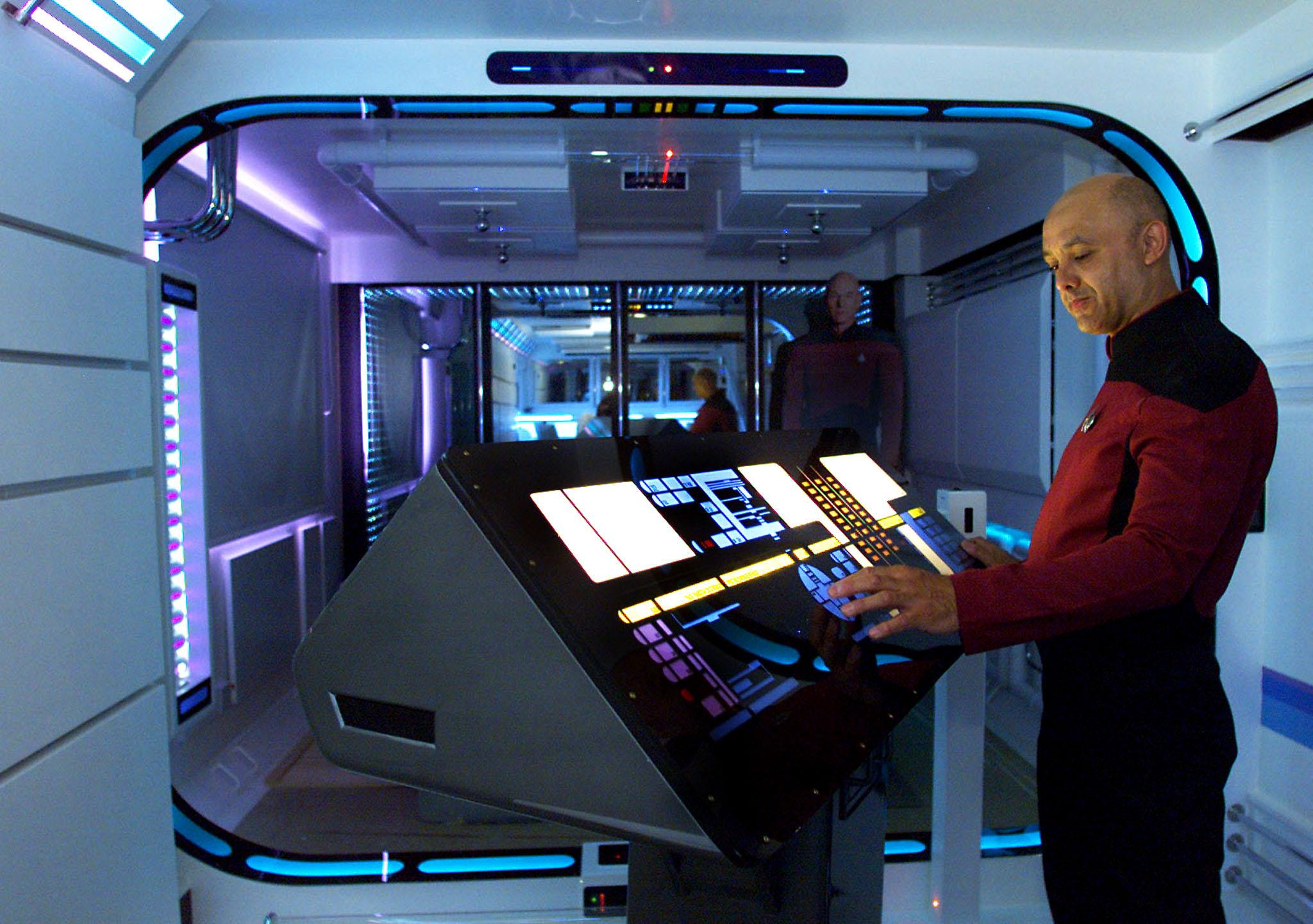 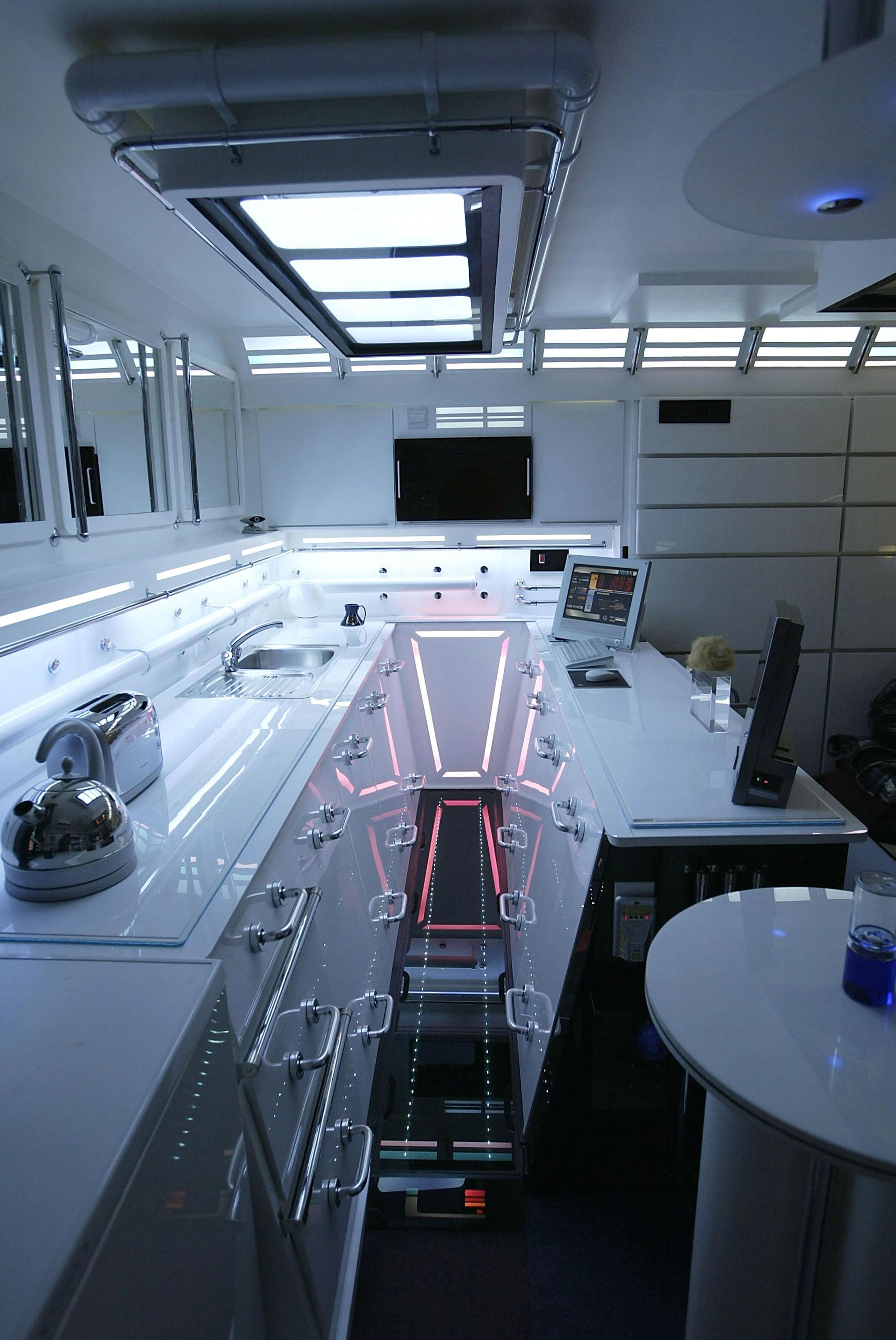 Star Trek fans can live in a replica of the Voyager, complete with out of this world lighting and decor.

The studio flat in Hinckley, Leicestershire, has been lovingly decked out with the main commands control.

No detail has been overlooked in the 34m2 flat in the Midlands.

It’s how you use it 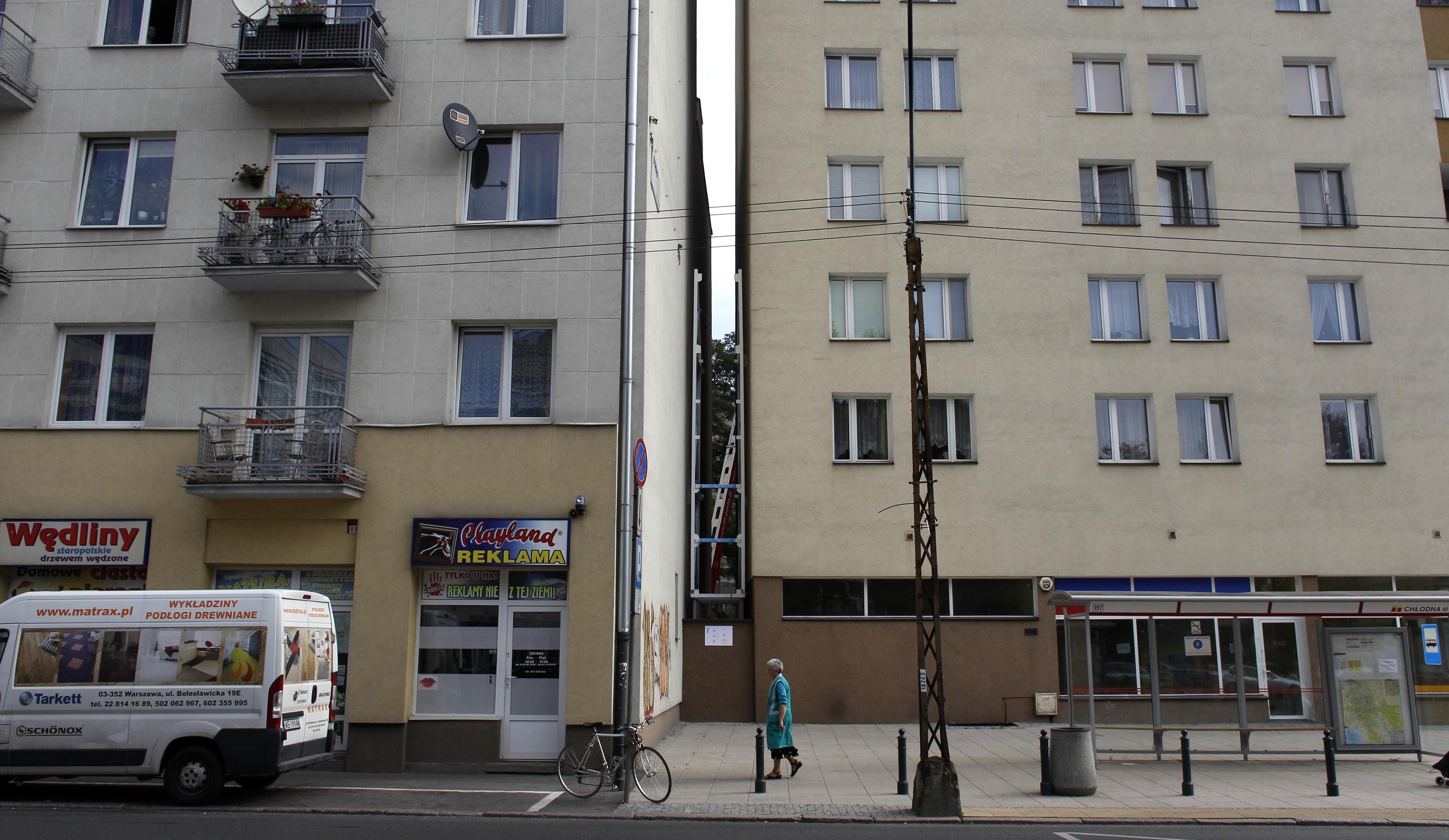 The Keret House in Warsaw, Poland, was the world’s narrowest house when it was built in 2012.

The tiny structure is squeezed in between two other buildings and has been described as more of an art installation.

Apparently not as claustrophobic as it looks at 122cms at its widest point, a long ladder takes the occupant up through various rooms, which look more like shelves.

It was planned to be a temporary home for travelling writers. 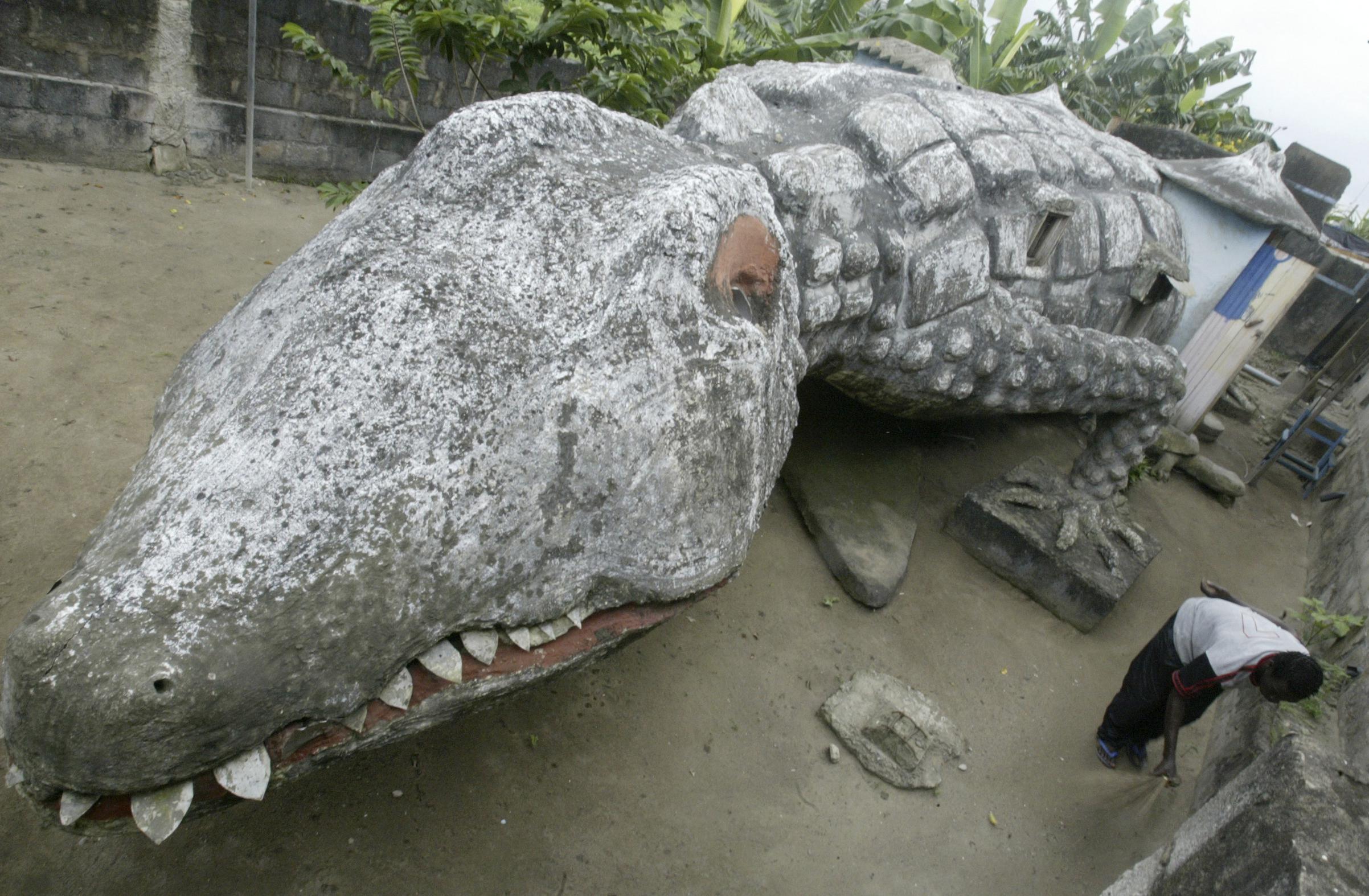 This snappy home is the work of an artist who died two months before it was completed.

The crocodile house in the middle of Abidjan, Ivory Coast, is completely hollow.

It was completed in 2008 and is now lived in by Thierry Atta, who helped to build it.

With windows and a bedroom the unique home is completely liveable and is a popular meeting place for many people in the neighbourhood.

Between a rock and a wet place 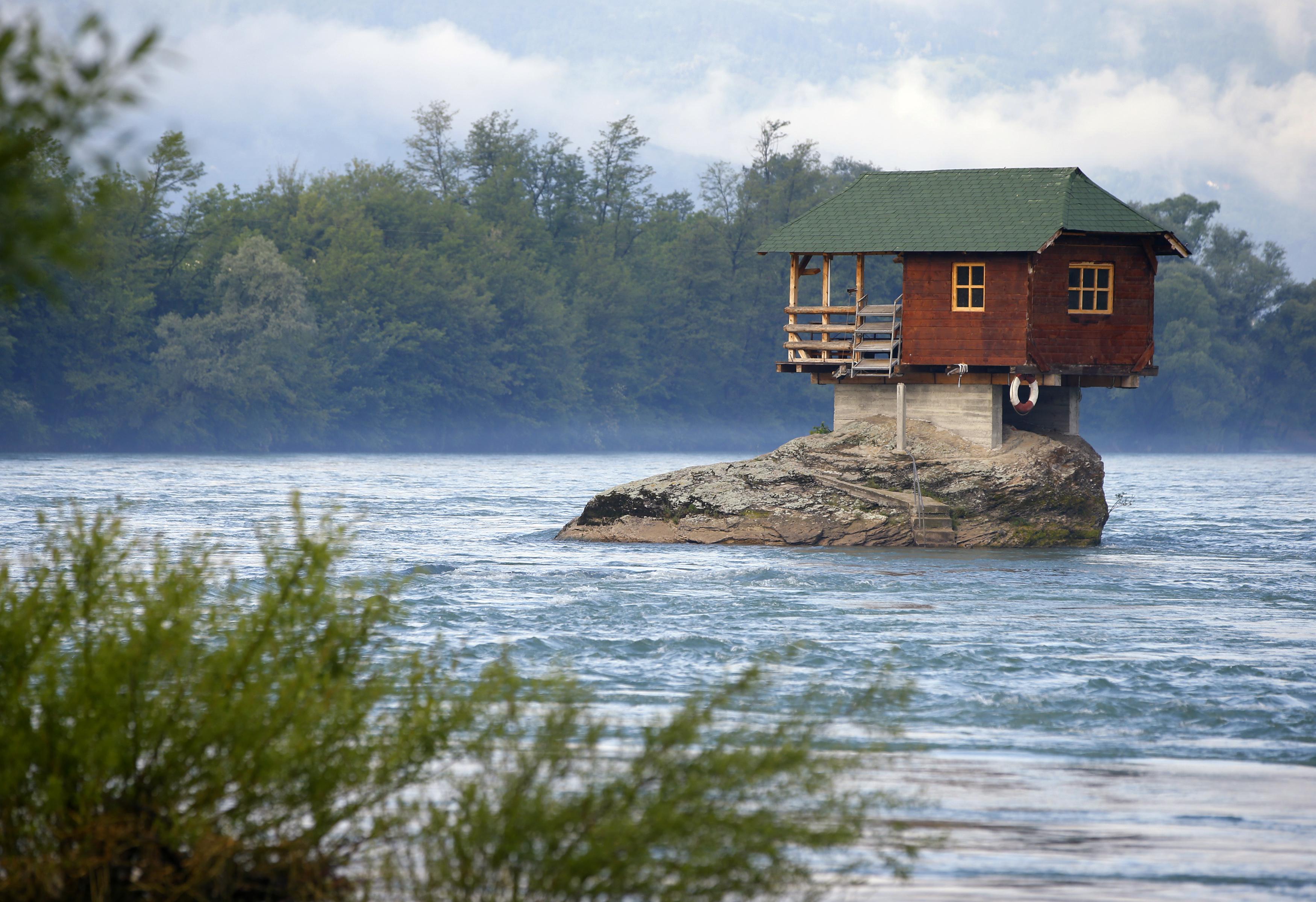 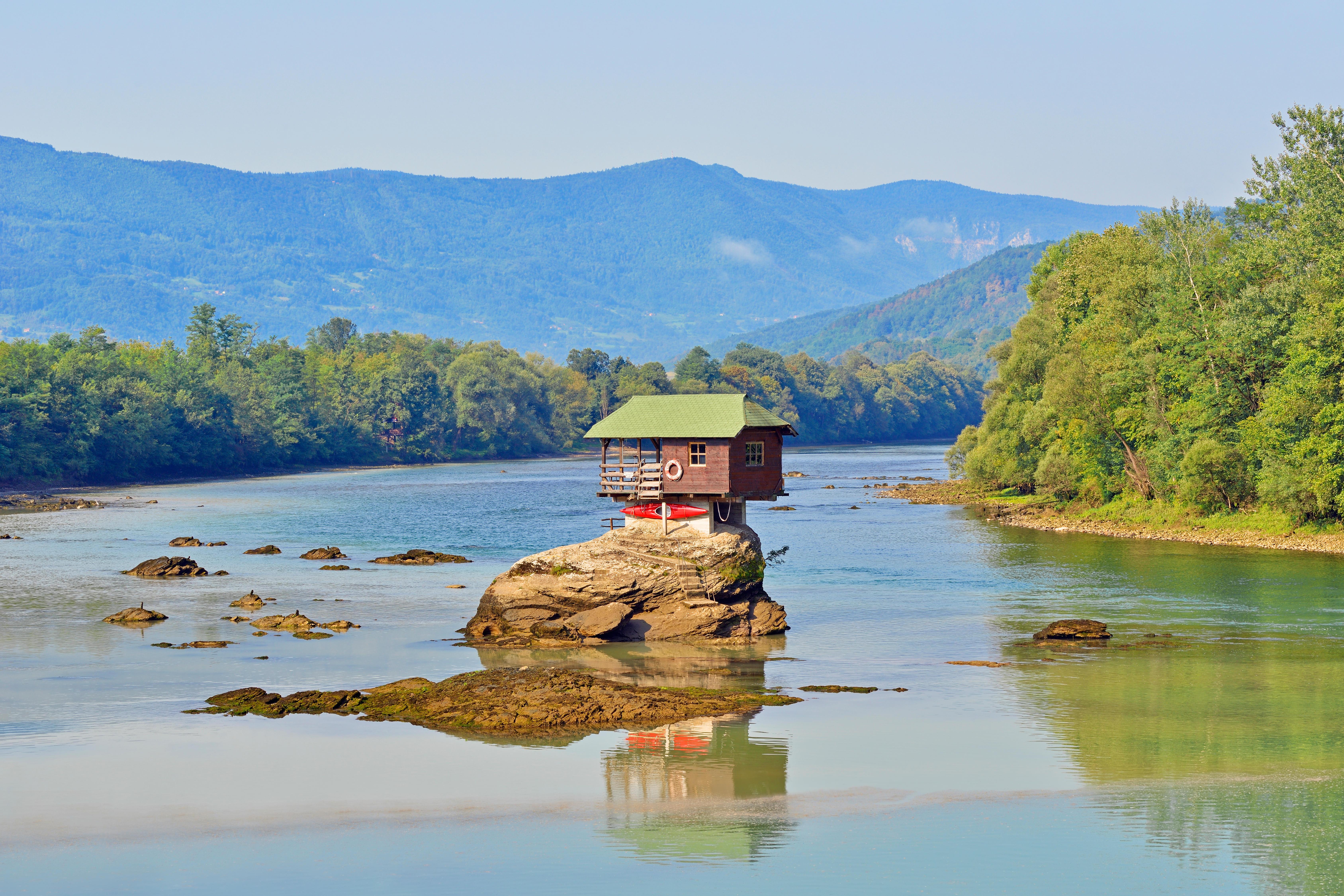 This lonely house was built in the middle of a river in 1968.

It is perched on a small rock near the Serbian town of Bajina Basta.

It was built by a group of young men who thought the rock would be the best place for a tiny shelter, after they needed to rest while out swimming.

The man who lives there today was part of the group and has seen off floods and high winds in his little home. 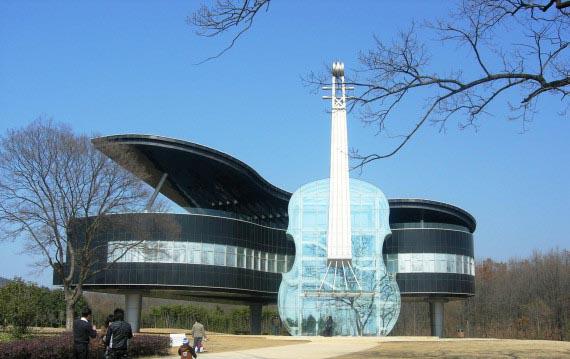 One of the strangest homes in the world is one shaped like a giant glittering grand piano and a violin.

It features a glass violin propped up against the huge piano, which is the entrance to the house.

The piano has a roof terrace beneath a canopy shaped like it’s open top.